In 1992 a young-woman, Rachel Nickell, was tragically murdered on Wimbledon Common, while out walking with her two-year old son and many lives were destroyed… not only by the brutal killing, but by the subsequent media frenzy that lead to one of the most controversial and catastrophic police investigations of its time.

Now a brand-new four-part, true-crime drama, Deceit looks at the fallout from the shocking killing of the vivacious 23-year-old at the start of her adult life, and the ensuing investigation. Following its transmission on Channel 4, the gripping new series is set to arrive on digital from 4 September and on DVD 20 September 2021 courtesy of Acorn Media.

When BBC Crimewatch aired, witnesses identified a man often seen walking his dogs on the Common… that man was Colin Stagg. Lacking forensic evidence to link him to the crime, the Metropolitan police – pressured by the media outrage, and their obsession with justice – are determined to catch the guilty man before he kills again, and so, devise a plan to ensnare him…

Written and produced by Emilia di Girolamo (Law & Order UK) this captivating and challenging drama shows the female perspective and explores the historic treatment of women.

If you entered this prize draw to own 1 of 3 copies of Deceit, you’ll find many more like this on our competitions and quizzes channel.

Our aim is to provide content for 'grown-ups' bringing you the latest lifestyle, travel and recipes. Plus health and finance tips from our expert columnists. Have your say on stories that matter to you and enter our free competitions and most important of all, enjoy 50connect!
Tags: Deceit DVD Last modified: September 21, 2021 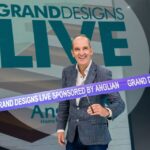 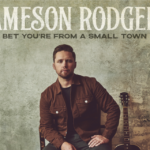