Get your hands on a StagePlayer+ voucher worth £50! 2 lucky winners will each win a code worth £50 to spend on StagePlayer+’s exciting productions from their Rewards Collection of shows, concerts and plays. This Collection includes some of the very best productions, from Nile Rodgers & Chic in Concert to David Tennant starring in the Royal Shakespeare Company’s award-winning production of Richard II.

StagePlayer+ streams a world of arts & culture, from theatre, concerts, musicals, comedy, dance, fringe, opera and short films, all in one app, to over 82 million TV households worldwide on Fire TV.

Guaranteeing a user-friendly, ad-free, HD experience, StagePlayer+ gives viewers unrivalled access to a vast amount of content from multiple providers and genres which can be streamed live or viewed on demand. Delivered via an app on smart TVs, tablets, smartphones, and laptops, it can be viewed across a growing number of large screen connected devices and platforms, including Amazon Fire TV, Chromecast, and at www.stageplayerplus.com.

Vouchers are valid until 31st March 2022

2 lucky winners will each win a £50 voucher to spend on Stageplayer+; to enter simply answer the question below:

For more fun opportunities like this one, be sure to check out our competitions and quizzes page!

Roam around citizen of the internet. Dedicated to finding new stories to tell and shining a light on issues affecting people in and approaching retirement.
Tags: Competitions Last modified: December 13, 2021 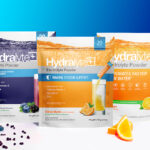