“June, July, August” follows the recently released “Coast” and “Chasing After You” – Hurd’s first official duet with his wife, Maren Morris. “Chasing After You” is currently in the top 15 and climbing at country radio in the U.S. with fans across the U.K., and worldwide, raving about the collaboration.

“Pelago”, is inspired by Hurd’s upbringing on the shores of Lake Michigan, was produced with childhood friend and long-time creative partner Aaron Eshuis, with further contributions from Jesse Frasure (Thomas Rhett, Kane Brown, Little Big Town) and Teddy Reimer. Hurd got his start in Nashville as a songwriter, penning Platinum hits and #1s for Blake Shelton, Luke Bryan, Lady A and Tim McGraw, among many other luminaries. As an artist he’s released a series of EPs, spawning hits like the Platinum-certified “To a T”.

To win 1 of 5 copies of Ryan Hurd’s debut album ‘Pelago’; simply answer the question below:

For more opportunities to win like this one, visit our competitions and quizzes page on 50Connect.

About the Author / Jared Collins

My name is Jared, I am interested in art and music and cinema; I love reading and writing, especially poetry. I joined Olderiswiser Media Limited in August 2021, and enjoy the variety and choice you get in writing articles for people to see and read. It is always satisfying when you make something and share it with new people; I am very grateful to have this opportunity now.
Last modified: September 29, 2021 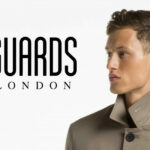 Previous Story
Free Guards London voucher worth £250 up for grabs
→