If you are looking to mortgage or have a fixed-rate due to end, rises in inflation and rates could cause you concern. Peter McGahan explains why.

I’ve covered inflation and mortgage rates over the last few months but I make no apologies for covering it again given the wildness of economic sentiment right now, alongside the potential impact on the wellbeing and financial wellbeing of families who may become exposed to a rising interest rate. In particular, coming out of a fixed rate and into an already risen Bank of England base rate.

One of the biggest pressures on interest rates is inflation – the cost of living. Some inflation is temporary and can be looked through (basically ignored) by the Bank of England, but other, more sticky inflation needs addressing. Policymakers tend to calm economies by rising interest rates to take surplus money out of the economy.

In 2008, we correctly predicted interest rates would fall, rather than rise as we believed in this column that inflation at that point was heavily driven by market makers and much less to do with supply and demand. ‘Market makers’ in this instance relates to those who purchased commodities in ways they were previously not allowed to. In their billions. That drove up the price of commodities and so drove up the cost of living.

The inflation wasn’t driven by normal supply and demand, but by speculative investing in wheat, maize, oil etc.

From 5.25% in February 2008 (more or less a long-term average) rates more than halved to 2% by December and haven’t recovered since.

Today the Bank of England base rate is at 0.1%.

Concern has arisen that the above ‘look through’ may be too optimistic and that inflation may be more widespread i.e. areas that may stick. The view was that this inflation was being created in areas that will ease off after the initial ‘freedom pop from lockdown’ occurred.

In June, inflation hit 2.5%, far exceeding expectations, and now the Bank of England has stated that rates may need to rise earlier, a year earlier, in November 2022. Sterling naturally responded to that concern and rose accordingly as a higher interest rate makes the currency more attractive. Derivative markets (a financial bet) are now pricing in a small rise in November to 0.25%.

This is in conjunction with the rise in the UK housing market, which has been very buoyant. Net borrowing in March was the largest since records began. Bubbles tend to be obvious when your face feels a little bit soapy. When it is too late.

Previous beliefs were that the UK economy would be strong but this is now being uplifted by nearly 50% from forecasts made just three months ago.

The US is a few months ahead of the UK in its cycle and prices there have soared with a staggering 5.4% increase in the last year to a ten-year high.

Bottlenecks in new cars as well as various supply chains has driven prices north and this has put significant pressure on Mr Powell to tighten rates. Many acknowledge that the likelihood of persistently higher inflation may be growing and now expect two rate increases by the end of 2023. Given the US is just slightly ahead of the UK, keep a close eye on how that is panning out.

Whilst most economists still believe these inflationary, pressures are momentary from our current extraordinary situation, those with mortgages due in the coming year should look to their future affordability. Coming out of a fixed rate, or trying to book a rate when inflation is pressurising interest rates could be expensive.

The better mortgage rates are out there but be sure to use an Independent mortgage broker to access the best terms available.

Being able to pay your mortgage isn’t a gamble. Its security for your family. Consider carefully therefore how long you might fix your rate for bearing in mind of course the risks of early repayment if you had to settle up earlier.

If you have a question about inflation and mortgage rates, you can call 01872 222422, email [email protected] or visit wwfp.net. 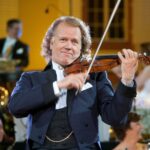