Is the old investment world gone?

Is the old investment world gone? Peter McGahan explains why we can’t expect all previous models to continue to work.

The investment world and arena changes like the sands. If you aren’t with it, the potential impact on return for you as a pension or ISA investor can be quite extraordinary.

Sticking to old strategies in a new world reminds me of my 1992 flight with Monarch airlines to Egypt.

A woman sat beside me, nervous from flying, smoked incessantly from beginning to end.

Now, Monarch doesn’t exist, smoking on planes is banned and let’s not talk about risks of flying v lighting match on a plane, and smoking on your health.

I’ve previously covered how the best managed pension fund performed against the worst over a twenty year period.

It used to be that investors put 60% in equities (stocks and shares), which is where they hoped for growth. Bonds made up the remaining 40% and they were held for three reasons:

First they were a negative correlation to equities – It’s like investing into an ice cream company and a welly boot company. In normal conditions they both do fine, but when markets surprise one way, you have a payout from the good weather (ice cream) to compensate on the losses in the welly boot company.

That is what we mean by negative correlation, which smooths out returns when balanced against equities.

The two other reasons are a predictable income; and the potential for a Capital Gain.

Many of the stocks and bonds suffered in extreme conditions over the last 24 months and there was actually nowhere to hide i.e. no negative correlation.

The investment market has had its axis tilted and so fund managers have had to look elsewhere for a negative correlation.

But what about bonds and inflation for the coming years?

I’ve covered inflation over the last few months and it’s on a knife edge. Let me explain some issues with it for you to consider on the negative side.

We can easily think everything is always going to be the same but if we look at bonds over certain periods of pressure, it wasn’t so pretty. Bond prices respond the opposite to inflation.

The last 40 years have seen unprecedented returns, but history is likely to show that is now gone.

Your biggest bond risk is inflation naturally. There are debt headwinds that will stop people spending. Public debt is also a weight as that affects the UK Government’s ability to pay it as interest rates rise.

However, in the US, Jay Powell has made it clear he wants full employment and will peg interest rates just under inflation.

You might see where this is going. Normal interest rate policy allows policy to think further ahead and in a more stringent manner, but this policy carries its risk, a risk of runaway inflation, which pops the airbag. Airbags are not easy to push back in, and so US treasury investors have taken a whack of -15% in value in three months with the belief that inflation is coming back.

So what am I saying? Appoint the very best fund managers. Don’t expect every manager to be right up to date and don’t expect that all previous models will always work.

If you have a question about the topic in this column, Is the old investment world gone, you can email [email protected] or visit WWFP.net. 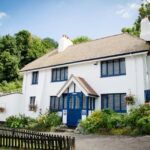 Next Story
What is sustainable investing?