As the newspapers scream of record interest rates, Peter McGahan asks why they are rising and what benefit to the economy is there?

One of the downsides of eating out at lunchtime is the peculiar need for some cafes to have a radio or television on. It’s about as nutritious, or tasty as sucking a sweet with the wrapper still on it.

The headlines are currently bonging out to the tune of ‘record interest rates’ and ‘millions affected’ as ‘debt rates soar’.

What’s the reality? Since 2008, central banks have been artificially inflating economies and stock markets by pumping cash into them. No-one seems to really know why they have such an interest in propping up equity markets. They have added to this by plummeting interest rates to levels never known.

The danger of course is that borrowers become acclimatised to this. A quick quiz around a younger audience of friends’ children showed just that – ‘Never will interest rates go back up to the 5-6 per cent level’.

The average mortgage interest rate in 2000 was indeed over six per cent. In fact, the lowest rate at the time was the standard variable rate at 5.86 per cent and the 10-year fixed rate was 6.54 per cent – a far cry from the paltry ‘record for last 13 years’ of one per cent.

In 2021, the average borrowing on a mortgage was £137,934 so let’s look at those borrowing costs. In 1979, the interest would have been £1,954 per month. In 2000, a two-year fixed rate would have been 6.54 per cent and £751 per month. Today as I write this, with the indigestion-creating headlines in this café, the world would appear to have ended, with the ‘record rate for the last 13 years’ as the central bank has raised rates to just one per cent. The best two-year rate today is c2.25 per cent giving a payment of just £258 per month. The best variable rate is 1.4 per cent costing just £160 per month.

In googling ‘mortgage interest rate’ and clicking the ‘news’ tab you might wonder if those writing the headlines were therefore over 22 years old (2000 rates), let alone over 43 years old (1979 rate). The headlines seem to be consistent, which might lead me to believe the press office of the central banks have loaded this panic.

Why would they do that? As I said in a previous column, the desire was for central banks to ensure the public didn’t become relaxed with inflation as it was and then seek for higher wages to compensate them for that, thereby driving wage inflation which would plummet the economy into oblivion. These headlines seem to force the point further by adding that inflation could hit 10 per cent.

I can only assume that is the desire because the man on the street is not driving up the cost of living. Bottle necks are doing that as are the high energy costs and speculative investing. If governments wanted to curb inflation, hammering the unethical fossil fuel companies would be a good start. A very large windfall tax would seem sensible. However, you might consider that some of the world’s largest fossil fuel companies lobbied the UK government ahead of COP26. The Guardian also pointed out in February that oil and gas firms have unlisted links in Westminster and lobbyists representing fossil fuel giants are quietly running parliamentary groups.

Please therefore explain why raising interest rates to affect the average person just trying to live a life with security of a roof over their head will lower inflation. It won’t reopen the factories in China causing a break in the chain and potential backlogs of over a year, nor will it teach any manners to the horrific activities of the powerful beyond powerful oil companies.

The potential is really what I wrote about in October last year – stagflation. Persistent high inflation with no growth. That is starting to look more like a reality so lower rates, not increase them.

I have spoken to a few DIY companies and importers about their experience.  They are already noticing a significant drop in income. The man buying the hammer that would easily add two sponges, a new set of knee pads and a rug for the house isn’t doing that.

Those headlines could therefore become the self-fulfilling prophecy.

If you have a financial question regarding the content of this column, you can call 01872 222422, email [email protected] or visit wwfp.net.

Did you find Record interest rates … risks danger of Stagflation interesting? You can find more common sense money talk on our Finance channel. 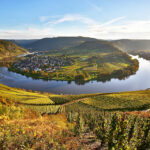 Next Story
Avalon Waterways – Experience the world in relaxed luxury