Have you ever heard of ‘rebasing’ an investment? I’d not heard the term for 10 years, but, over the last two weeks it has come up twice, much to my astonishment.

This was a term used by financial salesmen to basically ‘churn’ investment bonds, causing the customer hefty charges each time.

It goes something like this: the financial adviser sells an investment bond for its ‘tax efficiencies’. An investment bond accounts for basic rate tax as it grows and you are allowed to take five per cent withdrawals per year with no liability to tax. I’m sure you can quickly see that the bond is not tax efficient, especially when compared to an ISA or pension, which grows free of tax. A range of unit trusts, or their equivalent, could be invested into and annually use the capital gains allowance from that investment to roll into an ISA or pension.

In short, there are many more tax efficient options to consider before a bond. As for the ‘tax free withdrawals over 20 years, that is simply taking your money back over the term – ie 5 x 20.

And this is where the bond adviser/salesman may step in. Over five years you may have taken five per cent per year of the original capital, but the bond may also have increased in value. The adviser asks if you would like a higher income i.e. five per cent of the new higher value. Naturally you accept, so he encashes the bond and as the gain doesn’t put you into a higher rate tax, there is no tax to pay. Perfect?

The new bond is sold to you with ‘no upfront fees’, so you think you can’t lose. However, the fees to set up the new bond are taken as establishment charges over a five to seven-year period to pay for ‘commission’ and other set up charges. When they are sold to you as ‘no upfront fees’, ask the adviser what the encashment value will be on day two, and the reality will soon kick in as the charge will be taken straight away.

Each five years the adviser may return and ask the same question re ‘more income’, and over a 25 year period you could have paid nearly 38 per cent in extra charges as the commission used to be as much as 7.5 per cent.

Get the right advice before investing

Nowadays, Independent Financial Advisers are not paid by commission, so the lure to make that quick buck has been taken away. Not all advisers are Independent however, choosing instead to work for just one company so be mindful of that when taking advice.

If you have investment bonds, you might be better to take a look at tax efficiency. The compounding impact of tax being taken as a bond grows hacks your returns. Let’s say it grew by seven per cent per year over 25 years. Accounting for 20 per cent tax, you would be netting down to 5.6 per cent. An investment of £100,000 gross of tax would return £152,264 (nearly 39 per cent) more than the inefficient bond. The annual allowance for an ISA is £20,000 and that is per person in the household so a couple could invest £40,000 per tax year.

When there is an obvious choice of ISAs, it’s hard to see why the investment bond would be used so you could move the capital across into a more tax efficient option as above. An Independent Financial Adviser can assess the charges and also any potential tax to pay to make sure you aren’t clobbered again.

To assess any tax payable, simply calculate the gain and divide by the years you have had it. If that slice of the gain, when added to your income doesn’t put you into a higher rate of tax you will not have any further tax to pay. Hopefully the bond is also written as segments and that would give you further flexibility in that you could encash each segment to ensure you didn’t move in to higher rate tax.

If the bond you have is offshore, that’s a completely different story and I’ll explain that another time. If you have a query about investment bonds or would like advice on other investments you can call 01872 222422, email [email protected] or visit wwfp.net. 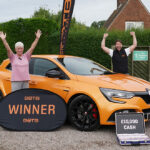