Will interest rates rise and should I fix?

HomeFinanceWill interest rates rise and should I fix?

Most economists agree, especially post the budget, that inflation will rise. Peter McGahan considers the impact and whether now is the right time to fix your mortgage.

Will interest rates rise and should I fix? It’s that pivotal moment right now. Is a fixed rate mortgage best, or should I wait to see what happens with inflation. Another question I have been asked is, how long to fix for, and what the best rates are. I will cover them all.

Inflation rising sustainably (i.e. not a sharp spike and drop like 2011) above 2% would be a concern for the Bank of England (BOE). We will explain inflation pressures, as interest rate rises are the easy move by the BOE to lower inflation through pressurising spending.

UK inflation rose in January, prompting belief that it would then surge, especially as consumers spend the savings they have acquired (savings ratio- which is household savings versus household disposable income).

Firstly, the savings acquired are with higher earners rather than lower earners, and inflationary pressures are driven by lower earners’ spending habits. This was demonstrated last year when lower earners (tracked by mobility reports) were those behind the rapid recovery in spending in the US as they received their benefits and stimulus cheques.

Many journalists have dived onto the large savings ratio to be spent and how that will drive inflation and the economy.

The savings ratio rocketed during the last two years.

This is what led journalists to write about the ‘incoming wave of money’. In quarter three it dropped to 16.9%, a 12.2% fall.

In other words, nearly double the historical average savings ratio was spent in one quarter, and look what happened to inflation – a benign 0.6%. Most of this was in furniture and household appliance costs, probably driven by higher shipping, container shortages and Brexit related costs.

If these two are the drivers, chill out. Those at the higher earnings end will likely spend on foreign holidays and foreign goods like cars, so UK inflation is not affected by that gain.

Most economists agree, especially post the budget, that inflation will rise. The biggest drivers would be employment and wage rises. Both are needed to be sustainable to drive up inflation, and the budget supports employment figures but not the higher income levels – ask the NHS staff.

The UK has borrowed heavily from the BOE. Previously this was on fixed terms, but it is now refinanced overnight on the international money markets, so rising rates are a huge risk to the economy. If the BOE raised rates by 1%, it would cost the Government (well you actually) £25 billion per year. I cannot see that happening in an economy 10% smaller than Pre Covid.

The BOE still has the option of selling off some of its £895bn assets it has bought since 2009 during quantitative easing, rather than raising rates.

Either way, the Governor of the BOE has stated clearly they would not raise interest rates in response to a rapid recovery, and are still working on preparations for a negative interest rate policy. The Deputy Governor also described inflation as “well anchored”.

Will interest rates rise and should I fix?

With that in mind, do you fix? Well for most, gambling is not quite their bag of squid and chips, and gambling with monthly expenses is out of the question.

Gambling would be opting for a flexible rate, hoping rates will fall or stay low, so as not to have a surprise when you come to refinance at the end of the term.

The best two-year flexible rate is 1.39% and the best-fixed rate for the same term is 1.14%. That, of course, is a no brainer. Know what you definitely will pay and it is less than a flexible rate.

The best five year fixed rate is 1.28% and 1.99% for the best ten-year term. Fees vary wildly (£425 to £2945) as do other small prints, so be sure to use a mortgage broker to filter those out. An issue to consider with fixing longer is the potential cost of having to pay your mortgage off earlier, as there will be redemption penalties.

For a complimentary advice on your mortgage you can call 01872 222422 or visit www.wwfp.net and quote this column 50connect.

For more stories like this visit our Finance channel. 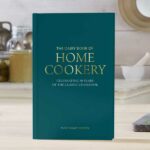