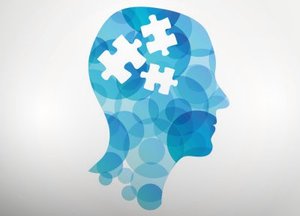 Certain nutrients and ‘omega’ n-3 (omega) long chain fatty acids found in fish oils may offer a benefit to cognitive function in older age, according to a review[1] just about to be published by Dr Carrie Ruxton, independent public health nutritionist on behalf of Equazen, the brains behind Equazen eye q mind 50+.

Commenting on the research, Dr Ruxton notes: “My review shows that nutrition has an important preventive part to play in cognitive decline among older people. In particular long chain n-3 fatty acids, certain antioxidants, B vitamins and fat-soluble vitamins contribute to preserving brain function in this growing population group.

“Given that the brain is rich in lipids, it is not surprising that long chain n-3 PUFAs such as docosahexaenoic acid (DHA) and eicosapentaenoic acid (EPA) found in fish oils, might have an impact on cognitive retention. Studies have variously shown that fish oils lead to better performance in working and verbal memory indicating the potential to delay the onset of cognitive decline and that supplementation with DHA could improve learning and memory function.[2] [3]

“Turning to B vitamins, my review shows some inconsistencies in the scientific data although a large trial in 266 older people aged 70 years or over with mild cognitive impairment found that a supplement containing 800 μg folic acid, 500 μg vitamin B12 and 20 mg vitamin B6 over two years appeared to slow cognitive and clinical decline, especially those with elevated homocysteine levels (a type of amino acid that may be harmful at high levels). [4]

“With regards to zinc, a trial in 387 healthy adults aged 55 to 87 years receiving either 15 or 30 mg per day zinc, for up to six months showed some improvements in spatial working memory after three months.[5]

“The latest findings from the National Diet and Nutrition Survey reveal poor dietary habits among our elderly population with only 41% meeting the 5-a-day recommendation for fruit and vegetables and mean oily fish consumption, at 90g weekly, falling below the government’s recommended intake of 140g weekly.

Our aim is to provide content for 'grown-ups' bringing you the latest lifestyle, travel and recipes. Plus health and finance tips from our expert columnists. Have your say on stories that matter to you and enter our free competitions and most important of all, enjoy 50connect!
Last modified: January 8, 2015 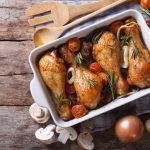