Can a pill cure binge drinking and dementia?

NHS Choices Behind the Headlines news analysis service examines the science behind claims that a pill can cure binge drinking and dementia.

“‘Wonder’ drug could cure binge drinking, Alzheimer’s and dementia,” the Mail Online reports. But before you raise a glass or two, these are premature claims based on research in rats that has not yet been proven, or even tested, in people.

Researchers gave rats alcohol to mimic the habits of human binge drinking. After three weeks of binging, the rats had signs of damage to their brain and performed worse at tasks that involved running through mazes.

When the scientists gave some of the mice a compound called ethane-β-sultam, it significantly reduced the alcohol-associated brain damage and inflammation, and resulted in improved performance in the maze tests.

This research suggests there may be a way to reduce the effects of excessive alcohol consumption on brain cells. But this is not a “cure” for binge drinking. Researchers only looked at short-term effects in rats, so the effects in humans remain unknown.

Also, the study only focused on the potential protective effects of the drug on the brain. Excessive alcohol consumption can also damage the liver. But the drug was not designed to work in this way and this was not looked at as part of the study.

Claims the compound could also be used to treat dementia are also pure speculation at the moment, as this was not tested.

Researchers define binge drinking as consuming eight or more units in a single session for men, and six or more for women. But this definition does not apply equally because alcohol tolerance and speed of drinking varies from person to person.

When drinking, pace yourself, avoid drinking more than you are used to, and avoid drinking so much that you get drunk. This is even more important if you are out in risky or unfamiliar circumstances.

Binge drinking increases the risk of heart attack. You also run the risk of vomiting and choking, causing you to suffocate.

The study was carried out by researchers from universities in Italy, Belgium and the UK, and was funded by the European Foundation for Alcohol Research and the European Cooperation in Science and Technology (COST).

It was published in the peer-reviewed journal Alcoholism and Drug Dependence on an open access basis, so it is free to read online.

The science was covered by the Mail Online, which exaggerated the findings by implying the rat results also applied to humans and binge drinking, as well as Alzheimer’s and other “brain diseases”.

This may be the case, but it is too early to say with any confidence or assurance. The study did not test the effects of the drug, even in animal models of Alzheimer’s or non-alcohol-related brain diseases.

Describing the drug as “curing” binge drinking is also misleading. While the drug showed some protective effect on brain cells and function, there was no assessment on damage to the liver, which is a significant cause of alcohol-related disease and death.

However, the Mail’s coverage may have been influenced by a rather overexcited press release issued by the University of Huddersfield, which claimed that, “Huddersfield scientists develop breakthrough compound, reducing harmful side effects of ‘binge drinking’, and offering potential new ways to treat Alzheimer’s and other neurological diseases that damage the brain”.

This was an animal study using rats to study the potential protective effects of the chemical ethane-β-sultam on the brain against the effects of binge drinking.

Intermittent excessive alcohol consumption – euphemistically termed “binge drinking” – is defined as drinking more than the maximum daily recommended units in a single session. This is often followed by a period of abstinence.

This research sought to use rats to better understand the underlying biology of the effects of binge drinking on the brain, and investigate whether a drug could be used to protect against some of the harms.

Researchers often use mice or rats for research purposes because, as mammals, they share similar biology to humans. This means research in rats can tell us what might happen in humans without directly experimenting on people in ways that would not be feasible or ethical.

However, there is no guarantee results in rats will be replicated in humans because, while we are similar, our biology is far from identical and these differences can be crucial. Often, direct study on humans is the only way to get the right results.

The research took a group of rats and gave them alcohol to mimic various scenarios of human binge drinking. Some of the mice were also given a drug called ethane-β-sultam to see if it was protective against harm from alcohol.

After different binge drinking simulations, the rats underwent tests assessing the levels of cellular degeneration and inflammation in their brains, as well as a test of their spatial memory involving escape from a maze.

Ultimately, the researchers were looking for differences between mice given ethane-β-sultam and those that were not.

The team tested two binge drinking levels: 1g/kg and 2g/kg. The human equivalent for a person of average weight would be eight units of alcohol for the first level (around two-and-a-half pints of strong lager) and 16 units for the second level (around one-and-a-half bottles of wine).

The rats had at least two different binge drinking sessions followed by a period of no drinking.

Ethanol (alcohol) doses (20%) were administered three times per day with three-hour intervals on two consecutive days, followed by five days of abstinence. This was repeated for a total of three weeks.

Those allocated to receive ethane-β-sultam were given it every day of the three-week experiment and one week prior to starting the binge drinking simulation.

The rats underwent brain surgery at day five and after three weeks to see how alcohol was affecting their brains.

The main results showed the rats on the binge drinking regime had brain cell loss in a specific area of their brains called the hippocampus, and this was also associated with inflammation in those areas.

Daily supplementation of ethane-β-sultam suppressed much of the inflammation and reduced the loss of brain cells, particularly in rats given the lower of the two alcohol doses (1g/kg).

However, test results were almost normal for the group of rats receiving the same 1g/kg binge drinking regimen but also supplemented with daily ethane-β-sultam.

The team said that, “Such results confirm that the administration of ethane-β-sultam to binge drinking rats reduces neuroinflammation in both the periphery and the brain, suppresses neuronal loss, and improved working memory of rats in a water maze study.”

This research shows there may be a way to reduce the harmful effects of excessive alcohol consumption on brain cells, and potentially protect against associated deterioration in brain function.

However, none of this was conclusively proven in rats or humans, so the headlines suggesting a “cure for binge drinking” in people are premature.

While the results are promising, they represent a very early step on the road towards treatment in people. For example, the study looked at the effects of the drug in rats. While biologically similar to humans, they are not identical, and sometimes the differences are crucial.

As a result, the effects in humans could be different in many important ways. At this stage, there have been no experiments using people.

This is the first test of its kind, so ideally it will be repeated in other groups of rats to ensure the results are reliable and repeatable. If these do well, tests in humans may well begin.

It is likely to be unethical to force people to binge drink for the purposes of research, so it may be tricky to replicate these studies in humans.

Researchers will also need to know whether the drug has any effect if given after binge drinking, rather than at the same time as the alcohol. The drug will not be able to reverse brain cell loss that has already happened.

This study only focused on the potential protective effects of the drug on the brain. But some of the most serious consequences of excessive alcohol consumption affect the liver, and can ultimately lead to liver scarring and potentially death. The drug was not designed to stop any of these liver-related harms, and may not do so.

Some of the news coverage mentioned the potential for this drug to be used in other diseases associated with inflammation and deterioration in the brain, such as Alzheimer’s disease.

Inflammation of the brain is also a problem in these conditions, so it is biologically plausible theoretically, but this was not tested in this study.

The issues around developing a drug to treat what some people perceive as a lifestyle choice and others an addiction may also attract some ethical debate.

On this point, lead author Professor Page was quoted in the Mail Online as saying: “If you accept that alcohol abuse is going to continue, then it might be sensible for society to try and treat it in some way.”

Ethical considerations aside, if this drug works in people, it may be a pragmatic way of minimising some of the brain-related harms associated with binge drinking, and potentially other types of harmful drinking.

As we have said, though, it will do nothing to combat harms to other body organs, such as the liver, which are serious. 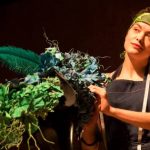