How dementia care and specialist dementia services impact on the NHS

The future is not looking bright for consumers of the National Health Service (NHS) when it comes to Dementia care; it too has been hit by the global recession. The population in the UK continues to rise with a projected growth of more than 25% by 2035 – not in the birth rate, but through ageing. Testimony to the fact there are currently 11,000 people in the UK who have become centenarians.

The UK is projected to spend £16 million over the next ten years on physical health prevention to reduce premature death caused by high blood pressure and cholesterol, cancer and diabetes. Big changes are afoot – but they may not make easy reading particularly in regard to the needs of mental health.

Dementia is a progressive long-term condition, for which there is no current prevention or cure. Medication may possibly slow the progression of the disease, if an accurate diagnosis is made early enough. But the projected longer waiting lists for specialist services may hinder an early diagnosis.

Dementia is the name given to four differing presentations, but the disease progression is the same.

Dementia symptoms may include, memory problems, and/or lack of appropriate reasoning.  We use our memory to reason and use language, process information, articulate actions and make rational judgments.  Absence of memory may lead to bouts of depressive illness and outbursts of anger. Physical illness may also compound these symptoms. The greatest problem for us all is when memory fails, before we have physically or biologically aged.

What are the proposed solutions?

A national dementia initiative launched by the prime minister in November plans to operate a two-pronged approach.

Firstly, the government wants one million people to be trained as ‘dementia friends’ as part of a plan to raise greater public awareness regarding the condition. The aim is that sufferers are supported in the community in their daily lives, and therefore less likely to be readmitted to hospital.

Secondly, a substantial  £50 million grant will be made available to assist hospitals to adapt specialised wards and care homes to create dementia friendly facilities.

This is all well and good, but it has ignored the growing reality of the widening gap caused by a lack of dementia specialist services despite the need for early diagnosis and the projected increase in the numbers of sufferers.

In the United Kingdom (UK) 1 out of every 6 adults are over the age of 65 years. This is the age when dementia most commonly presents.  It affects both genders, but is more prevalent in females. The current dementia statistics show a staggering 600,000 medically reported cases predicted to double by 2042.

Coupled with an ageing population and underfunded mental health services, it is predicted that the NHS will struggle to keep up with the ever-increasing demand.

Dementia can also spearhead a pivotal change in family structure and traditional roles and therefore may contribute to the burden of disease.

So what help is available? The numerous professionally recognised charities are great pit stops in assisting you navigate your way around the services and the entitlements that are in place.

What can we do as individuals about our health?

Firstly, we need to take a long hard look at our own lives and forget about being a patient for as long as is reasonably possible. The NHS annual checks are reportedly under utilised and can assist both the individual and the NHS strategically plan for the future. Putting in goals and objectives for yourself can proactively assist you in managing your own health. If you are over 40 years of age, you can book an NHS check with your General Practitioner (GP) right now. Getting an accurate picture of your health can be the best medicine you can give yourself.

But is not all doom and gloom. The government has developed a national dementia strategy to meet the aims of the Equality Act 2010. This will result in a juggling act as coupled with an increase in spending on diabetes, stroke, coronary and cardiac care, largely as a result of lifestyle excesses and addictions in alcohol, smoking, salt, fat and sugar, it will require a collaborative approach to meet those targets.

The government long-term outcome strategy due out later this year (2012) has indicated that the NHS needs to achieve a £20 billion efficiency saving by 2015. So, if savings need to be made, now is the time to ensure that a specialised dementia service is in place when you most need it.

If you found this content useful, visit our dementia awareness channel. 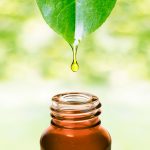 Next Story
Beauty tips for an eco lifestyle