Inflamation: the root of all ills?

HomeHealthInflamation: the root of all ills?

Inflammation can be seen as a positive force, but if it gets out of hand can lead to a host of problems.

One of the most important defence mechanisms the body possesses to keep us fit and healthy is inflammation. Without it, wounds wouldn’t heal and we would succumb to every infection going. Even a simple graze would result in the skin becoming red, hot and painfully swollen.

Why? Any damage to the body triggers the release of a cascade of immune system chemicals. This increases blood flow to the area, making it red and hot or in other words inflamed. Inflammation makes the blood vessels ‘leaky’, which in turn helps enable healing white blood cells to flood to the area, where they attack and destroy any foreign invaders so starting the process of healing and repair.

In this instance inflammation is a positive force. But look a little closer and in most people you’ll find inflammation rumbling away deep inside their body where it doesn’t have such a benign effect.

Inflammation is now recognised to play a key role in chronic diseases such as arthritis, heart disease, bronchitis, depression, diabetes and dementia. Constant, low-grade inflammation also increases the risk of genetic mutations, which can lead to cancer. And a heightened state of inflammation is also an important driver of atherosclerosis – the hardening and furring of the arteries that leads to heart disease. In fact, many experts now believe that inflammation lies at the heart of the ageing process, due to increased damage and turnover of genetic material in our cells.

Chronic inflammation is not well understood. The initial trigger may be obvious, such as an infection or exposure to an irritant chemical. However, often it can’t be pinned down. Genetics can leave some people prone to inflammation. In others it seems that once the immune system has been kick-started, the shut-off button is jammed.

Certain lifestyle factors also play a part. Cigarette smoke, for example, is packed with highly irritant chemicals, which explains why smokers are more at risk from many chronic diseases. Obesity also increases inflammation as fat cells churn out inflammatory chemicals. A diet too high in processed foods has also been implicated. Why? It can cause an imbalance of fatty acid intake: too many pro-inflammatory omega 6s, found in manufactured foods, and not enough anti-inflammatory omega 3s, found in fresh foods such as oily fish.

It’s also worth looking at any medication you are taking. Many older people are given non-steroidal anti-inflammatory drugs (NSAIDs), such as aspirin, to reduce the risk of heart attacks, cancer and stroke. Statin drugs, which lower cholesterol, also seem to have an anti-inflammatory protective effect. But these medicines can bring their own problems in the form of side effects. NSAIDs for example, increase the risk of gastric irritation and bleeding, while statins can disrupt liver function and cause muscle problems.

Luckily, there are some simple lifestyle measures (see right) that can help you avoid inflammation triggers. 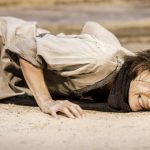 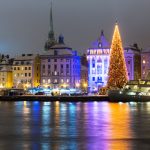 Next Story
Sublime Sweden is full of surprises