Bananas to banish verrucas, ginger to ease muscle pain and tea for mouth ulcers – before you visit the chemist, check out the many proven remedies in your own larder. 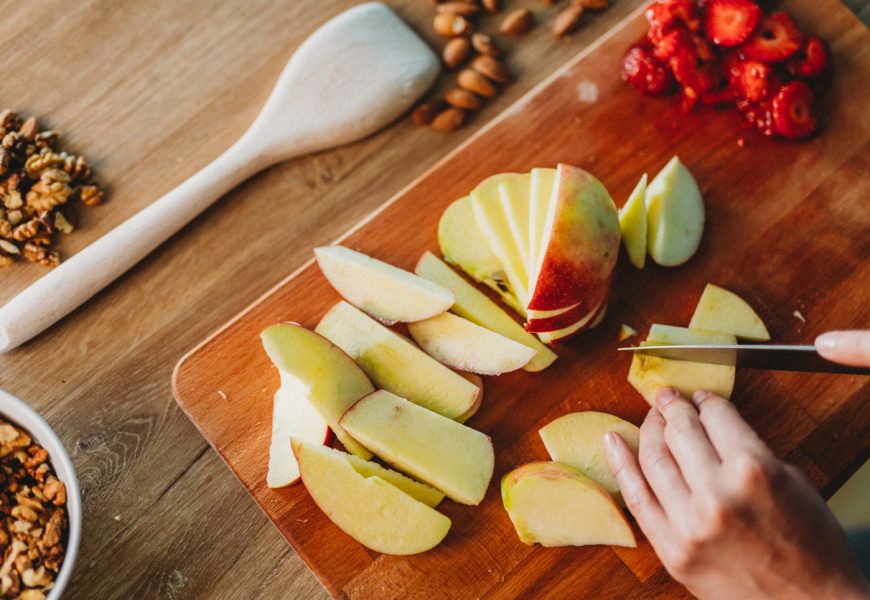 Most of us keep the bathroom cabinet stocked with remedies for common ailments – but we could just as well look in our kitchen cupboards instead.

Many everyday ingredients can double as home cures for a host of complaints, from toothache to sciatica – and with no worry of side-effects.

A remedy for: Colds, cuts, thrush

If you can get past its pungent aroma, avoid the chemist and reach for a bulb of garlic. This wonder food is used around the world for treating a whole host of minor ailments.

Medically proven to have antibacterial and antiviral properties, garlic can cure thousands of illnesses so long as it’s used raw. Garlic expert Dr Ron Cutler, the deputy director of biomedical science at Queen Mary, University of London, says: “In its raw form it can treat colds, cuts, even thrush and MRSA, the list is endless. It’s a very potent compound and the last thing you want to say is that it’s an old wives’ tale.”

Allicin, the active chemical in garlic which kills bacteria and viruses, is created when the enzymes in two bulbs are crushed together. Although you need to eat about five cloves of raw garlic to get the same amount of allium as a concentrated capsule, it’ll fight off a cold in no time. Dr Cutler also suggests making a poultice of crushed garlic gloves for any cuts or grazes and, if you can really stomach it, you can use a clove of garlic as a pessary to treat thrush. “It’s one of the most tremendous cures for thrush I’ve seen,” he said.

A remedy for: Verrucas, hangovers

To banish a verucca, tape the skin of a slightly overripe banana to the surface of the afflicted area. Michael O’Neil, Consultant Podiatrist and spokesman for the society of Chiropodists and Podiatrists says: “This idea has been around for about 20 years and although it won’t work on very resistant veruccas because their viral structure is too complicated, some people swear that it gets rid of them.”

The science behind this slightly bonkers-sounding solution is that a banana skin produces an antiviral substance in its mucilage, the sticky layer inside the peel, which stops it going rotten. The riper the banana, the more potent the antiviral substance becomes and when applied to a verucca it can work to reduce its size and fight injection. Dr O’Neil suggests you change the banana dressing every day.

Bananas are also handy for shifting a hangover. Their three natural sugars – sucrose, fructose and glucose combine to give the body an instant energy boost and their high magnesium content will stop a pounding headache because it relaxes the blood vessels which become restricted through excess alcohol.

A remedy for: Infections

The Romans cottoned onto the healing power of honey 2,000 years ago and slapped it all over the fallen soldiers of the empire. While they were definitely on to something, scientists have since proven that only one particular type has enough medicinal properties in it to be as effective as over-the-counter medicine. Manuka honey, from New Zealand, is the most medicinal of all and if you buy it at “factor 10” strength it can be used on cuts and grazes to fight off infection.

There are three scientific reasons why the sticky stuff should be in everyone’s medicine cupboard. Firstly, it’s highly acidic, level four on the pH scale and just as acidic as a glass of orange juice or can of Coke, and its this acidity which helps destroy bacteria. Secondly, honey also contains the antibacterial substance hydrogen peroxide, which is made naturally in honey by the enzyme, glucose oxidase. This becomes active when honey is diluted with the fluid from a wound and also fights bacteria. And finally certain phytochemicals found naturally in the nectar that bees collect, are also antibacterial.

If you spend all summer bunged up with hay fever, pop two cold wet tea bags over your eyes to calm any itchiness or irritation. Tannic acid, the substance that stains your tea cups, helps reduce itchiness and calms streaming eyes. Tea bags can also be used to treat mouth ulcers because of their astringent quality, which dries out the ulcer and numbs the pain.

Dr Jerome Z Litt, a US dermatologist and contributor to The Doctors’ Book of Home Remedies says that putting a dark wet tea bag on the affected area will give you instant pain relief.

A remedy for: Earwax

At home in most kitchens, a bottle of olive oil can also double up as a remedy for excess earwax. Dr Stephen Amiel, editor of The Doctors’ Book of Home Remedies said: “I’m by no means an alternative practitioner but things like olive oil to tackle ear wax have been proven to really work.”

A few drops of olive oil gently lubricates both the skin and the wax so that after a few applications any wax build-up should slide out of its own accord. More stubborn wax may need to be extracted by a doctor, but it’s always worth softening it first with a few drops of olive oil. Plus, it’s painless and a lot cheaper than over-the-counter ear wax solutions, which are usually oil-based anyway.

A remedy for: Cystitis

In the early 1980s scientists found that cranberry juice could help tackle urine infections because of its anti-adhesive properties, which stop the E coli bacteria (present in cystitis) from sticking to the walls of the urinary tract. But more recent research has cast doubt on this.

Dr Rav Naik, a Sheffield GP and sports physician said: “I’d always advise drinking water over cranberry juice because new research shows that drinking a lot of any type of liquid will flush out the infection – but if cranberry juice works for you then use it. You don’t have to medically prove something if you think it makes you feel better.”

If you want to give cranberry juice a try, it’s best to drink between 300-500ml of unsweetened cranberry juice a day, or create a home-made solution by boiling up a pack of cranberries until soft and waiting until it cools to drink. This way you get all the goodness of the fruit and less artificial sugar which comes in commercial cranberry juice drinks.

Even in the tiniest doses, ginger is one of the most powerful kitchen cupboard remedies as it’s been scientifically proven to treat sickness and nausea. A 2009 study of pregnant women found that those who took ginger in the early stages of their pregnancy were less likely to suffer from morning sickness than those who didn’t. Studies have also found that it helps alleviate the nausea experienced by cancer patients undergoing chemotherapy.

Glenys Jones, a nutritionist with the Medical Research Council, is an enthusiastic supporter of the benefits of ginger. She said: “It reduces nausea and vomiting and an upset stomach. If you suffer from travel sickness, I’d advise that you chew on a bit of stem ginger and it’ll help you feel better on a long journey.”

Ginger is also an anti-inflammatory and can help relieve pain and reduce inflammation associated with arthritis, rheumatism and muscle spasms.

A remedy for: Indigestion, bloating, cystitis

This is one of the most widely useful of all kitchen cupboard remedies. Found to be effective against indigestion and bloating, it works because its alkaline properties help to neutralise the excess stomach acid that causes heartburn and indigestion. One glass of bicarbonate of soda in water soon puts a stop to that burning pain in your chest or a grumbling tummy. Mix a teaspoon into a glass of water and drink it slowly. If you look at the ingredients in chemist antacids they usually contain calcium and magnesium carbonate, the same minerals found in that tub of bicarbonate of soda you’ve got stashed in your kitchen cupboard.

It can also be used to treat urinary infections such as cystitis and Bupa recommends drinking bicarbonate of soda in a glass of water to make your urine less acidic, which stops bacteria spreading and can halt that painful burning sensation when you go to the loo.

A remedy for: Warts, jellyfish stings

The high acid content of household vinegar can be used to zap warts dead in just a few days. Dr Rav Naik said: “For generations apple cider vinegar has worked against warts. Put a dressing of vinegar over your wart overnight and the next morning the head will have gone black and drop off and then wait for it to disappear.”

There’s been no concrete research to back up the medicinal properties of vinegar, but Dr Naik says it can often work better than prescription ointments. And vinegar is also a fast and effective way to treat a jellyfish sting. Dr Naik explained: “It definitely helps because jellyfish squirt out an alkaline juice, which causes the burning feeling, so treating it with the acidic vinegar will definitely make it less painful.”

A remedy for: Thrush

Rather messy, but very effective, live natural yoghurt is a medically-proven kitchen cupboard remedy for thrush. Apply it to the affected area to reduce itching and redness. It works because yoghurt contains the alkaline bacteria lactobacillus, which helps to neutralise thrush, an acidic Candida fungus.

Dr Thomas Gray of the Royal Hallamshire Hospital in Sheffield says: “This definitely works. It’s simple science: alkaline neutralises the acid environment of the thrush infection and will relieve people of their painful symptoms.”

No need to splash out on the supermarket’s finest range, just go for basic live natural yoghurt free from colours or flavourings. At around £1 per pot or even less, it’s far cheaper than visiting the chemist. 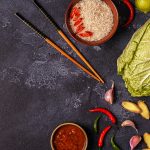 Next Story
Treblinka – A Survivor’s Story