G is for Ginkgo Biloba – how to improve poor circulation

HomeNutrition, HealthG is for Ginkgo Biloba – how to improve poor circulation

A to Z of vitamins and minerals is a guide by Dr Sarah Brewer who is the Medical Director at wellbeing brand Healthspan and Rob Hobson who is a Registered Nutritionist.

Ginkgo Biloba isn’t an everyday ingredient in the British diet, but once you understand its properties and how it can help improve circulation to your extremities – and also your brain – you’ll realise why it has been used in natural remedies for thousands of years.

Ginkgo supplements are extracted from the  fan-shaped leaves of Ginkgo biloba – one of the oldest surviving tree species, dating back over 270 million years. It is often referred to as a living fossil, and specimens tended by monks in remote parts of China are believed to be several thousand years old.

What does Ginkgo do?

By improving blood flow to the hands and feet, Ginkgo helps to overcome poor circulation, chilblains and Raynaud’s disease.  In people with coronary heart disease, it may also help to increase blood flow through the coronary arteries[i].

By boosting blood flow to the brain, Ginkgo is used to help improve memory, concentration and thought processes.  A growing body of evidence suggests that ginkgo has a protective effect on brain cells (neurones) and can reducing the build-up of amyloid which is associated with some forms of dementia. The results from nine clinical trials, involving over 2,500 people, found that Ginkgo supplements at a dose of 240mg per day were more effective than placebo for improving cognition (ability to think straight). Ginkgo was also able to stabilise or slow the decline in cognition, behaviour and daily function in people with dementia, including Alzheimer’s disease.[ii]

Beneficial effects on blood flow are also reported in men with erectile dysfunction and in both men and women with low sex drive. In one study, Gingko was 84% effective in treating antidepressant-induced sexual dysfunction – mostly caused by selective serotonin reuptake inhibitors (SSRIs). Ginkgo was found to have a positive effect on desire, excitement (erection and lubrication), orgasm, and resolution (afterglow).[iii]

What can we get it?

Although Ginkgo is classed as a food supplement, it is not widely consumed in a Western diet (I have seen ginkgo nuts as an ingredient in authentic curry). It is mostly obtained in the form of tablet or capsule supplements

How much should I take?

Seek medical advice before taking Ginkgo if you are taking any prescribed drugs, including blood thinning treatments, and antidepressants as interactions can occur.

If you liked G is for Ginkgo Biloba – how to improve poor circulation, you’ll find more in this series of vitamin and mineral guides on our Nutrition channel.

Dr Sarah Brewer is a regular contributor to 50connect, she qualified from Cambridge University with degrees in Natural Sciences, Medicine and Surgery. After working in general practice, she went on to achieve her master’s degree in nutritional medicine from the University of Surrey. As well as being a licensed doctor, Sarah is now also a Registered Nutritionist, Registered Nutritional Therapist and an award winning health writer. Dr Brewer writes widely on all aspects of health and nutrition, including complementary medicine and the safe use of herbal remedies and vitamin supplements. She has written over 50 popular self-help books, is the Editor of YourWellness magazine, and a regular contributor to national newspapers and key women's publications. Sarah is married with three children and lives in the Channel Islands.
Tags: Ginkgo Biloba, nutrition, Rob Hobson, Sarah Brewer Last modified: February 7, 2022 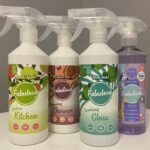