Dr Sarah Brewer talks about gallstones, a condition which up to 70% of patients aren’t aware of at the time of diagnosis.

Gallstones are one of the most common medical and surgical conditions, with as many as one in six people carrying them within their gallbladder. One in five people with gallstones will eventually experience colicky, upper abdominal pain as a result. The remaining four out of five carriers may never know they harbour these potential pain-bombs, or may discover they own them as an incidental finding during routine health screening or investigations for another condition. Of those with ‘silent’ gallstones, the annual risk of going on to develop symptoms is estimated at around one in twenty-five.

Gallstones form when substances that are normally dissolved in your bile precipitate out to form solids. Bile is made in your liver and trickles down into your gallbladder for storage until it is needed. When your gallbladder contracts, bile flows down into the first part of your small intestines (duodenum). Here, it acts as a detergent, breaking down dietary fat globules into an emulsion of tiny droplets that are easier to absorb.

How your gallbladder works

Your gallbladder normally contracts and relaxes regularly during the day and night to stir up stored bile to help prevent bile settling out or ‘sludging’. As a result, the gallbladder regularly empties out 20% to 30% of its stored bile even when you are fasting. These contractions   become progressively stronger during a meal as food is churned within your stomach.

As you get older, however, gallbladder contractions become less efficient so that more bile is retained. This allows more water to be reabsorbed from the bile so it also becomes more concentrated. If you also produce more cholesterol it becomes difficult for it to stay dissolved. Bile then starts to crystallise out, forming tiny grains that clump together and slowly enlarge into gallstones. As the make-up of your bile changes on a daily basis, the growth of a gallstone is a stop-and-start process in which layers slowly build up – rather like a pearl grows around a grain of sand inside an oyster.

How many gallstones do you have?

Gallstones vary in size from one to 25 millimetres across. Some people develop one large stone, which may grow as large as a golf ball, while others harbour up to 200 or more grit-like stones. Seventy per cent of gallstones consist mainly of cholesterol and are typically round or oval in shape and solitary with a pale, translucent appearance. The remainder contain varying amounts of bile pigments and tend to be smaller, dark, irregular in shape and multiple.

Women are more prone to gallstones than men because of the effects of female hormones. Oestrogen stimulates cholesterol production, while progesterone suppresses gallbladder contraction.

Symptoms can include belching (from poor fat digestion) and pain (biliary colic) if a stone is ejected up into the opening of the gallbladder or into the bile duct leading from it. The pain begins suddenly across the upper abdomen – usually after a fatty meal – may settle in the upper right hand side of your abdomen, and spread to the upper back beneath the right shoulder blade. The severe pain tends to come and go in waves (colicky) but does not always fluctuate. Complications can include jaundice, infection or inflammation of the gallbladder (cholecystitis) or pancreas (pancreatitis).

For those wanting to avoid or postpone surgery to remove the gallbladder and stones, it is often possible to prevent recurring symptoms through diet and lifestyle changes.

Being overweight or obese increases your risk of gallstones, so try to maintain a healthy weight. Avoid crash dieting as rapid weight loss changes bile composition and reduces gallbladder contractions so stored bile becomes more prone to ‘sludging’. People with gallstones were traditionally advised to follow a low-fat, high fibre diet, but a diet that is too low in fat may delay gallbladder emptying so that stones are more likely to precipitate or enlarge. Eating healthy fats is therefore beneficial and a Mediterranean-style weight loss diet that contains healthy fats (such as those found in olive oil and oily fish) along with plenty of fruit and vegetables.

Rob Hobson, Healthspan Head of Nutrition advises increasing your intake of fruit and vegetables, even if you don’t cut back on meat is protective as vegetable protein appears to inhibit gallstone formation. In particular, soy protein has a beneficial effect on cholesterol synthesis in the liver, the concentration of cholesterol in the bile, and the rate at which cholesterol crystals precipitate out of bile.

They also contains vitamin C, other antioxidants and fibre which protect against gallstones.

Cut back on carbohydrates – especially sugar

People who eat the most refined sugar have a higher than normal risk of developing gallstones even if they are not overweight. Researchers from Harvard who followed almost 70,000 women found that, after taking all other risks factors into account, women with the highest carbohydrate intake were 35% more likely to undergo removal of their gallbladder than those with the lowest carbohydrate intake.

A number of nutritional and herbal supplements may help to reduce the formation or enlargement of gallstones.  Take a look at http://nutritionexpert.healthspan.co.uk for further information:

Vitamin C boosts the liver’s ability to convert cholesterol into bile acids which keep cholesterol dissolved in bile. A study in Germany found that taking vitamin C supplements reduced the risk of gallstone disease by 66%.

Magnesium is needed for processing cholesterol and for gallbladder contraction. A US study showed that men with the highest magnesium intake from food (greater than 409mg per day) were 33% less likely to develop gallstone disease than those with the lowest intake (less than 288mg per day).

Lecithin helps to keep cholesterol dissolved in bile. In one small study, people with gallstones, who took lecithin supplements for up to two years showed a significant decrease in bile cholesterol levels.

Plant Sterols significantly reduces absorption of cholesterol in the small intestines. Increased intakes of plant sterols is one of the ways in which a vegetarian diet appears to protect against gallstones, and taking supplements might be expected to offer additional benefits to people with gallstones. Little research has been carried out in this area, however.

Milk thistle has been used medicinally for over two thousand years to treat liver and gallbladder problems, including gallstones. In women, it helps the liver to metabolise oestrogen more efficiently which may reduce gallstone formation.

Globe artichoke significantly increases bile secretion and reduces cholesterol synthesis. It also reduces symptoms of bloating and flatulence. Do not take if you have bile obstruction however.

Peppermint oil has antiseptic and painkilling properties, and relaxes excessive spasm of the gallbladder and bile duct. Some experts suggest it may help to dissolve gallstones as it has a similar profile to essential oils prescribed for this purpose. 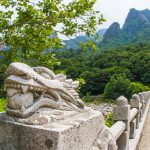