So, with awareness of the disease being on the rise, it’s more important than ever that what people are learning is accurate. We spoke to Joanna Wild, Care Home Quality Manager at Bupa Care Services to help debunk the top five common myths and misconceptions about Parkinson’s disease.

Parkinson’s only impacts your movement

Some people believe that Parkinson’s disease only affects your movement. Whilst common symptoms of Parkinson’s include tremors and shaking and problems with mobility and muscles, there are other less visible symptoms.

Some of the other symptoms include mental health conditions such as anxiety and depression, fatigue, and sleep problems.

Most people with Parkinson’s disease end up taking a medication called Levodopa, which helps to transmit messages between the parts of the brain and nerves that control movement. There is a myth that Levodopa stops working after five years. This is not true, Levodopa works for decades. And whilst it does not treat all symptoms, it can really help control the motor problems caused of Parkinson’s.

Everyone diagnosed with Parkinson’s disease gets tremors

‘Flare ups’ are one of the side effects of the disease

Some people believe that you can get ‘flare ups’ of Parkinson’s, but this also isn’t true. Once the disease develops, the progression is very slow. If there is a sudden increase in symptoms, this is likely due to an underlying cause or medical condition and needs to be seen as soon as possible.

Things such as infections, dehydration, sleep deprivation, stress or most commonly, urinary tract infections can cause a change in Parkinson’s symptoms that could appear to make them worse.

Whilst Parkinson’s is incurable, it is not fatal. There are other conditions that can put you at risk but the disease itself does not usually lead to death. As the disease develops, you may be more prone to falls which can be dangerous, or infections.

Receiving a diagnosis can be devastating but it can be manageable with the correct support and medication. There are different options available as the condition develops, such as home care, respite care and full-time specialist Parkinson’s disease care.

If you found Parkinson’s disease – 5 myths you shouldn’t believe helpful, you’ll find more tips on living with a degenerative condition on our Health channel.

Our aim is to provide content for 'grown-ups' bringing you the latest lifestyle, travel and recipes. Plus health and finance tips from our expert columnists. Have your say on stories that matter to you and enter our free competitions and most important of all, enjoy 50connect!
Tags: Health, Parkinson's Disease Last modified: June 6, 2022 Previous Story
The Cane Field Killings DVDs up for grabs
→ 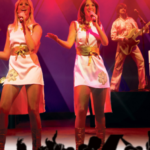 Next Story
Win a pair of tickets to one of the Trentham Summer Concerts 2022 in July!