There’s bargains at garden centres, plum trees to prune and plant flowering bulbs for next year. Check out our September gardening tips.

This is the time you realise that summer has gone and the first chill of autumn night has arrived. Our September gardening tips will help you with the work of preparing your garden space for the return of spring.

Yes, there are jobs that you will have to put your back into but the flip of that is there is plenty of creative planning to do and lots of end of season sales at garden centres where you can pick up bargains.

Time to prune any plum trees you have (when you’ve picked the last plum that is). The problem with plums is that you’re supposed to prune them in the summer, any other time means they’re at risk from developing “silver leaf” a fungal infection that can easily kill the whole tree. If you do prune in summer then you lose the fruit on your pruned branches, not to mention what you would knock off adjacent branches as the pruned wood fell. A good compromise is to prune immediately the years crop has been picked, not quite high summer, but enough to keep the tree reasonably safe.

Scour the retail outlets for summer plant bargains. The end of the year is the best time for new plantings, the soil is still warm and there’s time for plants to get established before the winter. At the same time drought and being baked by the sun is much less likely so new introductions don’t need the fussing over that they may do at other times of the year. Come the spring they’re all ready in place and ready to perform as best they can with minimal intervention from you.

Shrubs and perennials that have sat in nurseries and garden centres all summer have been growing strongly in good conditions and are now large and vigorous. They pose a problem for the retailer in that they will  need potting on to ensure they remain healthy, in the main, if the plants are not sold they will end up on the compost heap or in the skip. So this becomes an extra special time of year to buy and plant new introductions to the garden.

What stops people doing it? – the thought that things are now going to wind down and there won’t be any reward seen until next spring from their efforts. Not a problem for the real gardener though – go on fill those gaps before you start pulling the purse strings tighter in time for Christmas.

Be creative and plan next year’s blooms

Sow hardy annuals for early flowering next spring. Calendulas, Larkspur, Nigella (love in a mist) Shirley poppies and my favourite blue cornflowers all do well if sown in rows in a sheltered position. Don’t bother with the “broadcast” method of sowing as often advised for hardy annuals, the additional individual attention of short rows drawn in the soil with a stick, seed sown thinly and then covered properly and watered in is much more successful. The rows don’t need to be straight or aligned, as long as the seeds aren’t left so much to their own devices.

Detach strawberry runners and plant them out in well dug over and manured soil now. You can get huge amounts of free plants if you’ve grown any strawberries. If you’re not ready to plant them out, them place each little plantlet in a space of its own in a small pot or several in a seed tray and they’ll soon root and be ready to plant out later. It’s also a good way of getting extra plants to give away to friends and neighbours which is always one of the nice things about gardening.

A good time to make a new lawn using turf. if you’ve put it off over the summer (or for even longer). The cooler but still reasonable temperatures and reliable rainfall at this time of year mean that it is one  of the best times to do this.

Tidy the garden. This help to reduce the amount of hiding places and food that slugs and snails in particular will have to tide them over the winter, which is good news for you next year. Don’t be too enthusiastic  though, some plant seed heads can look good through the winter, particularly of ornamental grasses.

If you have any half hardy plants such as fuchsias or Pelargoniums watch out for cold weather and frosts that may kill them off, they need to over-winter in frost free conditions if they are to survive the winter. It’s a good idea to take cuttings in a protected place as an insurance policy.

In the 19th Century, Devon girls would go “crabbing for husbands”. Crab apples, gathered on 29th September (Michaelmas Day) would be arranged in the shape of the prospective lover’s initials. Those best preserved on Old Michaelmas Day (10th October),  were thought to indicate the best prospects.

Sow the seeds of any perennials or shrubs as soon as they’re ripe. If you collect your own seed from existing plants, then sow them when nature intended them to be sown. They might not always germinate straight away, so keep them somewhere sheltered from too much rain and sun and they will do in time.

Our aim is to provide content for 'grown-ups' bringing you the latest lifestyle, travel and recipes. Plus health and finance tips from our expert columnists. Have your say on stories that matter to you and enter our free competitions and most important of all, enjoy 50connect!
Last modified: September 14, 2021 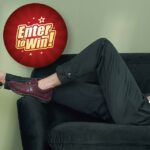