Maxine Farmer braves the rain for some essential summer maintenance and ideas for adding colour if your plants fail to bloom. 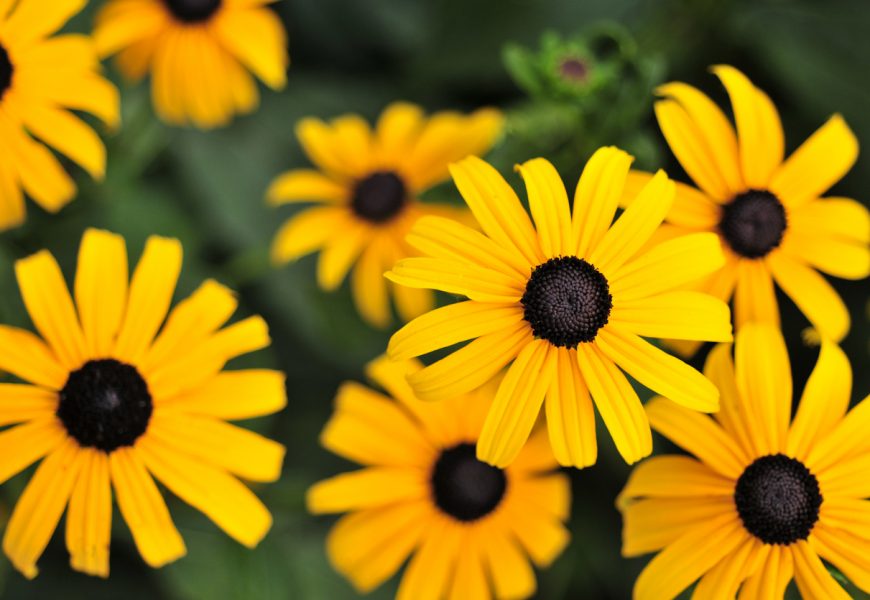 A particularly wet start to the 2012 summer has left some gardeners feeling very despondent.  The promise peonies and roses were replaced by soggy rotting flowerheads, vegetables are struggling and the herbaceous borders are literally swamped.

It is probably little consolation that your grass is lush and green (albeit a bit mossy), as opposed to being a burnt-out crisp. So what can be done to salvage the situation?

Here are a few suggestions

Invest in some summer flowering shrubs, because compared to more fragile perennial and annuals, they withstand being pelted by the rain better. My personal favourite is Spiraea Anthony Waterer, because it flowers for weeks on end and being relatively compact, fits well into most border designs. Good old lavatera (Mallow) and buddleia davidii (Butterfly Bush) may not be the most glamorous of plants, but these are shrubs which will reward  you with flowers in their first planting season (rather than sulking, unlike more pernickety species). Buddleia Davidii Black Knight has strong purple blooms, while Royal Red leans more towards the cerise end of the colour spectrum. Lavatera Burgundy Wine will provide flushes of its hollyhock-style flowers for long periods during the summer.

Other reliable choices include weigela (don’t be fooled by its delicate pink blooms, this is a tough plant) and leycesteria formosa (or Pheasant berry), which is a plant that seems to enjoy being rained on and is extremely easy to grow.

Just in case we get an Indian summer, plan ahead to the autumn.  Think now about investing in the sunshine hues of rudbeckia and helianthus. Seek out some purple-flowered turtle-head flowers (chelone oblique ) and some anenome japonica for the more shady parts of the garden.  Buy some salvia uliginosa and some aconitum to provide tall hits of dramatic blue for the back of the border.

What else can you do right now?  If tomatoes or any other edible plants are in pots, think seriously about moving them into the greenhouse (if you have one) or at the very least, creating some kind of clear plastic canopy.   The lack of strong sunshine is as much of an inhibiting factor as the deluge of water, so the more you can create a conducive environment, the better the crops should be.

Some people may call this cheating, but I’ve been sneaking the occasional plastic flower into my borders for years. For instance, I bought three huge hydrangea heads from Ikea and several years on, they are still making a bright statement, poking out of a wigwam of canes. I don’t pretend that any of my fake flowers are real – who would think the two foot diameter red poppy head ever could be! eBay is a good source (I bought a purple flower garland from there this year, for just a few pounds. Close-up, it’s pretty lurid but from a distance, it is doing a great job of jazzing up an otherwise dull arbour where this year, the honeysuckle failed to do its usual stunning job).

Along the same lines, plastic windmills, pretty wind chimes, dream-catchers, Chinese lanterns and Tibetan prayer flags are all a relatively cheap way to jolly up a garden that may otherwise be looking a little sad.  In other words, small injections of colour make a big difference.

On a final note, while it’s attempting to give  up on maintenance, bear in mind that most weeds love the rain and within a few weeks, will just take over (in my garden, bindweed seems to be having a particularly strong season – no sooner do I turn my back than it is trying to strangle another plant).  Waterproof trousers make weeding in the summer rain just about bearable.

And, while May’s fears of a drought, following hot on the heels of the widespread hosepipe ban, may feel like a distant memory, let’s not forget just how quickly the weather can change, sometimes for the better  – this is Britain, after all!

About the Author / Maxine Farmer 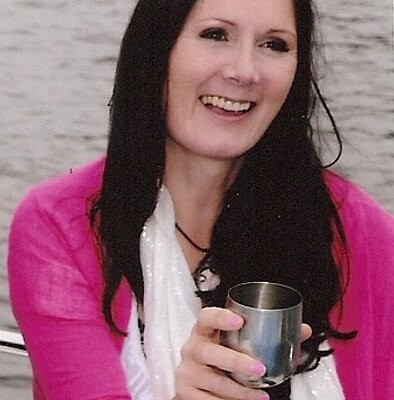 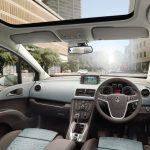 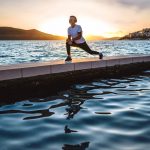