It is hard to imagine getting quite so much car for so little money but in the Dacia Sandero Stepway dCi 90 that is exactly what is offered.

Dacia is a relative newcomer to the UK market and like its eastern European predecessor in the early 1990s, Skoda, it has scored with budget level vehicles – most notably the Sandero supermini and the Duster SUV. With a base price of only £10,995 with a very generous trim, Dacia firmly fixed our attention on this latest evolution of the crossover model.

We took the Laureate dCi 90 for a spin and with the exception of a few minor gripes found it to be excellent both on price ( £11,675) and fuel economics. The 1.5 litre Renault diesel engine is reassuringly frugal, if a little sluggish with a full load, and in spite of its raised wheel base and driving position it rides comfortably with nice consistent steering and handling.

Our model was upholstered in dark carbon; the seating is practical and sturdy, which we found very good for driving posture and visibility. The seating plan is flexible with 60/40 split folding seats, the boot starts at a handy 320 litres, but can swallow up 1,200 litres with the rear seats folded.

Inside the cabin, Dacia has excelled with a well equipped interior that is streets ahead of anything in this price bracket. The dashboard is clean and simple with steel rimmed interlocking dials and an adjustable leather steering wheel. The media system, like most features, performs well above expectation – even in the absence of a DAB tuner – with Bluetooth, USB and Audio jack input allowing you to play music from other devices.

The Dacia work mantra is “make an enemy of the unnecessary”; it is a philosophy that enables production costs to be kept to a minimum and those who prefer style over substance are unlikely to be blown away by its plasticky feel. Nevertheless, for a car costing less than 12k, and I’m sorry to keep banging on about the money, the Ambience and Laureate ranges are mouth-wateringly well adorned.

From an accessibility perspective the Sandero Stepway, with its raised wheelbase, is a very pleasant ride – the extra 40mm clearance offers a higher driving position. And while most won’t be putting it to the test on rough trails it will cope comfortably with high kerbs and potholes around town. Skidplates front and back give the vehicle quite a chunky look, while adding another layer of practical protection when the going gets tough.

The high wheel arches with black-finish extenders (Laureate trim) add to a touch of purpose to bodywork, housing stylish 16-inch alloy-look Stepway design wheels. The fully loaded Stepway also comes with a stylish set of satin chrome roof while the door mirrors and bumpers are painted consistent with the bodywork, which from a cosmetic  perspective adds to the clean design of the car.

Among the few negatives we could level against this car is the choice of available colours. The Azurite Blue metallic finish of the model 50connect tested is probably the least appealing of the five colour options offered. The car is offered in Glacier White as standard, upgrading paintwork to Azurite, Cinder Red, Mercury or Pearl Black will put an additional £495 onto the bill.

The Renault-Nissan Alliance provides the Sandero Stepway range with two highly efficient engines: the compact but punchy TCe 90 three-cylinder turbo petrol and the commendably abstemious 1.5-litre dCi 90 turbo diesel. This is not a small car – but the engine is. Nevertheless, the only time it becomes noticeably sluggish is when joining motorway traffic – moving from 0 to 60mph in 11 seconds. Both engines serve up the kind of low emissions and high fuel economy that will provide owners with continued savings on day-to-day running costs.

The range-topping model also provides cruise control and speed limiter as part of a well-rounded equipment package. There is, however, no automatic transmission option on the Sandero, and it has to be said the gearbox and gear selection is a bit retro; there is a lot of open space been the gears, which is a little disconcerting while you are familiarising yourself with the car.

Power assisted steering comes as standard on all Sandero Stepway models and it performs pretty well even at higher speeds; there is some vibration during motorway driving but it is tolerable. The tweaks on this the second generation of Sandero come into their own during day to day use; even for less physically able drivers manoeuvring is made easy with sensitive low speed steering taking the strain out of parking. The Laureate comes with parking assist, which also puts another big tick next to it in terms of the number of features available on a budget £11,675. Very impressive.

Dacia has kept costs in check and passed on those savings to the customer in a car that is grabbing lots of attention. It has flexibility in terms of cabin space, seating plan and boot space and even at entry level weighs in with features you would expect to be extras. The Laureate trim upgrades again represent excellent value for money. To put a car of this quality on the road with air conditioning, touring pack, touch screen navigation system and media player is a real challenge to other established players in the crossover market.

Earlier models made good use of parts and equipment from current and previous generation Renault group and Alliance models, including switchgear from Clios and a Nissan-sourced 4×4 system. However, the newer Dacia line-up (post 2012), including the new second-generation Sandero and Sandero Stepway, benefit from the latest Renault technology and equipment upgrades.

The Sandero Stepway is a very likeable driving experience. It is not cutting edge technology by any means but that should not count against it. As an everyday vehicle that doesn’t have lofty pretensions about itself and that will be a willing work horse there is nothing to touch it in this price range. Indeed, on the driving experience we had, it would give many of its loftier (and considerably more expensive) rivals a serious run for their money.

Roam around citizen of the internet. Dedicated to finding new stories to tell and shining a light on issues affecting people in and approaching retirement.
Last modified: May 14, 2021 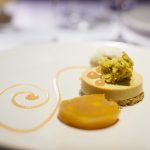 Next Story
Sormland: Discovering a food and wine paradise