Mazda5 has all the right moves

HomeMotoringMazda5 has all the right moves 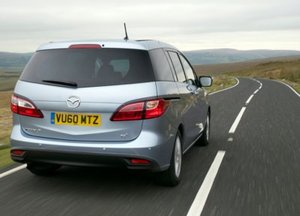 Mazda has been fairly active of late. If it hasn’t been playing with its prices and finance deals, it has been tweaking and face-lifting its various models and alerting consumers to more efficient models from 2011 onwards.

A few months ago we had the opportunity to test drive the seven-seater Mazda5 MAV (multi activity vehicle, or people carrier as they used to be called). Despite a high standard specification, which includes three rows of seats and useful electric sliding doors on both sides, prices for the entry level 1.8TS model come in at an attention grabbing £18,165.

Now that the latest Mazda5 has grown in length to 15 feet, it finds itself in the big league occupied by the likes of Ford’s S-Max and the Volkswagen Sharan – only costing thousands less. At first sight, the Mazda5 looks streamlined and stylish for what is essentially an MPV. It sits low on its suspension and low profile tyres, with a steeply raked windscreen, thrust-forward nose, gaping radiator grille, fashionable snake-eye headlamps and its sides enhanced by BMW-esque sculpturing. 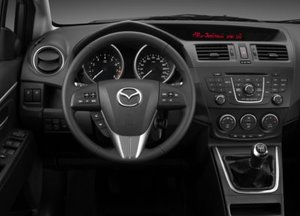 With value for money an increasingly important consideration, the Mazda5 doesn’t sell itself short. The interior has the same feeling of understated quality you find in a Volkswagen and is predominantly charcoal grey in colour.

In addition to those sliding doors, the Sport model we tested comes with well shaped, heated front seats (with smart red piping), climate control, a good quality CD/radio system, six-speed manual gearbox, plenty of 12V charging points, lots of cup holders and storage space including a useful shelf located above the glove box, while the computer information system gives the usual trip mileage, miles to empty and instantaneous fuel consumption. A surprising omission was a lack of side pockets in the rear doors.

Despite the moniker, this car isn’t especially sporty in character and it seems a bit pointless to try to give what is essentially a people carrier a ‘sporting’ (ie. uncomfortable) ride. In the case of this model, while it cruised comfortably at motorway speeds this was accompanied by an incessant roar from the low profile tyres and the ride became increasingly hard and joggly on anything other than a billiard table-smooth road surface.

Manufacturer’s recommended On The Road price: from £18,165. 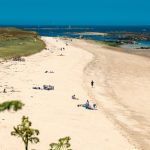 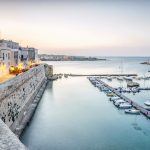 Next Story
Hidden secrets of Puglia