We continue our trail along the South Downs Way from Exton to the A286 for Cocking taking in Old Winchester Hill and Queen Elizabeth Country Park.

This is a long section of the South Downs Way, but it could conveniently be broken at Queen Elizabeth Country Park or the B2146 above Harting. Having followed a road north-east out of Exton, the Way crosses the busy A32, crosses the Meon and follows a succession of narrow, stony tracks eastwards out of the valley, in the shade of trees and under the old Meon Valley Railway. You then head south-eastwards steadily and directly through more open countryside to reach Old Winchester Hill, at 648 ft the most elevated ground so far.

The summit is noteworthy for its Iron Age fort and associated defensive earthworks which date back to around 200 BC. However, you can enjoy the summit simply for its wonderful views which on a half decent day extend as far as the Isle of Wight, and also the nature trail and reserve that are situated here.

Sadly, the airy hilltop grassland walking does not last; the Way reaches a road, turning left onto it and then right onto a path that plunges downhill again to pass Whitewool Farm, just beyond which you turn right onto a metalled road, and shortly left onto a track leading to Henwood Down. There is then another right turn onto a track, crossing a minor road at Coombe Cross. By turning left, however, you may soon reach East Meon and its beautiful church, famous for its magnificent Tournai font of black marble, depicting the Creation. It has been described as ‘a Bayeux Tapestry in stone’.

Returning to the route, further climbing leads to the good viewpoint of Salt Hill (well over 700 ft) and, beyond Wether Down, the stark buildings comprising the former naval base of HMS Mercury. You reach a metalled road and turn left onto it to pass this. At length you reach a road junction, cross straight over and head eastwards, beginning the final march on Butser Hill. You proceed initially on a track and then turn left to proceed beside a road. The rise of the ground towards Butser is almost imperceptible – the hard work has been done reaching the top of Salt Hill – and you can enjoy the lovely views to East Meon Church.

As the summit draws closer it is likely that you will not be alone enjoying the hilltop that, at 888 ft, represents one of the major summits of the South Downs Way. Only those walkers who are very pressed for time, or those urged on by inclement weather, will not stop here. The hilltop is a magnet for hang-gliding and kite-flying enthusiasts, its Bronze Age tumuli will interest the archaeologist, and its panoramic views across Hampshire and to the Isle of Wight will impress anybody fortunate enough to be there on a clear day.

The Way swings to the south-east and a glorious downhill plunge on springy grass takes you underneath the A3 London–Portsmouth road. Beyond the underpass you reach the information centre and cafe on the edge of the huge woodlands making up Queen Elizabeth Country Park. The Park not only has good facilities but also a huge range of very well-marked walks amongst the woodland. The network of paths hereabouts can be a little bewildering to the walker who may search in vain for the familiar acorn symbol or simply the words ‘South Downs Way’.

There is then a long climb through the forest, heading northeast on a good track, and on fine weekends there are certain to be other walkers and cyclists for company. At last, at Faggs Farm, things level out, the trees relent and you reach some excellent, well-signposted eastward walking on good paths and metalled tracks above the pretty village of Buriton, with its fine Georgian manor house and rectangular pond.

The views from the Way are improving all the time. At Sunwood Farm, you reach the border with West Sussex. Until the extension to Winchester was opened in 1989, this used to be the western end of the route, and although it is a pleasant enough spot, it seemed a lame start or end to a great walk. At length you cross the B2146, where you can detour to the left to visit the pretty village of South Harting, which offers both accommodation and refreshment.

Nearer at hand, and accessible by a detour to the right down the B2146, is Uppark. Built around 1685–1690, it has been described as a copybook example of the Wren-style country house.

The author HG Wells spent part of his boyhood there. The house was very badly damaged by fire in 1989 but has been miraculously restored, and you may well wish to break off from your exertions to enjoy a tour of the house. However, you’ll find that in the course of any long-distance walking, shuffling slowly from room to room can feel as exhausting on the feet as actual path walking, and you may be forgiven for being one of the less appreciative students of the set of paintings in the Long Gallery or the detail on the ornamental vase which Lady Emprynghame-Beaumont brought back from Outer Mongolia in 1739.

Facts about this South Downs Walk

Nature: A well-defined route along the chalk ridges of the South Downs with spectacular views to the sea and across the Weald.

Beyond the B2146 you enter thick woodland, climbing up in a south-easterly direction to reach the B2141(the main Chichester–Petersfield road) then, having crossed this road, you go forward to reach Harting Hill, the first real highlight in West Sussex. Though at roughly 750 ft it lacks the loftiness of Butser Hill, there are splendid views to the north of the escarpment, most notably to the village of South Harting, whilst looking back there are views which can extend as far as the Isle of Wight and Portsmouth.

Harting Hill, like Butser Hill, is a popular haunt for day-trippers, perhaps because its superb views are obtainable within a few yards of the well-used car park. It is also the start of a magnificent seven miles of South Downs Way walking, on a succession of well-marked paths that are free from road tramping or traffic noise.

After following the top of the escarpment on excellent tracks, with more splendid views to the north, the Way turns sharp right and changes direction to go round the western side of Beacon Hill. You then turn abruptly from south/south-east to due north to contour the hill’s eastern side.

There seems no obvious reason why Beacon Hill, with its Iron Age summit fort, is bypassed by the route, although it has to be said that the traverse of it is very demanding and you may be glad to be spared its rigours.

Having met the path coming down off Beacon Hill, you have a short descent followed by a swift climb to the summit of Pen Hill. Ahead you can make out the beautifully-shaped downland slopes, largely wooded, that comprise Treyford Hill and Didling Hill; moreover, on a clear day it is possible to identify Bognor Regis on the Channel coast.

There is a less interesting interlude as the Way descends to pass Buriton Farm, turning left then almost immediately right onto a good track, and there follows a climb through the woods of Philliswood Down.

A sharp left turn at a crossroads of paths brings a clearing in the woods revealing five Bronze Age round barrows known as the Devil’s Jumps. The woodland thickens for a while as you pass the grounds of Monkton House, once lived in by the art collector Edward James, and you may hear the shrill cries of the resident peacock.

At length, the woodland relents and there is a sequence of magnificent open walking, heading just south of east, with breathtaking views to the Sussex countryside including some tremendous panoramas of Chichester harbour. Indeed, one of the most satisfying moments on your entire journey is to emerge from the trees and find yourself on the open ridge, high above the Weald, with the spire of Chichester Cathedral soaring proudly from the flatlands close to the harbour and, in the immediate foreground, the tree-clad slopes of Treyford Hill, Didling Hill, Linch Ball and Cocking Down.

A footpath leading off to the left soon after you clear the woodland will take you to the so-called Shepherd’s Church of Didling. Started by the Saxons, only the font remains from that time. The rest is early thirteenth-century. Its gnarled bench-ends are its most remarkable internal feature, but its field setting gives it a beauty and solitude that is timeless. When the field is not cultivated, another possible detour is to the triangulation point at Linch Ball at just over 800 ft. On a clear day not only can you see across the Solent to the Isle of Wight, but you can also identify Chanctonbury Ring to the east.

Shortly after Linch Ball, the path drops to the A286 just above Cocking, and on the descent you may be accompanied by van-loads of marksmen travelling to or from shooting butts on the Downs.

At the A286 the bus company have kindly placed a stop right on the route, and there are regular buses to Cocking. It is fairly easy for the purist, who will insist even on off-route diversions being walked, to stick to his principles for the descent to the village for rest and refreshment. His principles will be more severely tested next morning on the realisation that after a steep climb up on a pavement-less main road, there is another climb to regain the height lost since Linch Ball, and twelve miles to the next pint of beer.

The Big Walks of the South

Extract reproduced with permission from the chapter on The South Downs Way in The Big Walks of the South by David Bathurst (Summersdale, Paperback, £8.99).  This book and its companion book, The Big Walks of the North are available through all good booksellers or by clicking here.

If you missed part one, click here Winchester to Eastbourne. The final leg of the trail – from the A286 to Houghton. 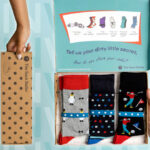