Grandparents’ rights – or not?

Grandparents are the first port of call for childcare and support but what are your rights to contact your grandchildren after a relationship ends? 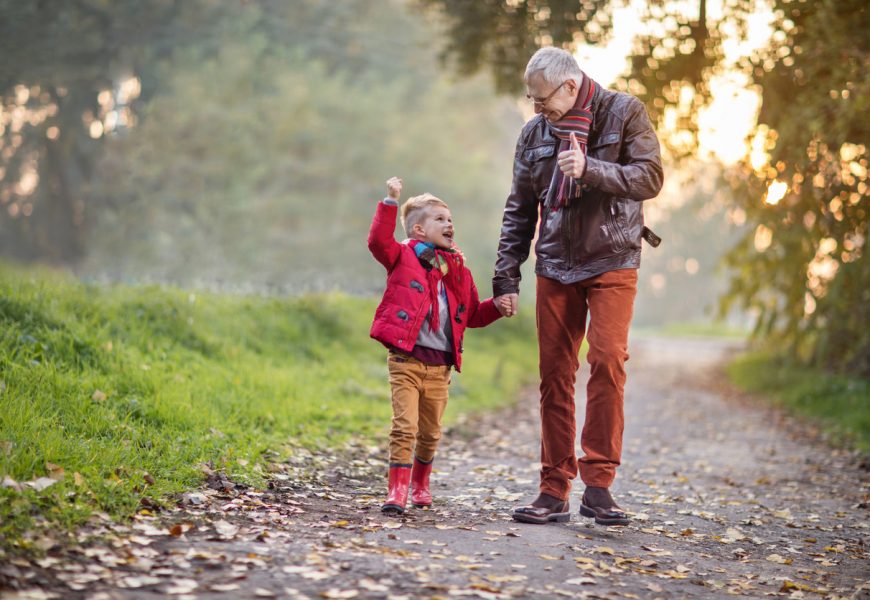 Next time you are in the playground collecting your grandchildren take a good look around. Chances are that just as you are fulfilling your childcare role there are many other grandparents doing exactly the same thing.

We all know that grandparents can have a vital role in children’s lives and are often called upon, sometimes at very short notice, to assist parents in the caring role – this is particularly so when family circumstances are difficult.

Research carried out by and published by Grandparents Plus in 2011 highlighted some startling facts. It found that the role they played in looking after their grandchildren was “vital”. 63% of those surveyed looked after their grandchildren in some form. Considering that there are approximately 14 million grandparents in the UK that translates to an awful lot of grandparental care.

A remarkable 43% of children aged under five whose mother works have some care provided by their grandparents (and this figure only drops 1% for children between five and ten years of age).

The value of the childcare provided by grandparents has been estimated historically by Age Concern at nearly £4 billion per year – and that figure could be substantially higher today. It has a vital affect on the economy, often enabling a parent to go out to work.

It is of course not surprising that grandparents are often the first port of call to undertake some childcare duties for their own offspring. Many couples both now have to work to make ends meet and grandparents are likely to offer their services for little or no cost at all. It can be argued that grandparents have some time on their hands and that it is in a child’s best interests to have a member of their family looking after them rather than a virtual stranger.

We have created a society where we acknowledge and make use of the strong familial bond between grandparent and child – however what happens when the parents separate. As striking as the statistics concerning the use of grandparents as carers are those estimated by the Grandparent Association in 2009 which suggest that 1 million grandchildren then lose contact with their grandparents as a result of divorce or separation. The Department for Children, Schools and Families reported in 2008 that whilst 6 in 10 paternal grandparents describe themselves as “very close” to their grandchildren before separation, that figure drops to 3 in 10 after separation.

If separation does take place it is essential that you try your hardest to remain objective, non positional and fair. You may have to rely upon the goodwill of the parent with care to provide you with a meaningful relationship with your grandchildren so do not alienate them.

If things take a turn for the worse consider making direct representations to the parent with care. This could be by letter, or if appropriate, in a face to face meeting – where the positives in your relationship can be highlighted. Stress the benefits that you can bring – be they emotional, practical or financial; and also point out that the extended family miss the children too.

If all other approaches fail then the only it may be that you will have to consider making an application to the court for a judge to make a determination of your rights.

Applications to the Court

When it comes to your legal rights as a grandparent, this is where the law is a spectacular failure.

As a grandparent you may expect that the law will give you some special rights – sadly that isn’t the case. Consequently, unless you already have a residence order in your favour; have looked after your grandchild for three years out of the last five or has the consent of all people who would be affected by any application; they you will have to obtain the court’s permission to bring an application.

In essence you are no better placed that any other individual as everyone other than the parents, step parent with parental responsibility or person with a residence order must obtain the court leave.

It is fair to say that leave is very likely to be granted but from there on the application will proceed in the same fashion as any application regarding a child and whilst delay is generally contrary to a child’s interests cases usually take 6 – 12 months to conclude.

What orders can be made in Private Law Children act applications?

Whilst principally grandparents will be seeking contact orders, there are other orders which can also be applied for.

These include Residence orders – directing with whom a child should live. The primary concern for a court, when considering residence applications, is a child’s welfare. In 2009 [re B (a child)(child residence order)] the Supreme Court confirmed that, in a case where a child had been raised by his grandmother, that the father’s application for residence would be unsuccessful. There was no assumption that it was in a child’s best interests to reside with a biological parent.

It should be noted that under the Children and Families Bill which is currently before parliament that the terminology for residence and contact orders is due to be changed and will become known as “Child arrangement orders”.

The issues considered in this article can be complicated as well as fact specific and if you are in any doubt as to your rights you should seek early independent legal advice.