Easy to use and crisp audio make Doro Comfort 3005 a great piece of kit … until it rings! 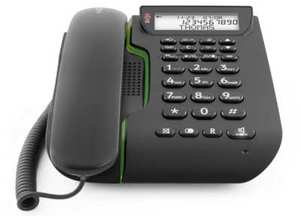 I was really excited about trying out my new Doro Comfort phone. I had been looking for a new telephone to replace the old bulky brick that had taken up half my desk in my home office for the past 10 years. This seemed like the ideal upgrade – with built-in answering machine, caller identification, 99 entry electronic phonebook and hands free speakerphone, it could be the perfect telephone for both domestic and home office use.

I was immediately impressed when I opened the box. There was the phone, a nice black compact device, with the handset and 3 cables – seemed easy enough. Having spent many years around telephones, it was quite simple to figure out which cable connected the handset to the actual telephone, which wire I needed to plug in to the telephone jack in the wall, and which cable to connect to the power outlet to power the display and the answering machine. I checked the manual included in the box just in case, and found that it was very clearly explained, with clear pictures and instructions. I was pretty proud of myself that I got all the connections right!

Once all the connections were made, I switched on the power at the wall and voila! The display lit up and I was ready to set up the different functions. The instructions were very clear – which button to reach the menu and then how to scroll through to set up each of the main features of the phone. The first step was to set up the date and time – simple enough. Once that was done, I was given the option to change the language on the display. There are 3 languages to choose from: English, French and German. With that done, the next step was to set up the ring delay – this is how many times the phone rings before the answering machine kicks in.  This is where I ran into my first problem.  There are only 2 real options – 2 or 4 rings.  Now I knew 2 rings would be a challenge. I no longer consider myself a sprinter, so I opted for the 4.

I then got to set up my outgoing message – the greeting people hear when they call and get the answering machine.  Simple enough, got that done and found that setup was pretty much complete. The nice thing about the answering machine is that it can also be used to leave a voice memo for someone in the family.  Simply record a message and they can listen to it later, either from the telephone or from any other phone simply by dialling the home number and keying in a special code.

But the biggest drawback of the phone is the ring delay.  I knew 2 rings would be a challenge but I didn’t think 4 would cause a problem.  Boy was I wrong! With the phone in the home office, if I’m anywhere except sitting at the office desk, then inevitably I can never get to the phone fast enough before the answering machine kicks in. They really must make a longer delay. If this phone is aimed at the older audience, then at least 8 rings are needed if not more.

One nice feature is the volume boost for the handset. When on a call, sometimes it can be hard to hear the other person. Simply pressing the volume boost button increases the volume in the ear piece so even people who speak very faintly or for someone with hearing impairment, can enjoy a conversation without having the other party repeat themselves constantly, even if they wear a hearing aid.

The built-in answering machine is a great feature. With 27 minutes of recording time, it has one of the largest on the market for this type of corded phone.  It would be difficult to run out of recording space, unless you ignored it for a few weeks. By then hopefully someone would have come around to check that we were still breathing! It’s quite easy to know that there are messages as the little red light near the display flashes. The only niggle is that the display doesn’t tell you how many messages there are. You have to cycle through all of them to find out.

I also liked the way the display lights up when you press the handsfree button or lift the handset to make a call. Makes it easy to use in low light conditions. Again here it would be nice if the display could be tilted to improve visibility.

Overall I would say the Doro Comfort is a clever piece of technology that could meet both domestic and home office uses. But for a product that is aimed at the older or elderly market, there are a couple of improvements that could be made that would make it much more practical and flexible to use, particularly the ring delay to avoid having to sprint to answer the phone.

What's good about the Doro Comfort 3005

What's not so goood 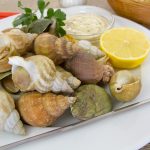 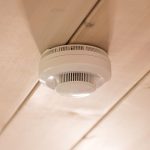 Next Story
Gas safety tips in your home