Ever felt that life is passing you by? Abby East looks at older people who held the bull by the horns and followed their dreams to a happy later life.

If you could live your life again, what would you like to do, that you missed the first time round? Travel to new places, learn another language, master a musical instrument or further your education? We’ve been inspired by a recent story about Marie Hunt, who has just been awarded her high school diploma at the grand old age of 103.

Mrs Hunt, from Wisconsin, felt unable to complete her eighth grade diploma in 1928, due to pressures of the commute to school and the need to help raise her siblings. Now living in an assisted home, a hospice nurse overheard her talking about how not completing high school was her biggest regret in life. The nurse spoke to officials from River Valley High School, and the Spring Green School District gave her the diploma at a ceremony at her living facility last week.

Some people are ‘late bloomers’, unable to find their raison d’etre until much later in life.

Hugely successful British actor Alan Rickman was a graphic designer before pursuing an acting career at the age of 28, only getting his first real break into theatre when he was in his 40s. Much loved BAFTA winning British actress Liz Smith became a professional actress at the age of 50 and has since starred in a variety of roles on British television and in Hollywood movies.

Many popular writers didn’t publish their first major work until later in life. Mary Wesley wrote two children's books in her late fifties, but didn’t write her first novel until she became a widow at the age of 70. During her lifetime, she sold three million books including 10 bestsellers in the last 20 years of her life. Her bestselling Camomile Lawn was made into a popular television series.

In the fashion world, Ralph Lauren, at 75, is still in charge of his $5 billion empire. Dress maker and personification of muted elegance, Jean Muir worked right up until her death at the age of 67, as did Coco Chanel, who was sticking to her usual routine of preparing that year’s spring catalogue when she died aged 87.

So perhaps you don’t have to think about what you’d do if you could live your life over again, after all. If these tales of people achieving great things later in life has inspired you, then don’t let age stop you from achieving your secret ambition. After all, it’s never too late. 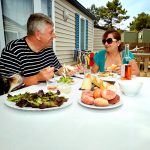 Next Story
Buying a mobile home in France