Nationalist and minor parties, such as SNP and UKIP, campaigning on region specific themes could become a headache for the big three in the event of a hung parliament. Tony Grew takes a light hearted flick through their respective policies and manifestos.

The 2010 general election coverage so far has been dominated by Gordon Brown, David Cameron and Nick Clegg – in fact these days even their wives are judged newsworthy.

Despite the focus on the big three, there are significant battles going on across the UK that are largely unreported.

The prospect of a hung parliament means minor parties could wield great influence.

In Scotland, the SNP are talking up their chances of increasing their seats from seven in the last parliament to 20. They are highly unlikely to meet that target, but will gain some seats.

In Wales, Plaid Cymru is also hoping to increase its Westminster representation – they had three MPs in the last parliament.

The nationalist parties have formed an electoral pact – both of them are excited about the prospect of a hung parliament, or as they insist on calling it, a balanced parliament.

Plaid and the SNP’s ‘Celtic Alliance’ will “champion fairer funding and guarantee provision of public services which are vital to the most vulnerable in our communities”.

In other words, they want Scottish and Welsh budgets ring-fenced as the price of their support for any Tory or Labour administration.

The SNP are committed to an independent Scotland and the removal of nuclear submarines from the Clyde.

They oppose Labour plans to scrap Disability Living Allowance for the over 65s and Attendance Allowance across the UK in order to fund a new care service for England.

Plaid are less vocal about independence, describing it as a long-term aspiration – they want more powers for the Welsh Assembly in Cardiff.

One of their seven key election pledges is increasing the state pension to ensure that “older people have a pension upon which they can live”.

The Green Party are likely to see a breakthrough this election, with their leader Caroline Lucas the bookies’ favourite to win Brighton Pavilion from Labour and become their first ever MP.

The first-past-the-post system means that parties such as the Greens, the UK Independence Party (UKIP) and the British National Party (BNP) can win seats in Euro and council elections but not at Westminster.

The Greens, who have two MEPs, will not work with a Tory government. They are fielding candidates in 300 of the 650 UK constituencies.

In their manifesto, the party focuses on the environment, the economy and fairness, calling for a ‘Green New Deal’.

They want to introduce a “citizen’s pension”, individuals would receive £170 a week if single and £300 as a couple, which would not be means-tested.

The annual £110bn cost would be covered by abolishing pension credits and ending tax relief on pension contributions.

They advocate an end to the use of nuclear power, spending £30bn allocated to building and repairing roads on public transport and free insulation for every home in Britain, as a way of reducing emissions.

The Greens also propose a 50p income tax rate for those earning more than £100,000 and a permanent tax on bankers’ bonuses.

UKIP also has no MPs, despite significant gains in the last two Euro elections.

The party has 12 MEPs and is fielding candidates in more than 500 constituencies.

They have set their sights on Buckingham, where colourful MEP Nigel Farage thinks he can topple the Speaker, John Bercow.

There is little prospect of UKIP picking up a seat anywhere else, though their vote could damage Tory support in key marginals.

Their manifesto promises withdrawal from the EU, of course, but there are other policies on tax, crime and immigration.

UKIP have advocated combining the existing state pensions, pensions credit and the winter fuel allowance into a flat-rate non-means tested, non-contributory and non-taxable ‘citizen’s pension’ of £130 a week for all people aged 65 and over.

UKIP claim that leaving the EU would benefit the UK across the spectrum, including pensions, public services, and even animal welfare and Post Office closures.

They also back nuclear power with plans for a 25-year building programme that will provide the UK with 50 per cent of its future electricity demand.

Along with an end to “mass, uncontrolled immigration” and a five-year freeze on any immigration, UKIP want to ban the wearing of the burka.

The BNP has pinned its hopes on Barking, where Nick Griffin MEP is standing against Labour’s Margaret Hodge. In 2005 the BNP got 17 per cent of the vote in the constituency.

They have not published a manifesto for the 2010 election, but in previous campaigns they have advocated the restoration of the “overwhelmingly white ethnicity of Britain that existed prior to 1948”.

A policy document from 2009 pledged to ensure that “all our old folk are able to live in comfortable homes, and will restore the earnings link with pensions. Elderly people who have paid a lifetime of taxes and reared families should not have to sell their homes to pay for care”.

The BNP has not released a list of its candidates – it is expected to contest around 200 seats.

It calls for repeal of anti-discrimination laws, which they argue work against the “indigenous population” and the reintroduction of the death penalty for “paedophiles, terrorists and murderers”.

The party also backs corporal punishment for petty offences such as vandalism and a return to national service for young people.

In Northern Ireland, four main parties will contest the general election – the nationalist Sinn Fein and the SDLP and the unionist DUP and UUP.

All four parties back the peace process and between them held all of Northern Ireland’s 18 constituencies at the last election.

The election will be a referendum on the performance in the devolved government of the DUP. The party has been rocked by the revelations that the wife of its leader had an affair with a teenage boy.

Meanwhile the UUP will be contesting this election under the Conservative Party banner, but the only MP they had is running as an independent and is likely to win.

There is a possibility that the DUP and UUP will come to an agreement not to stand against each other in some key seats to defeat Sinn Fein, who currently have five MPs.

Both Sinn Fein and the SDLP want a united Ireland, but with the consent of the majority of people in Northern Ireland.

Finally, the Official Monster Raving Loony Party are standing in up to 50 seats. Founded in 1982, the party brings some much-needed levity to the campaign.

Their manifesto advocates a knighthood for Ozzy Osborne, sending the UK’s traffic wardens to Iraq to give tickets to US tanks and a minimum of two nuclear war drills a day, “to keep the nation on its toes”.

BA flight attendants will face new laws ordering them to cheer up. The party also proposes creating a 13th month, “to get all those little things out of the way”. 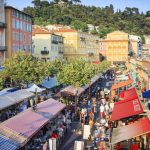 Previous Story
Nice – The Queen of the French Riviera
→

Next Story
Iceland volcano: ashes to ashes, so to speak