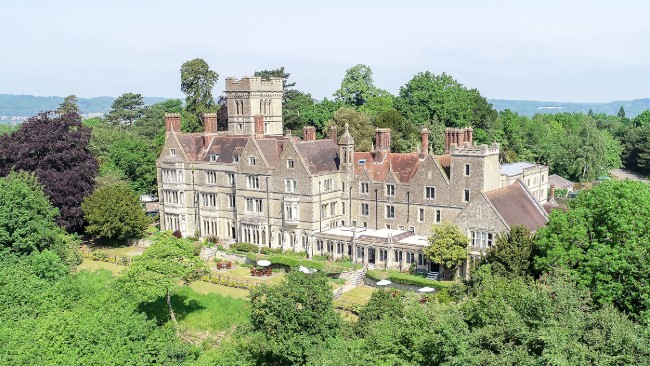 For an American family breakfast in the Cloisters restaurant, after their arrival late the evening before, was their first taste of England. It is a restaurant of leaded windows, Neo-Gothic arches and some 90 feet which provides many tables with a view.

As the American family looked out over gardens of pink roses, more pretty pinks from the lavatera, emerald lawns, box hedges and seats to enjoy the view – they must have felt they had arrived in a Garden of Eden paradise. A collection of wellington boots, in all sizes, encouraging guests to explore even when the terrain becomes a little squelchy.

They must also have felt that they had stepped out of time, transported to the Victorian era. Nutfield Priory had been built mild 19th century as a grandiose family home, for MP Joshua Fielden, in the fashionable Neo Gothic style of the times. Not only is grand Manor House in the style of the Houses of Parliament, it also has a “Big Ben” style Tower. 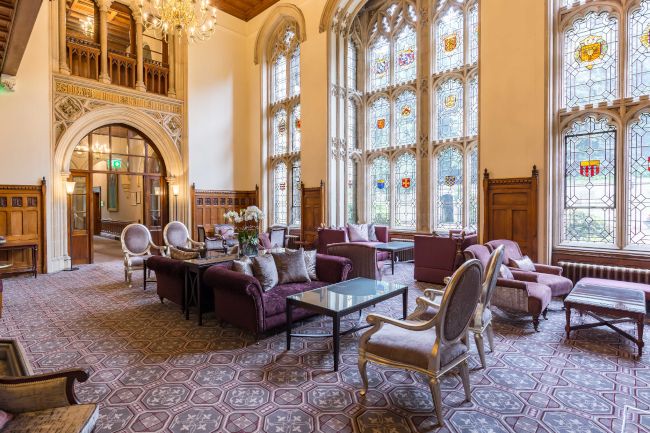 Interior design is on an epic scale. Marble fireplaces are stately, dignified portraits are life-size and numerous chandeliers drop from the ceilings high above. The Neo Gothic style, harking back to the spiritual beauty of Medieval Times, brings stained glass windows to the Grand Hall. Such grandeur would not be incomplete without a Minstrel’s Gallery and an 1874 organ. To stay at Nutfield Priory Hotel must be similar to being invited to a sleep-over at Windsor Castle.

Sympathetically, the decor reflects the house’s history. Photographs show the house finely furnished as a family home but in the library there are removable wooden panels used by Canadian troops for gun storage when the house became their base during the Second World War. Also in the library, pupils’ diaries record Nutfield Priory’s time as a boarding school. But today the building is probably looking better than it ever has thanks to Hand Picked Hotel’s ongoing refurbishment that brings 21st Century luxury to 19th century splendour. Take Afternoon Tea in the Library to gain a sense of the building’s rich history.

Sat on the Nutfield Ridge, the hotel enjoys a supreme location. To their north lies the historic Pilgrim’s Way, the trek from Winchester to Canterbury Cathedral which inspired Chaucer’s Canterbury Tales. To the south, beyond Nutfield Priory Hotel’s 12 acres of grounds, sit the mature woodland, the ash and beech of the Surrey Downs. 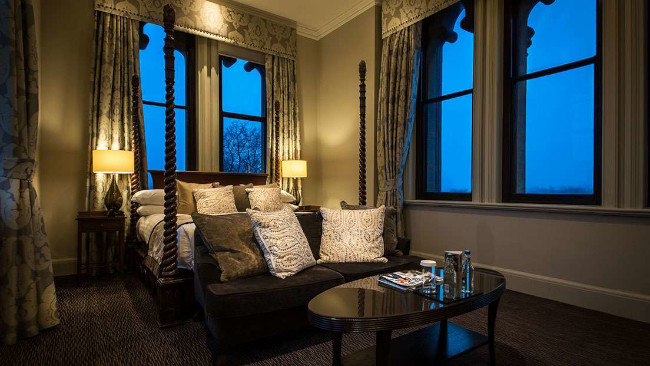 Guests fortunate enough to stay in the three storey Byron Suite are blessed with views of Surrey, Sussex and Kent from their vast four poster bed. Lord Byron, the archetypal Romantic post, would have approved of the quiet splendour of a Neo Gothic Tower surrounded by bird-song. A free standing Victorian style bath, mounted on a plinth, to provide a view of the woodland, would have met with his approval.

Fifteen feature rooms are named after British writers. The Milne room, celebrating the creator of Winnie the Pooh, seems most apt. Pooh would have felt at home blackberrying in the grounds and would have loved the honey on offer in the 2 AA Rosette Restaurant. 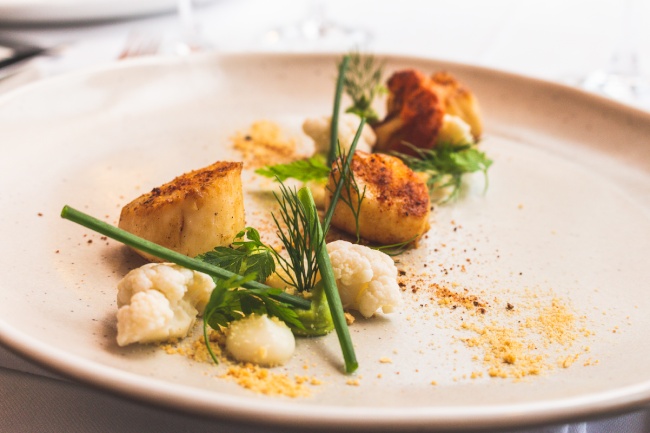 There’s a sense of adventure to The Cloisters Restaurant. At an early age Alec Mackins’ mother decided that her son would do a far better job cooking Christmas dinner than she would. Now Mackins is an innovative Executive Chef. Forget pork with traditional sage and onion, his Pigs and Porridge creation, pork on a bed of Thyme and Parmesan Porridge is the way to go. For utter indulgence select the “Love of Chocolate” dessert, a decadent tribute to chocolate in all it forms: mousse, sorbet, parfait, soil, biscuit, soil – don’t worry soil is only chocolate crumbs – and cream.

Although the hotel is a great base for exploring the local countryside many guests just park their car and stay put for a country escape. Alternatively, a 30 minute train journey from London Victoria brings them to Redhill Station, just a 2 mile taxi ride from Nutfield.

Back in Victorian times Nutfield Priory was a great country retreat. Today an impressive Spa and Health Club makes it even more tempting for guests – and day visitors – to escape contemporary life for a break. A gym, swimming pool, spa pool, sauna, steam room, relaxation room, squash court, studio classes and a range of therapies are yet more reasons why so many cars stay parked for several days. 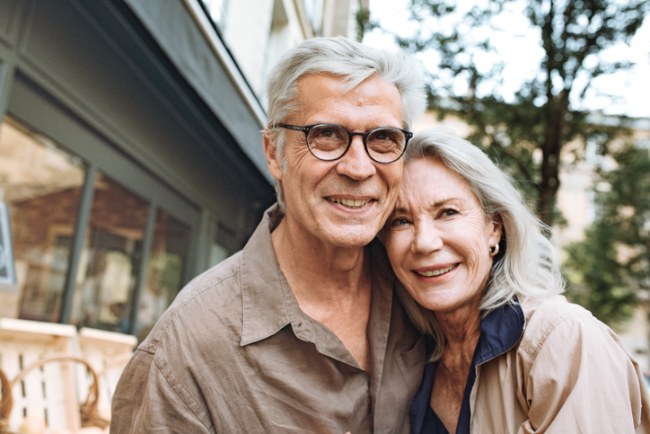 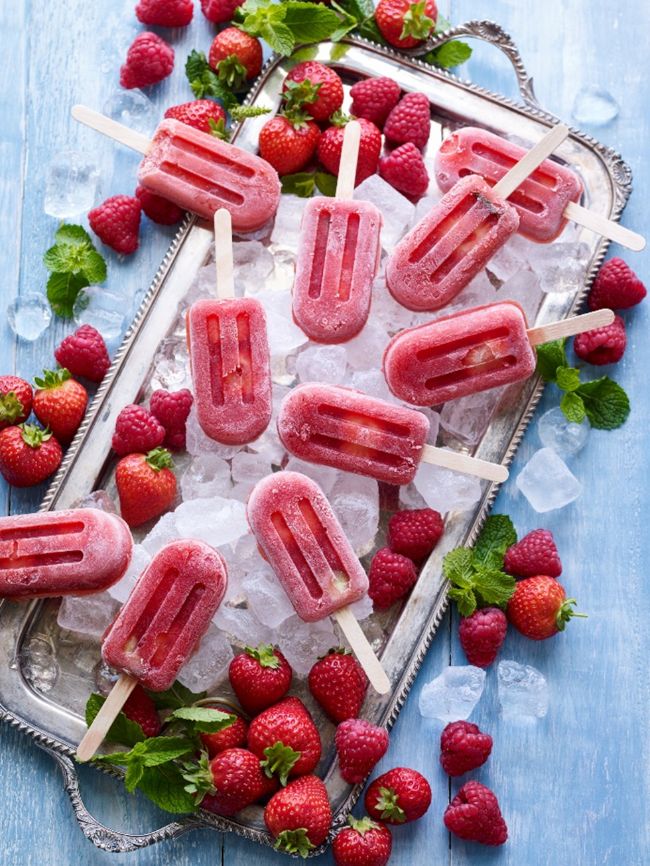 Next Story
Pimm’s and strawberry lollies