Boating on the Norfolk Broads 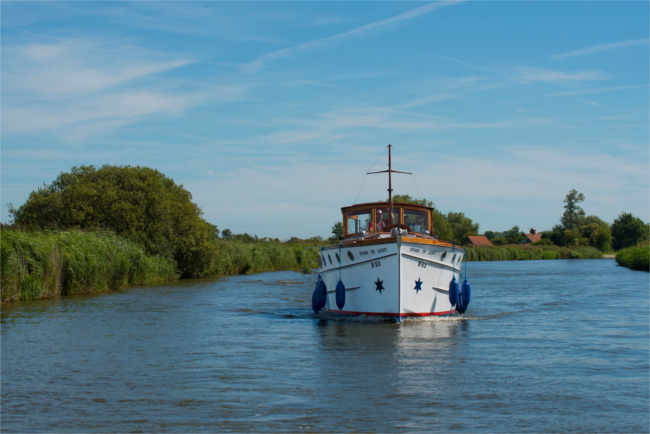 Unmistakable across the landscape, the gatehouse arch of St Benet’s Abbey is one of Norfolk’s instantly recognisable monuments. But for the best vista of this ruined abbey – and its squat wind pump tower incongruously within – you have to be on the water.

Sitting on the River Bure just before the juncture with the River Ant, by the 12th century it was an important ecclesiastical institution with the monks heavy users of the peat extracted from the landscape in the process which created the Broads we know today. While its importance had waned by the 16th century, it remains a landmark for those cruising on the Broads.

Herbert Woods’ modern fleet, based at Potter Heigham marina on the nearby River Thurne is where you can choose a range of luxury cruisers, picnic boats, day boats or Canadian canoes to explore the magical waterways. Having passed the drainage mills of the Thurne, cruise into the Bure and then branch into the River Ant.

Meandering, secluded, quiet and isolated, it is one of Norfolk’s truly beautifully waterways as it discreetly wends a spindly finger into north eastern Norfolk through reed-high banks bordered with grazing marsh. With Turf Fen Drainage Mill in the foreground and the How Hill Trust residential centre, which endeavours to improve public education of the Broads environment, on a ridge above and with a string of vessels passing to and fro, this is the quintessential Broads picture. The Ant then opens into Barton Broad – the second largest Broad in Norfolk – where sailing yachts criss-cross the open water.

Exploring the river aboard a cruiser offers a wonderful perspective but also underlines how so many of us who live in the county are slow to appreciate the Broads, its history and heritage, even though it is a world-famous attraction right on our doorstep. Heritage is an important facet for one of the longest-established Norfolk Broads holiday hire operators, Herbert Woods, which has had a presence on these waterways for nine decades and celebrated the milestone with a 90th birthday regatta last summer. Herbert Woods built his first hire cruiser, Speed of Light, in 1926 and having created the Broads Haven marina by digging out two acres of marshland by hand, gained renown for his fleet, going on to become one of the early pioneers of Broads tourism. A new style of boat was born, the ‘Light’ cruiser that was suitable for the narrow rivers and shallow broads and by the time of his death in April 1954, had a 139-strong fleet of hire cruisers ranging in size from two berths to eight berths, and has grown steadily ever since.

That heritage continues for 2017 with the re-emergence of the 1927 hire boat Spark of Light which is believed to be one of the oldest of the Norfolk Broads cruisers built at Herbert Woods in Potter Heigham that is still afloat and in use. Having undergone various name changes, it was retired from the holiday fleet in 1955 and then had a number of private owners but in 2011 was bought back by the boatyard. Lovingly restored, it will re-join the fleet on active hire service for 2017 under its original name.

The appeal of the Broads is that it is vast, yet accessible too. It’s a magical gateway for keen anglers off the boat or moored up by the banks. The excitement of the Broads can even be enjoyed on Herbert Woods’ dog-friendly boats. With picturesque stretches of open water and Broads linked by seven scenic rivers, channels and dykes, it is Britain’s third largest inland waterway with more than 125 miles of it navigable.

Even novices to the world of cruising can soon get the hang of steering and mooring and with helpful maps which give advice and warning on narrow or shallow stretches or other potential hazards, or highlight notable landmarks delightful days can be spent touring the wonderful waterways of Norfolk and North Suffolk. From the Ant, re-entered the Bure and the stretch towards Wroxham – the Capital of the Norfolk Broads – which in the summer is alive with sleek white cruisers, day boats, private vessels, yachts, restored wherries, canoes, rowing boats and even a floating ice cream seller!

Via the Bure and the surrounding Broads, it is possible to cruise along to Great Yarmouth and Breydon Water and take the River Yare towards Reedham, for example, or on to Norwich, or branch off and take the River Chet to Loddon. Alternatively, the River Waveney opens up the route to Lowestoft, via St Olaves and Oulton Dyke and Oulton Broad or on to Beccles and Geldeston Lock. The great pleasure is that you can go as near or far as you desire at a leisurely pace with all stretches easily accessible from the marina. 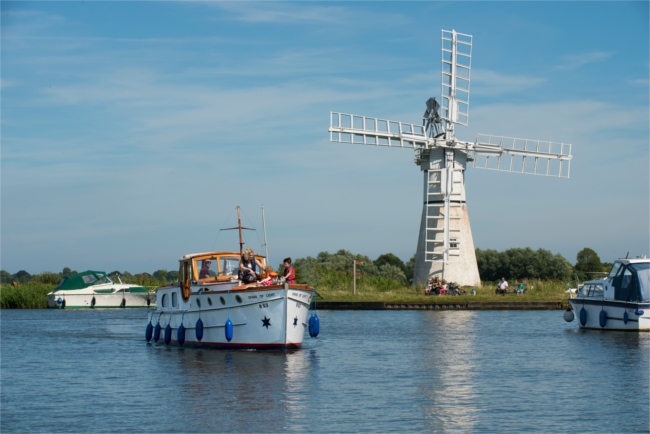 One of the pleasures of life afloat lies in discovering riverside pubs to moor up for an evening meal and the Broads are famous for establishments offering wholesome fayre. Here are a few suggestions:

Maltsters at Ranworth: Pub and restaurant next to Malthouse Broad at Ranworth with friendly staff, a relaxed atmosphere and large terrace and garden overlooking the Broad. It has extensive menus and a choice of wines and real ales, with free moorings not far from the pub. More information about Maltsters at Ranworth.

Acle Bridge Inn: A family-run business with high standards of food and service in a riverside location popular for visitors arriving by boat due to ample moorings. Extensive indoor and outdoor tables and facilities… children, dogs and muddy boots welcome. More information about Acle Bridge Inn.

About the Author / David Powell 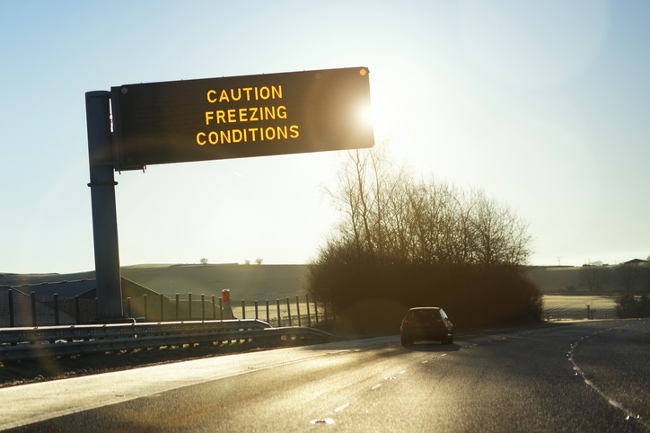 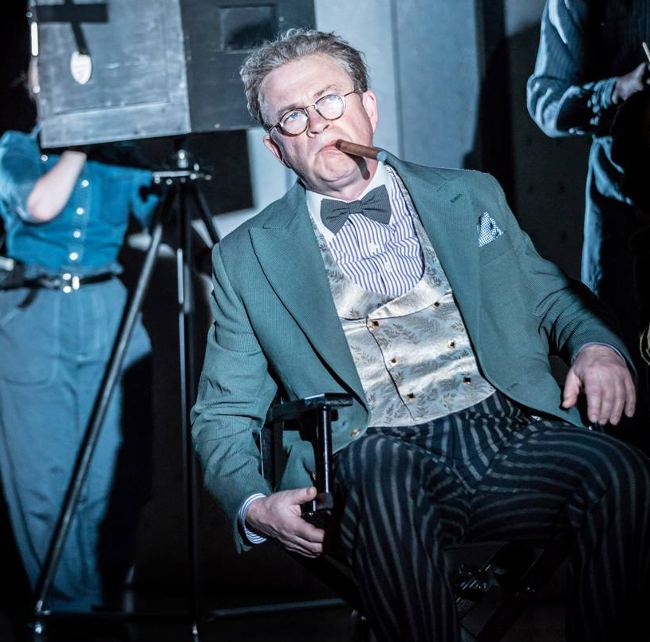 Next Story
Once in a Lifetime