Rain or shine Highbullen Hotel is an all year-round resort. Michael Edwards indulges in the facilities. 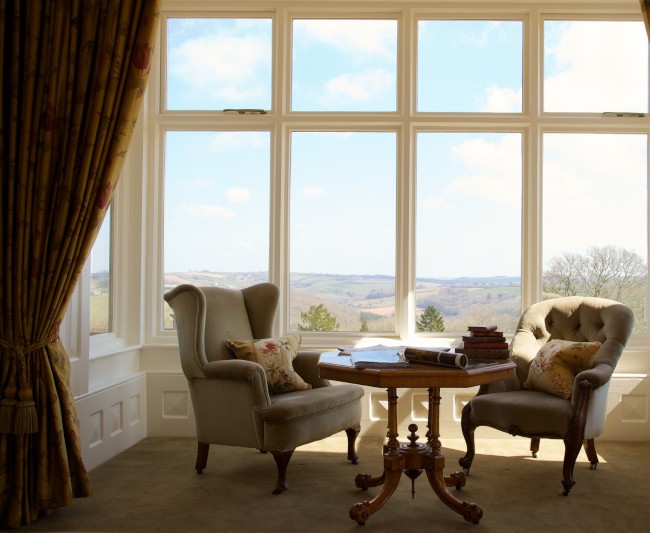 In winter – after a visit to the gym, pool or spa – guests relax for a few moments, sitting by a crackling log fire, looking out over the Mole Valley and reading one of the available magazines. Then, a selection of Wellington boots are lined up, in the porch, for exploring Highbullen’s extensive grounds. Returning in time for afternoon tea, taken in the Laura Ashley Tearoom, before a pre-dinner drink or a game of billiards. There’s a leisurely air to life at Highbullen.

Come summer there’s croquet on the lawn, tennis on one of the seven courts, a round of golf on the 18 hole course, a swim in the outdoor pool or a walk through Highbullen’s extensive grounds. Many guests just park their car for the duration of their stay. Occasionally though, visitors have been known to head for the Royal Horticultural Society gardens at Rosemoor, take a 30-minute drive to Barnstaple or head for one of the North Devon beaches. Located between Dartmoor and Exmoor, Highbullen is also an ideal base for walking the moors. 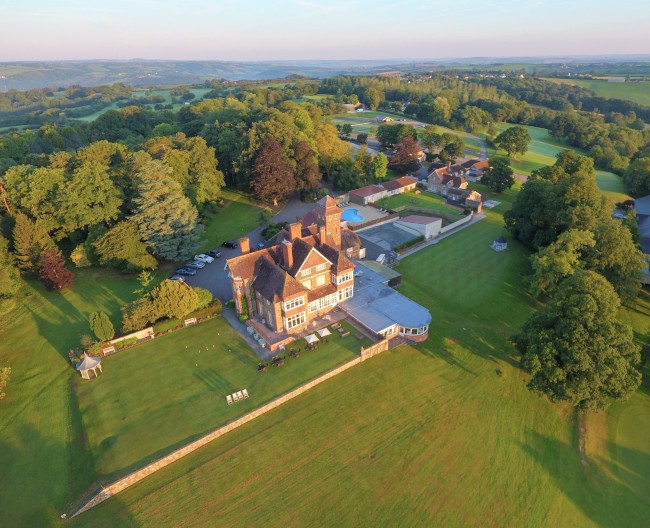 In fact, Highbullen is a hotel for all seasons. Throughout the year there is the Elemis Spa and a large very-well equipped gym that many North Devon folk use as their local fitness facility and an indoor heated pool too. Everyday there is a wide range of exercise classes that guests are welcome to join. During the fishing season the hotel has two beats on the River Mole for anglers. With some dog-friendly rooms, Highbullen Hotel attracts dog-owners with its numerous country walks. 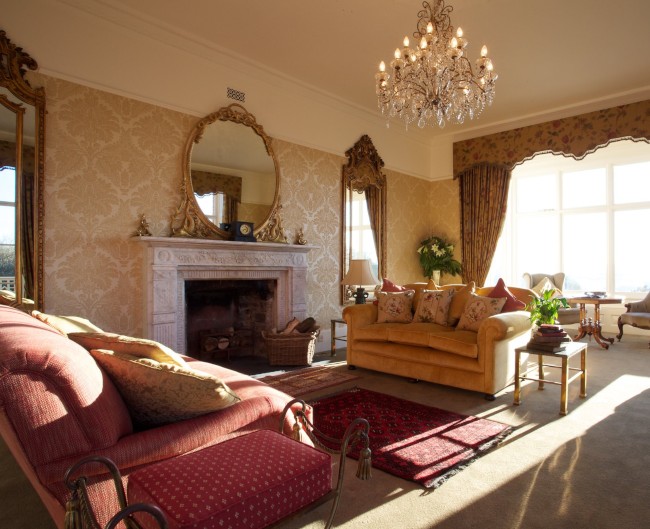 Like so many of our country hotels, Highbullen began as a family home. Built in 1879 in Victorian Gothic style with porches and steep gabled roofs, the Manor House was decorated in the newly created Arts and Crafts style, where a resurgence of traditional craftsmanship reacted to the growing trend for the functional mass produced goods of the Industrial Revolution.

Since the 1960s Highbullen has been a Hotel. Sir Laurence Oliver had his favourite room on the ground floor, now named in his honour. Olivier was a regular, sometimes staying to write chapters of his autobiography. But he could never stop performing, sometimes slipping behind the bar to play the impromptu role of a barman. Former French President Valery Giscard d’Estaing and supermodel Elle Macpherson have both stayed to get away from the very different pressures of their careers. 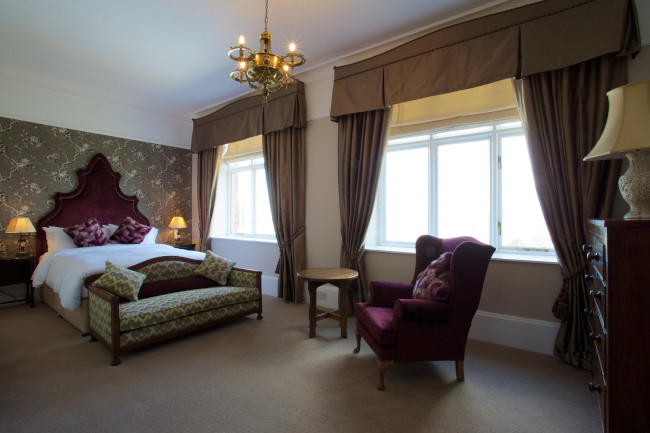 Of the 12 rooms in the Manor House, five are grand feature rooms with wide beds, crystal chandeliers and glorious views. If contemporary style is more your taste put in a request for the Loft Suite which won a design award. With a sauna room, steam room, lounge / study and open plan bathroom / bedroom it packs more of a punch than many a suite. It’s cutting-edge cool with decor of Devonshire earthy tones brightened by flashes of soft furnishings gold. There are push button velux blinds and state of the art sound systems in both bedroom and lounge. 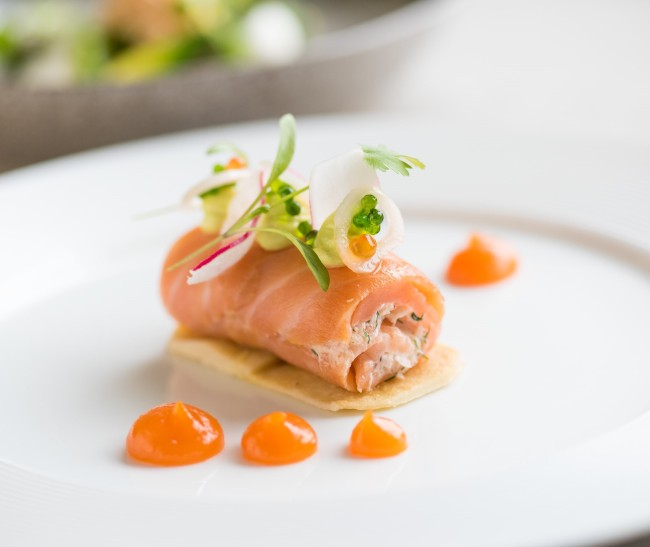 There is peace, a sense of permanence and a landscape that, apart from the addition of a golf course, has changed little since Queen Victoria’s day. With views to three sides the Devon View Restaurant, awarded 2 rosettes by the AA, is designed to give every guest that view. Menus make the most of local produce. Vegans and vegetarians are well catered for with a full page in the menu. The restaurant is also a cheese lover’s paradise with ten options for designing your own cheese board.

Beyond Exeter and off the main tourist routes, Highbullen is a peaceful haven for anyone wanting to enjoy some active but peaceful country living. Highbullen Hotel is a place where Victorian splendour meets 21st century comfort.

Previous Story
How to embrace change in 2020
→