Staying at the heart of Shakespeare’s Stratford, Michael Edwards investigates the Bard’s legacy.

Enter Hotel Indigo through the sturdy studded dark wood doors from Chapel Street and you could be stepping into Shakespeare’s olde world Merrie England. Beyond the half-timbered façade, behind the mullioned windows, the bar recalls the days when it was The Falcon Inn.

Whitened age-old antlers on the bar, trophy deer-heads mounted above the log-stacked fireplaces, thick timber beams, portraits of hooded falcons – this is a lost world. Taking a break from the Shakespeare trail, visitors pop in to savour a coffee, an ale, afternoon tea, dinner or to stay the night.

After half-a-millennium, it is understandable that the black-and-white timbers of this piece of history sag and twist a little. The top floor leans out over Chapel Street, as if straining to get a better of view of The New Place, where Shakespeare lived. And, even closer, the schoolroom, at the King Edward Vl School, where Shakespeare learned his trade.

Moreover, it is just a five-minute stroll to the Royal Shakespeare theatre on the banks of the river. Guests will be tucked up in bed before the cleaners have swept the stage clean of blood from the tragedies or brushed away wedding flowers from the Bard’s prototype rom-coms.

Although Shakespeare told many stories, 37 of them in total in his plays, he never told the greatest story. How could the son of a Stratford merchant create such drama from Denmark, Scotland, Venice, Verona and beyond? Places that he had never visited.

A visit to Shakespeare’s Birthplace also shows how, in addition to the plays, 154 sonnets, helped change the English Language. When we talk of something bring “Greek to me”, recall our “salad days” or live in “a fool’s paradise” we are echoing Shakespeare’s language.

After a lengthy, multi-million-pound restoration, completed in 2019, Hotel Indigo has breathed new life into this slice of Stratford heritage. Although The Tudor Rooms preserve many of the quirky features of the original house, they are distinctly contemporary in other ways. In the new wing, equipped with high-speed wi-fi, wide Hypnos beds, Egyptian cotton linen, Nespresso coffee machines and a 40” flat screen televisions, 76 standard rooms share the same luxury specifications.

Across a Tudor style garden of lavender, roses and rosemary sit the Georgian Townhouse rooms. On the end of the red-brick, white timber door terrace, room 701 has French windows opening onto a small garden furnished with outdoor table and chairs.

Decor blends contemporary colours – and a very avant-garde carpet – with a sense of history. Eight clocks are mounted above the bed’s geometric patterned wooden headboard. Each clock stopped at 4.20 as if it is eternally tea-time in a sort of parallel Alice Through The Looking Glass world. And within the dressing room, in the fridge, there is fresh milk for both tea and coffee brewed with that Nespresso machine.

The Woodsman Restaurant is the shining star at Hotel Indigo. After the opening The Good Food Guide gave its nationwide Best New Restaurant Award to a restaurant that is proudly traditional and quintessentially English in a modern sort of way.

Venison from the Cotswolds, Lavinton lamb and saddleback pork are all ingredients that Tudor nobility would have known, though they were less likely to be familiar with halibut and pollack from Cornwall’s day-fishing boats.

Obviously, there is a lighter touch to the menu than in Tudor times. Starters such as a pigeon pastrami, make a significant contribution to ticking off 30 different foods in a week if that it is your healthy eating target. The slithers of pigeon come with smoothly creamed pecorino, the bite of pickled miniature mushrooms, the crunch of sunflower seeds and plump grapes.

Forget Shakespeare for an hour. Take the footbridge across the River Avon, noting that it is only 185 locks, 132 miles and 88 hours cruising to London. Then enter the steamy world of the Stratford Butterfly Farm. In the flight area between 2,000 to 4,000 butterflies, from around 60 species, flutter around the tropical foliage.

Time to return to Shakespeare. Only founded in 2015, the Shakespeare Distillery, a taxi-ride away at Drayton, not only tells visitors everything they will ever need to know about gin, it also gives them the opportunity to design their own gin.

Small stainless-steel stills perform the magic. Two stills, named Portia and Ophelia distill gin, whilst big Auntie Titania bubbles away for seven days to create Jester Rum. After a tasting of different gins, few visitors can resist the urge to buy a bottle of Elderflower and Quince gin or Rhubarb gin. Other gins – and rums – are available.

After a memorable visit to Stratford, all that is left to be said, borrowing Sebastian’s words from Twelfth Night, is “I can no other answer make but thanks, and thanks, and ever thanks.”

Book a room at Hotel Indigo

Find out more about Shakespeare Distillery

Michael Edwards is a 50connect travel critic. He has a nose for good food and fine wine and plays a mean round of golf.
Tags: Hotel indigo, Stratford Upon Avon, Travel Last modified: May 23, 2022 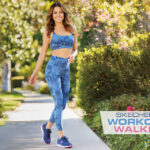