Surrounded by a peaceful lily-covered moat, New Hall Hotel, surprisingly close to Birmingham, is one of Britain’s most romantic hotels. Michael Edwards, living like royalty, investigates 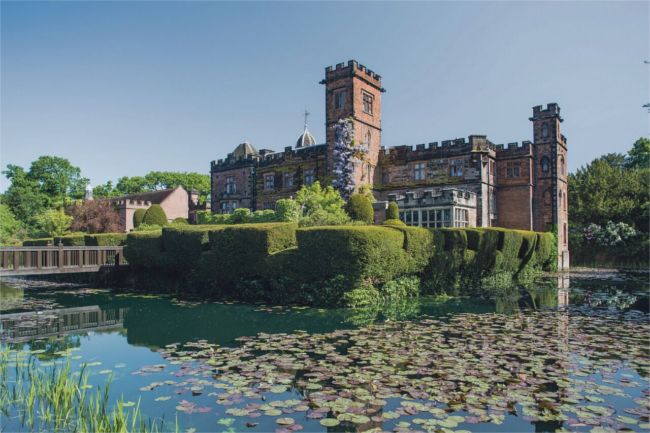 Waking up to hear the gentle lapping of the moat’s waters on the walls beneath your mullioned window is a wonderfully romantic experience. Then you roll-out of your four poster bed and look out over the moat, fed by seven babbling streams, across to the leafy forests of Warwickshire.

It seems as if you’ve dropped into an unusually tranquil episode of Tudor Times. A  rare peaceful day free of wars against the French, a blissful escape from the reality of Horrible Histories. A day free of executions for heresy or treason.

The chance for a stroll through immaculate formal gardens with knee-high topiary hedges, lavender and roses.

But for New Hall the 16th Century seems just like yesterday. There was a house on this very piece of land before 1066 and the Norman invasion. William the Conqueror, a shrewd property dealer had the previous owner – Edwin, Earl of Mercia – executed. William then added the house to his growing property portfolio. Oddly, it was not until 1340 that the house became known as New Hall.

Undoubtedly, New Hall’s finest hour was the visit of Henry Vlll early in his reign. Staying at New Hall, the King was still sufficiently young and lithe to head off in search of wild boar. Legend has it that one boar was a little too wild. A local maiden miraculously emerged from the forest to shoot an arrow through the charging boar’s heart and save Henry’s life. 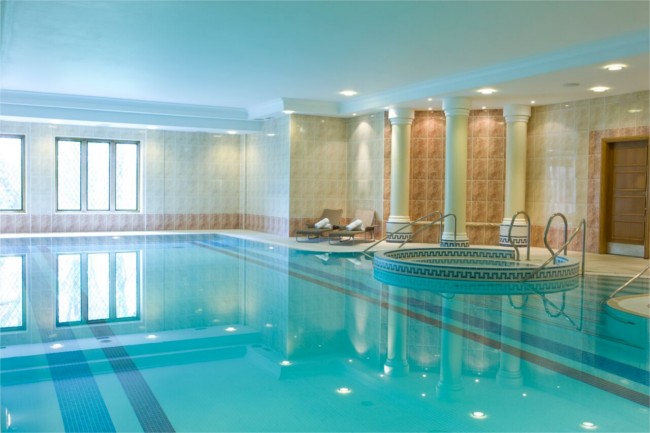 Sadly, there is no record of whether Henry arrived with a “plus one” at New Hall. Henry’s private life was “complicated” and if there was a “plus one” it could have been either wife or mistress. Nowadays, she would be able to occupy herself with visits to Cadbury World, the Black Country Living Museum, Thinktank in Birmingham and Twycross Zoo – rather than agonising over her relationship with Henry. Nor would any of Henry’s women have had the opportunity to relax with some pampering in New Hall’s Health Club and Spa or nine holes on the Hotel’s Golf Course.

New Hall has lived a full life. In the late nineteenth century it was briefly a school. It seems that the pupils’ main hobby, from dredging evidence, was throwing ink wells into the moat. But since 1985 New Hall has been reborn as a luxury hotel. 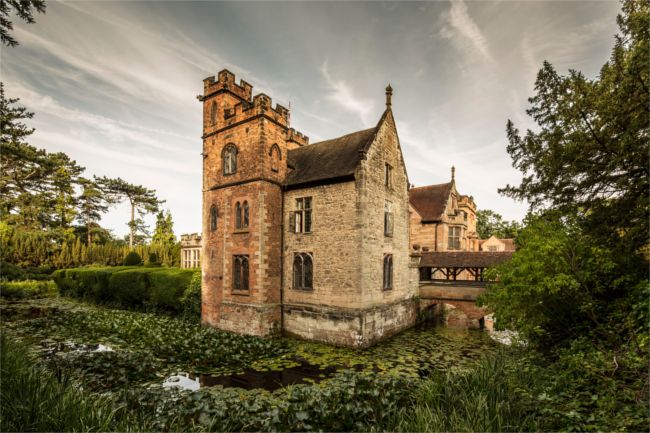 With drawbridge, crenelated towers and a wood-panelled Great Chamber, New Hall is a noble retreat from hectic contemporary life and one of the top Midlands venues for romantic weddings. It represents a heroic age of heraldic coats of arms, gryphons and Latin mottos. “En Bon Foy” – In Good Faith – was the motto of the Sacheverall Family who lived in New Hall during Tudor and Stuart Times.

Although the public areas are reminiscent of Tudor power-dressing, austere family portraits and a masculine burgundy paint scheme, the bedrooms are much lighter. Some of the 60 rooms are named after varieties of water lilies floating on the moat. They are decorated in delicate shades of pale lovat, emphasising the hotel’s rustic location. 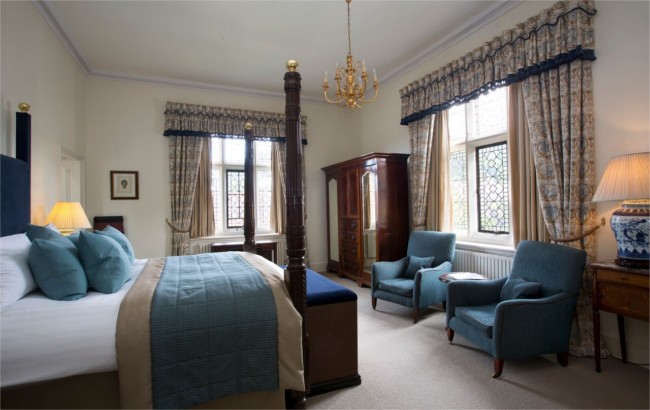 Forget any fears of medieval draughtiness, air-locked radiators and sporadic hot-water. With its large screen TV, muscular WiFi, coffee maker and heated towel-rails New Hall is firmly in the comfort zone of the 21st century. In fact, it is so comfortable that many entertainers performing at Birmingham’s theatres take a 20 minute taxi ride out of town for an idyllic rural retreat. You never know who you will recognise eating in The Bridge the Hotel’s AA two Rosette Restaurant.

New Hall, with its stories of ghosts, has an aura of England’s rich history. Beginning with the unfortunate executed Edwin it’s owners have never been good at picking the right side. At the end of The Wars of the Roses the young Earl of Warwick was despatched to the Tower of London. Then, loyally backing the Royalists in the English Civil War, New Hall’s owner was fined the huge sum of £542, around £90,000 in today’s values. As you touch the ancient wooden beams you sense centuries of momentous history at your fingertips.

New Hall Hotel, in Sutton Coldfield, is a member of the Handpicked Hotels group.

Double rooms begin from around £100 per night. 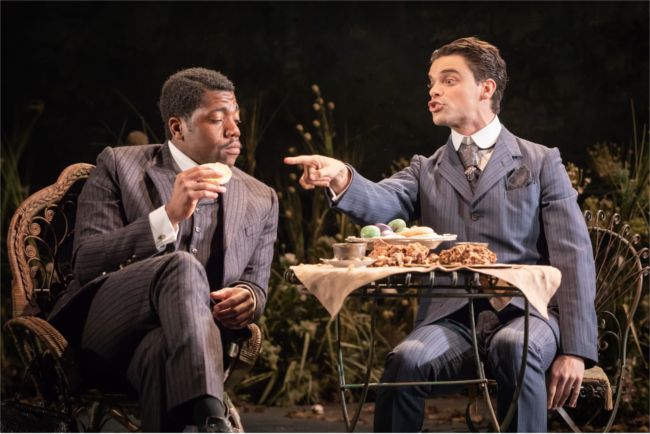 Previous Story
The Importance of Being Earnest at The Vaudeville Theatre
→ 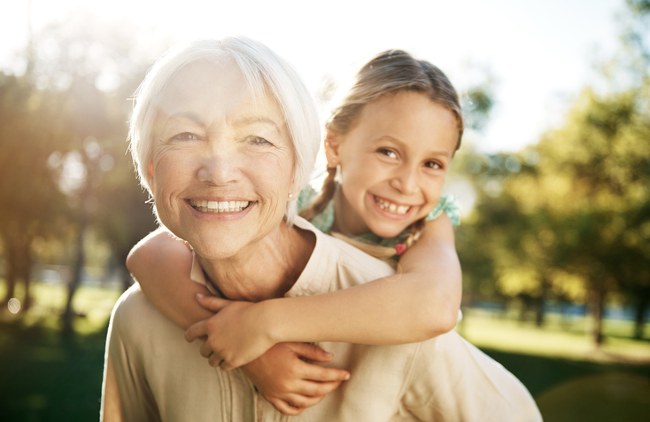 Next Story
What rights do grandparents have when a family splits?