David Powell goes undercover for a stay in ‘The City’ just a short stroll from Canary Wharf.

Thinking of  a luxury weekend break I decided to head for this sleek, modern, riverside, 4 star hotel just a short stroll from the world famous towers of Canary Wharf!

Whilst the weekend is more relaxed and quieter, during the week Canary Wharf is a bustling and vibrant area, home of course to many major banks and financial institutions. It’s close to the West End by tube, easily accessible via the Jubilee line, and within easy reach are popular attractions such as the Docklands area, the O2, ExCel Centre, Greenwich Observatory and the London 2012 Olympics site. I also discovered that Canary Wharf has its own shopping centre with many high street stores and eating places. Commuter riverboat services also link Canary Wharf with Embankment and London Bridge. A unique way to view some of London’s famous sights is from the river.

I decided to drive to the Radisson Edwardian New Providence Wharf Hotel and after clearing a security checkpoint (this is Canary Wharf remember), I pulled up right outside this stunning hotel. From the moment I checked in, the Radisson Edwardian professionalism swung into action. The staff on reception were friendly and super-efficient and before I knew it, I was checked in and personally shown to the lift for my room …. Oh the car ….. no problem, that was valet parked for me; this is the life!

First impressions count; I knew then that this was going to be a great relaxing stay!

This 169 bedroom, wonderfully designed hotel with the emphasis on relaxation is set on a peaceful bend of the River Thames with spectacular views of the River and the O2 Arena. Though you’re only minutes from Canary Wharf this is a world of riverside calm. There are 124 superior double and twin rooms, 28 deluxe double rooms, 16 one bedroom suites and one luxury penthouse suite on the 7th floor. My room was a King Bed Superior room, extremely comfortable, quiet and with a great view of the O2 across the Thames.

All of the hotel’s chic and individually designed rooms are generously sized with many of the rooms featuring breath-taking views of the River Thames and the O2.

Looking out over the unique roof of the O2 I couldn’t help but think of the Pierce Brosnan Bond film when in the opening sequence Bond slides down the canopy before saving himself … now what was that film called?

There’s also a fabulous River Room where you can laze in the bath and look out onto the river .. now that’s what I call rather stylish!

The hotel features a wonderful luxury spa where you can indulge yourself and unwind with the very latest spa treatments. There’s facial therapies, Moroccan steam cleansing, body therapies and massages on offer. Unwind and make use of the spa’s facilities which include a stone oven sauna, crystal steam room, shower sensations and a super panoramic relaxation room.

Dinner in the glamorous Azura Restaurant was definitely a must. I was able to dine with fantastic views across the river and in the summer months they have their very own riverside terrace for al fresco dining. The food and wine was of a high standard, modern British food, impeccably served by the attentive restaurant staff where nothing was too much trouble.

In addition the New Providence Wharf have their own Marriage Licence, so you could hold a ceremony and reception all in this 4 star luxury venue.

All too soon my weekend break was over and after a full English breakfast it was time to check out, again quickly and efficiently with my car brought to the door. This is a stunning hotel offering first class service and luxury coupled with spectacular views, ideal for a short break or a great base to stay whilst catching a concert at the O2 where you could include a pre-concert dinner in the Azura Restaurant.

For more information and to book: 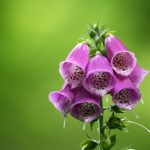 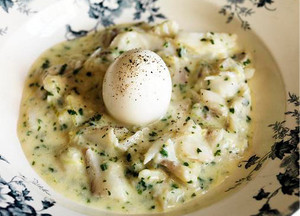