There is a look of a white-iced wedding cake to crisply stuccoed Roseate House, London. A reminder of optimistic Victorian times, when London was spreading west out into rural acres and the Westbourne River was diverted underground so that these fashionable townhouses could be built.

This Grade 2 Listed haven is the sort of dignified elegant setting where Disraeli could have sat, pensive, at a solid mahogany writing bureau to pen a letter. Where Gladstone’s steps could have been stopped by a particularly striking oil painting of a classic rural landscape. Decor at Roseate House is a step back in time: the art works have been handpicked by Jonty Hearnden, an expert from the Antiques Roadshow. Every room is an art gallery.

From the exterior, classic Doric columns make a statement. London, like Rome once had been, was the capital of the world, the  beating heart of a British Empire on which the sun never set. Now three of those townhouses are combined to create the sophisticated sanctuary that is Roseate House London. Ironically, Roseate, Indian hotel gurus, are returning civilised style to London, from the country that was once the jewel in the crown of empire.

Britain was the workshop of the world and these fashionable new townhouses, well away from the squalor and stench of Dickens’ London, were where lawyers, merchants and politicians came for peace, quiet and fresh air.

Today, Roseate House London is a mere five minute walk from Paddington Station. Back in 1842, when the houses were built, it would still be a full decade before the first steam train pulled into Paddington.

Setback, behind the maple-leafed plane trees of Westbourne Terrace, Roseate House is surprisingly quiet. Luxuriant drapes and sturdy Victorian walls give guests restful sleep after a day of catching up on London’s many attractions. In the suites, hand-crafted Bellastrata four-poster beds, dressed with finest Irish linen, provide rest for the weary who have shopped until they dropped.

Deep baths, with reassuringly chunky Lefroy Brooks stainless steel plumbing, also create a restorative refuge for guests who have been exhausted by the pace of London life. Penhaligon toiletries, which update the Duke of Marlborough’s original heady eau de toilette, provide the current range of Blenheim Bouquet, adding to the sense of aristocratic entitlement.

Tastefully, Roseate House blends past and present, heritage and contemporary. There is a discrete jazz-funk vibe to the chilled playlist in the Hyde Bar and Restaurant. Some of the regimental pith-hats-and-subalterns art work may look a touch Gentleman’s Club but chic greys and dangling industrial-style orbs of light are definitely 21st century modern. Service is warmly welcoming rather than restrained.

Excitingly, invitingly, the cocktail list dips in and out of cocktail history. Perhaps a Soyer au Champagne including ice-cream from 1888?  Or a Vowel, featuring 12 year-old Kilkeran whisky, first poured in 1927?

A 72 page guide to whisky, covers 130 whiskies from around the world. Though if you are considering a glass of Old Mock from Kentucky, distilled before prohibition, and bearing the words “Strictly for medicinal purposes” – ring in your order beforehand. Sensibly and securely the bottle – it was £660 for a single when I visited – is kept in the safe.

With the capital hopefully returning to life, Rajesh Maharjan, the Executive Chef, with experience in Delhi and Dubai, is keeping an eye on people’s eating trends. Although he had hoped to create a wide-ranging menu deftly fusing East with West, in 2020 he designed an all-day menu for pandemic dinners dipping in at unexpected times. The Hyde Garden, with leafy views, over Westbourne Terrace, will be popular for lunch, afternoon tea (vegan version available too) or dinner. Also, the Aheli Spa treatment rooms have been introduced over recent months.

There is a homely feel to the 48 rooms and suites of Roseate House, though few of us have homes as tranquil and indulgent. Also within a five minute stroll of both Hyde Park and Little Venice, this intimate boutique hotel has a superb location on a street that is both one of London’s quietest and also most elegant.

For more travel reviews around the UK visit our Travel channel.

Michael Edwards is a 50connect travel critic. He has a nose for good food and fine wine and plays a mean round of golf.
Last modified: April 27, 2021 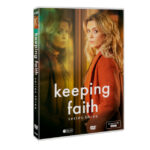