Liverpool is unique. A dynamo of creative energy. A city where 1960s mini-skirts still rule on a Saturday night, where the heels are higher and where the brash seagulls’ screech is deafening.

Liverpool prides itself on friendly warm welcomes, this is especially so at the Stay-Zeni apartments providing affordable self-catering accommodation in the heart of the city. Bracketed between the Everyman Theatre and the home of Liverpool’s Philharmonic Orchestra, these slick studios, recalling student days, sit on Hope Street. A street topped by the avant-garde Liverpool Metropolitan Cathedral – nicknamed Paddy’s wigwam with typical Scouse wit – and tailed by the more sombre Anglican Cathedral.

Equipped with a kitchen, including two ring hob and oven, these clean white apartments provide a bargain base for exploring Liverpool. A three minute walk to a Co-Op supermarket makes self-catering a very economical option. There is even a gym available for guests who still have energy to burn after exploring the city.

Rope Walk with its artisan shops, cafes, galleries and restaurants is less than a ten minute walk away, just past the masonry shell of St Luke’s Bombed Out Church, blitzed in 1941. For guests arriving by car, Rope Walk hosts the NCP Village Central Car Park offering long-stay secure parking.

Pedestrianised Bold Street has Indian, Mexican, Middle Eastern and Turkish restaurants spilling over onto the cobbles. Small plates Indian Street food at Mowgli builds on the tradition of the office worker’s tiffin box, selected by the chef. Though opposite, Maggy Mays has scouse on the menu the traditional Liverpudlian stew.

Another ten minutes stroll leads to Royal Albert Dock. At the start of the twentieth century, around 200 ships a week queued to dock.  Thriving Liverpool was a gateway to both the British Empire and the New World, over 9 million emigrants sailed for America during the 19th century. The Three Graces – the Cunard, Port of Liverpool and Liver buildings – dominate the skyline.

The Royal Liver Building is topped by two Liver Bird statues, cormorant-like when a draughtsman lost the original eagle-inspired design, which have become the symbol of Liverpool.

Though by the 1980s, the docks were in decline and derelict. Paradoxically, the five bullets that ended John Lennon’s life in December 1980 may have marked a turning point for Liverpool. If Stratford-upon-Avon could become Shakespeare Country then Liverpool could celebrate the Beatles and the Merseybeat.

In a remarkable burst of musical creativity, Mersey groups, seizing the initiative from the Americans, topped the UK charts for 45 consecutive weeks from the spring of 1963 through to the spring of 1964. Now the British Music Experience, homed in the classically pillared Cunard building, celebrates pop music from 1945 onwards.

It’s a musical journey dominated not just by The Beatles but by a succession of Liverpudlian acts including Cilla Black, Gerry and the Pacemakers, The Scaffold, Elvis Costello, Frankie Goes to Hollywood, Orchestral Manoeuvres in the Dark, The Real Thing, The Teardrop explodes, Echo and the Bunnymen, Dead or Alive and Atomic Kitten.

Although, there is an iconic statue of George, John, Paul and Ringo walking away from the Cunard building, the Fab Four have their very own memorial. An audio trail at The Beatles Story begins with the tiny Casbah Club and winds past Hessy’s music shop where McCartney bought his first guitar for £17 and on through Hamburg, the Cavern and Beatlemania.

Adjacent to The Beatles Story, Rosa’s Thai Cafe sums up the spirit of a cosmopolitan port. Housed in a Grade 1 listed former warehouse, with waterfront views, much of the menu is sourced from Thailand. Mad Cat, a Thai-PA, a pale ale lightly laced with lemon grass and lime, epitomises assimilation. Co-owner Saipin Moore began her global culinary journey by starting her own cafe in Thailand aged just 14. Then, after years in Hong Kong, she and her husband arrived in London, to bring light sharp salads, hot green curries and fragrant rice dishes to Britain.

Finally, no trip to Liverpool is complete without a “Ferry Cross the Mersey”. The 50 minutes sailing from Pierhead on the Liverpool side to Birkenhead and back has a commentary on a crossing that began in the 13th century. Snatches of Gerry and the Pacemakers’ hit evocatively blends Mersey music and history.

Find out more about Stay-Zeni apartments

From July to September, Zeni offers  accommodation in many U.K. cities, for singles, for couples, for families, for friends.

Check out the menus at Rosa’s Thai Café

For more budget away days and city break ideas visit our Travel channel.

Michael Edwards is a 50connect travel critic. He has a nose for good food and fine wine and plays a mean round of golf.
Last modified: August 2, 2021 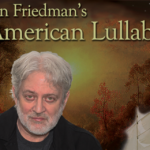