Cruises are back in vogue, so here we take a look at the luxurious floating hotels of Royal Caribbean, Norwegian Cruise Line, Princess and P&O 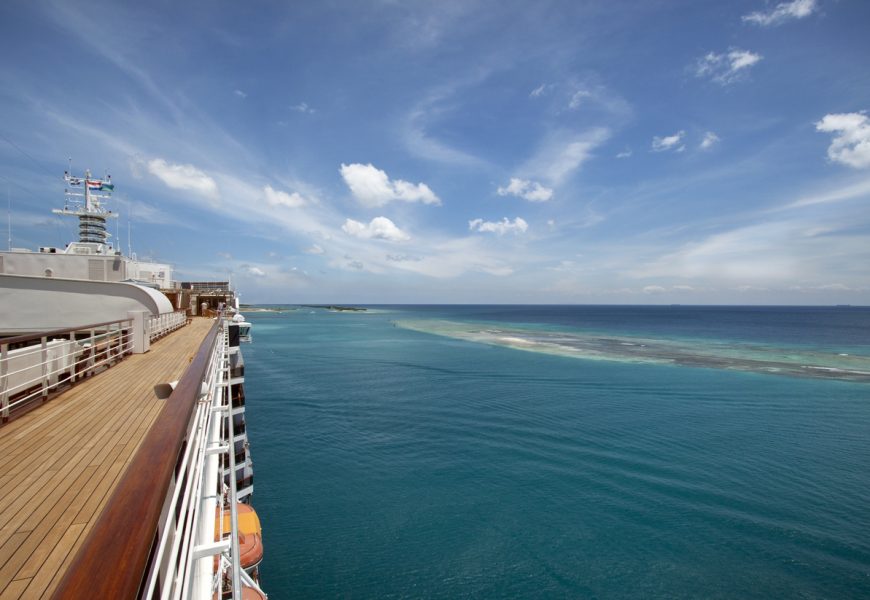 Quantum of the Seas:

Due to launch in late 2014, Quantum of the Seas will be the largest ship in the Royal Caribbean fleet when it heads out on its maiden voyage and is the first of two ships to make up the Quantum Class.

Amongst a raft of innovative facilities onboard is RipCord by iFly, which provides travellers with the first opportunity to take part in a simulated skydive while at sea.

Suitable for newcomers and experienced skydivers alike, RipCord by iFly is set to be one of the major attractions on the ship – allowing guests to enjoy the thrill and exhilaration of a skydive in a safe and controlled manner.

Located on the top deck of the ship, the glass-walled facility will also provide the chance for guests to take in astonishing views of the open sea while enjoying the experience.

A ‘bionic bar’ will allow guests to choose their drink using a tablet before robotic bartenders take centre stage to create your perfect cocktail.

Anthem of the Seas:

The Anthem of the Seas is set to embark on its maiden voyage in 2015 and shares the same top class facilities as its sister ship; the Quantum of the Seas.

The star attraction onboard is North Star, a jewel-shaped capsule that is lifted high over the side of the ship to leave travellers suspended over the water.

The 360 degree panoramic view that guests are then treated to from 300 feet above the water is unlike anything that has been seen before.

Virtual concerts on big screens in the Two70° bar and lounge are unlike anything seen elsewhere.

Both the Quantum and the Anthem of the Seas also include the innovative Windowless Balcony for interior cabins, with a floor to ceiling display showing live footage of the ocean and ensuring everyone has a room with a view.

Dynamic dining on both ships provides flexibility to dine at a time to suit in a range of locations – there are no set times when it comes to eating onboard.

Launched this year and the newest vessel in the Princess Cruises fleet, the Regal Princess is the sister ship to the Royal Princess and shares many of her innovative features.

Measuring 60 feet in length and sitting 128 feet above the ocean, a stroll along the SeaWalk is sure to be memorable, with the SeaView Bar across the ship also extending out over the sea to provide first rate views while guests enjoy a refreshing drink.

Launching early next year, the Britannia will become the largest ship built for the UK market when she hits the seas.

Food will play a major part in life onboard, with the ship becoming the first British vessel to feature an onboard cookery school – which will be developed by TV chef James Martin.

Martin will be one of five ‘food heroes’ involved with the ship, with Marco Pierre White amongst the others.

Maintaining a ‘Best of British’ theme, the ship will also offer a Beer Map of the UK, with more than 70 ales, beers and ciders from every corner of Britain being offered in Brodie’s Bar.

Launched earlier this year, the Norwegian Getaway is ideal for thrill-seekers thanks to Free Fall; one of the big attractions of the onboard Aqua Park.

Taking up the challenge, two guests will travel side by side on huge drop slides that are the fastest to be found at sea.

In total, there are five waterslides, two pools and four hot tubs in the Aqua Park itself, which is one of the largest in the NCL fleet.

The Waterfront is an industry-first open air promenade combining the best in shopping and dining, while the Norwegian Getaway also features the unique GRAMMY Experience – which features artifacts from the GRAMMY Museum in Los Angeles and plays host to live performances from a selection of GRAMMY winners and nominees.

A new innovation introduced onto Carnival Cruise ships in 2014 is Seuss at Sea.

Aimed at the younger guests between 2-5, the famous characters from the world of Dr Seuss will be brought to life through a range of activities that include character parades, story time and character breakfasts.

My day job is director of content for Olderiswiser Media Limited and I've spent the past 20 years developing consumer and commercial content strategies for print and digital publishers.
Last modified: December 25, 2020 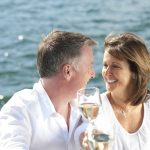