Planning a spring getaway? Why not dust off your phrase book and discover the rich food heritage of Italy 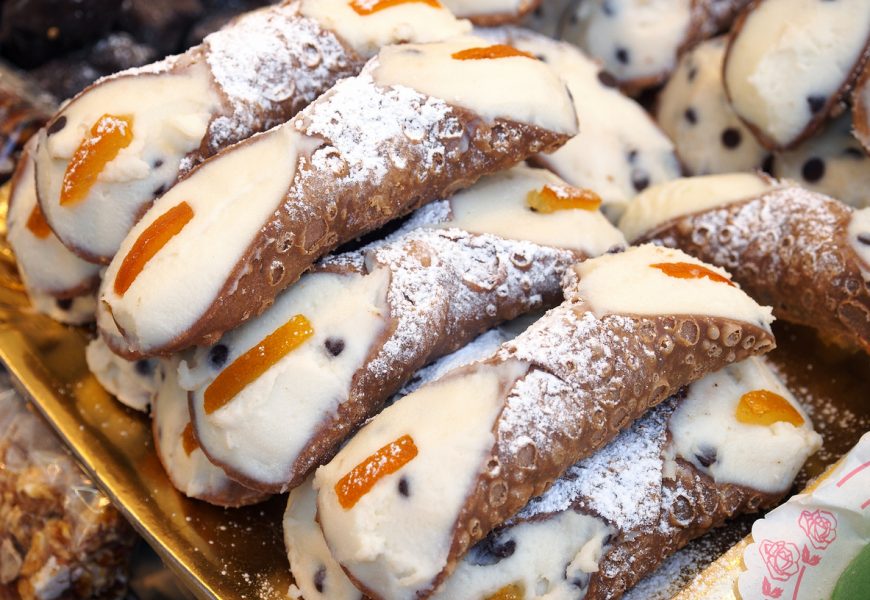 You don’t need to be a self-labelled ‘foodie’ to appreciate that some of the most delicious food in the world comes from Italy. With its roots in simple fresh ingredients and recipes perfected and passed down through the generations, Italian cuisine has earned its reputation for being the home of honest food.

For aspiring foodies, Italy is an overwhelming Everest of food knowledge, from different region specialties to different cooking methods. But don’t fear, with this Italian region guide spilt into nice bite-sized chunks, you’ll know your cacciucco from your vincisgrassi in no time. 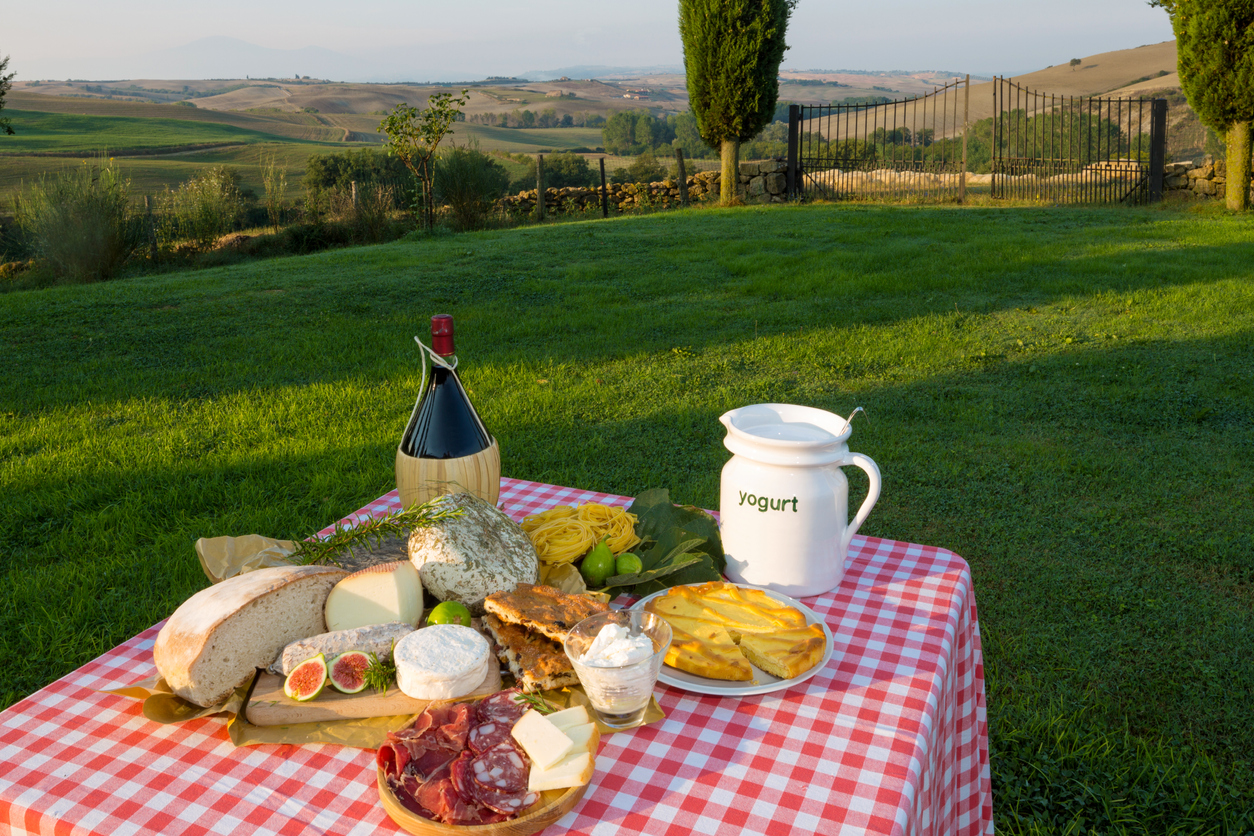 Stripped Back in Tuscany

Did you know?  Tuscan Chianti wines must have a minimum alcoholic percentage of 12%.

Taking it back to basics, Tuscany food is famed for its humble ingredients and rustic dishes. Tuscan cuisine relies on beans, lentils, vegetables, spelt and bread. Stews and soups feature heavily on a Tuscan menu and a popular regional speciality is cacciucco soup, a hearty dish made from a mix of fresh fish and shellfish, garlic, tomatoes and chilli pepper. Tuscany is also home to the Chianti vineyards, the perfect complement to Tuscan dishes.

When to visit: Time your visit to Tuscany with the Snail Festival in May or June. The Sagra della Lumaca celebrates all things snail-related with over 12 tonnes of snails consumed in the tasty dishes showcased at the festival. There are also parades, walking tours and dance events.

Stay in the heart of the region with a holiday in one of the luxury Tuscany villas from Tuscany Now. 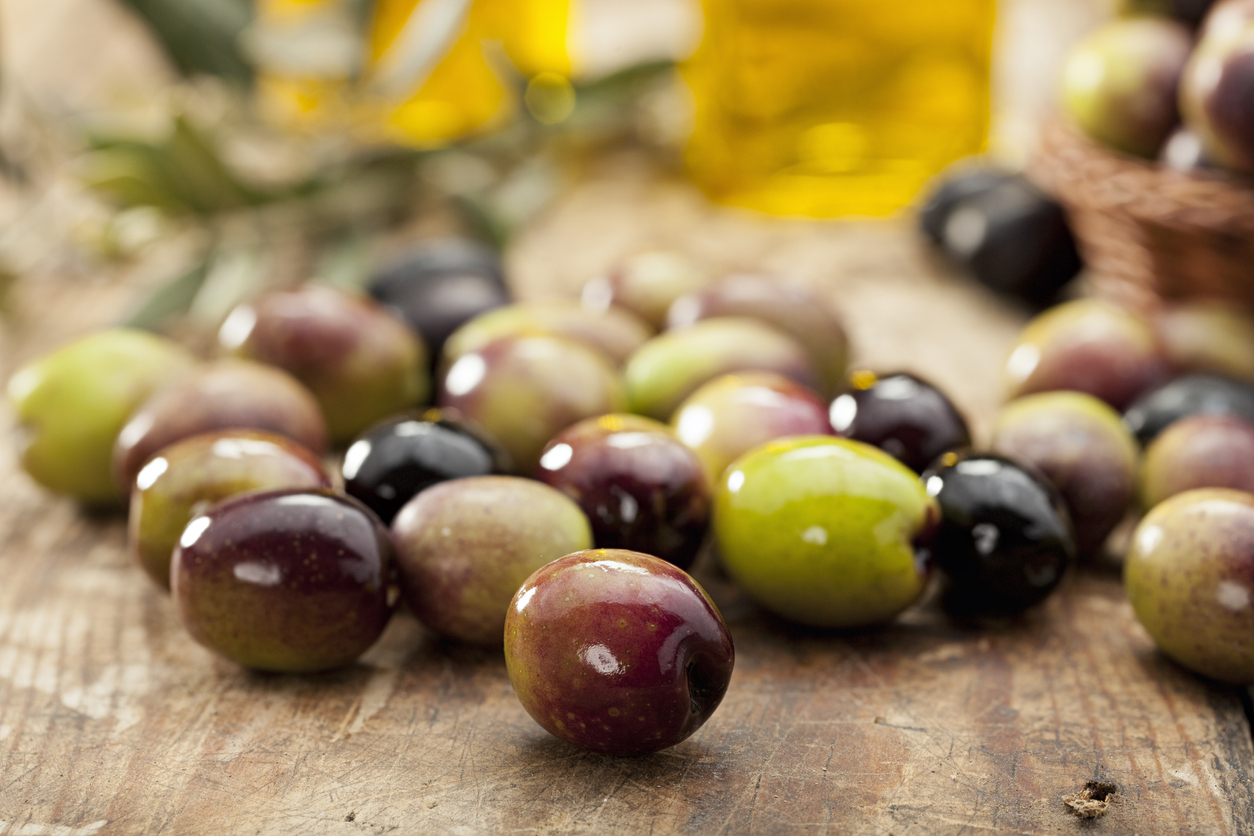 Green and black olives from Sicily

Did you know? Sicily loves deep-fried fast food – arancine, a type of deep-fried rice croquette, is one of the most popular street foods here.

When to visit: In July the Sicilian province of Trapani holds Stragusto!, a festival celebrating street food from Sicily, other regions of Italy and Tunisia. There’s live music to enjoy as well as plenty of local wine to wash the food down with.

Enjoy the best of this beautiful Italian island with a villa holiday from Think Sicily. 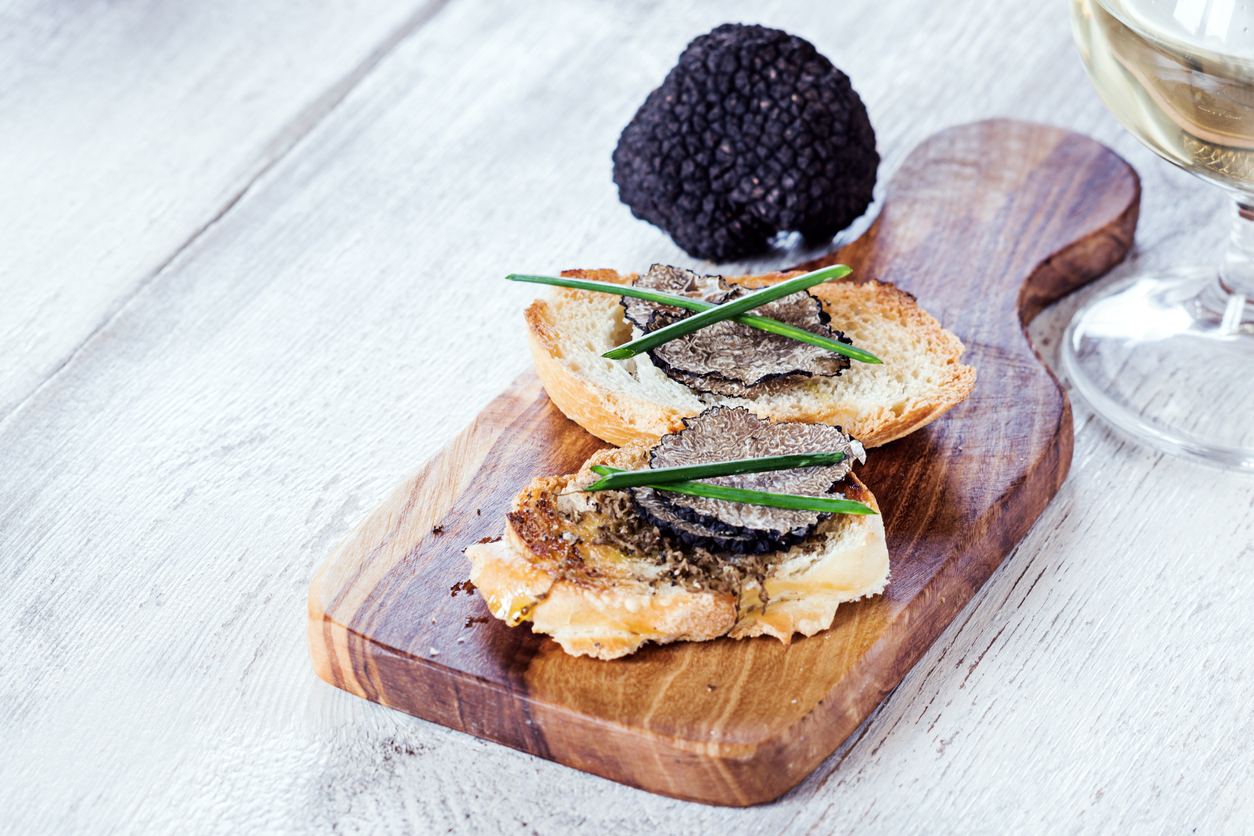 Did you know? There are two types of truffle, black and white.

For foodies of the carnivorous kind, Umbria specialises in delicious pork sausages, salami and hams. You’ll find menus offering exquisite veal steaks flavoured with rosemary, mint and anchovies and shops selling the region’s Prosciutto di Norcia, salted and aged the same way as it was in Roman times. Most notably, Umbria is home to Italy’s treasured black truffles – although many foodies consider the white truffle superior, black truffles have earned their place on the foodie menu. Discover the flavour for yourself with a simple truffle and spaghetti dish found in many of the Umbrian restaurants.

Relax in one of the gorgeous Umbria villas from CV Travel for a fantastic foodie holiday.

Did you know? Milan is home to the Italian version of Happy Hour – known as Aperitivo – where bars offer tasty finger food for free between 7-9pm.

If you’re going to get a foodie souvenir from Milan (or anywhere in Lombardy) it should be of the dairy kind. Lombardy’s cattle farms mean that cream and butter are used a lot more in cuisine here than the rest of Italy. Choose from the huge variety of cheeses from Bel Paese, a soft, creamy cheese often used as an alternative to mozzarella, to Roccolo, made by a family business who age the cheese on pine boards and then rub it down with brine to bring out the B.linen bacteria which gives the rind an earthy flavour. Rice is used more in Lombardy cooking as it absorbs cheese, cream and butter more than pasta, and risotto is a popular dish here. The traditional risotto alla Milanese, named after the region’s capital, is a bright yellow risotto, simply flavoured with saffron and often appearing as a side to main dishes.

When to go: Milan’s Food and Wine Festival takes place in early February and is a chance for passionate foodies to see famous food figures and chefs prepare dishes in front of live crowds.

Start looking forward to a Lombardy foodie break with a choice of flights to Milan from London.

Did you know? The specific tagliatelle measurements are 1mm x 6mm.

Lasagne was derived in the Emilia-Romagna region but the Marche region also boasts expertise in this favourite Italian dish with its vincisgrassi version. The story goes that this alternative lasagne recipe came about in order to impress a German general who was visiting Marche in 1799. Nowadays, the recipe generally omits tomatoes and includes Parma ham and mushrooms (with fancier recipes calling for truffles).  Some recipes for vincisgrass also call for chicken giblets or, in more extreme cases, chicken foetus! Tagliatelle also originated from the Marche and Emilia-Romagna regions with the Bologna Chamber of Commerce displaying a solid gold piece of tagliatelle made to the exact dimensions of 1 millimetre by 6 millimetres.

When to visit: In June, the Feast of San Giovanni Battista takes place in Emilia-Romagna. During the festival, the Guild of Traditional Balsamic awards the best Traditional Balsamic Vinegar of Modena Family Production. Many Italian families make their own traditional balsamic by crushing and boiling Trebbiano grapes and so there are many local entries contesting for the honour.

Flights to Bologna, the capital of Emilia-Romagna are available with Air France & British Airways. 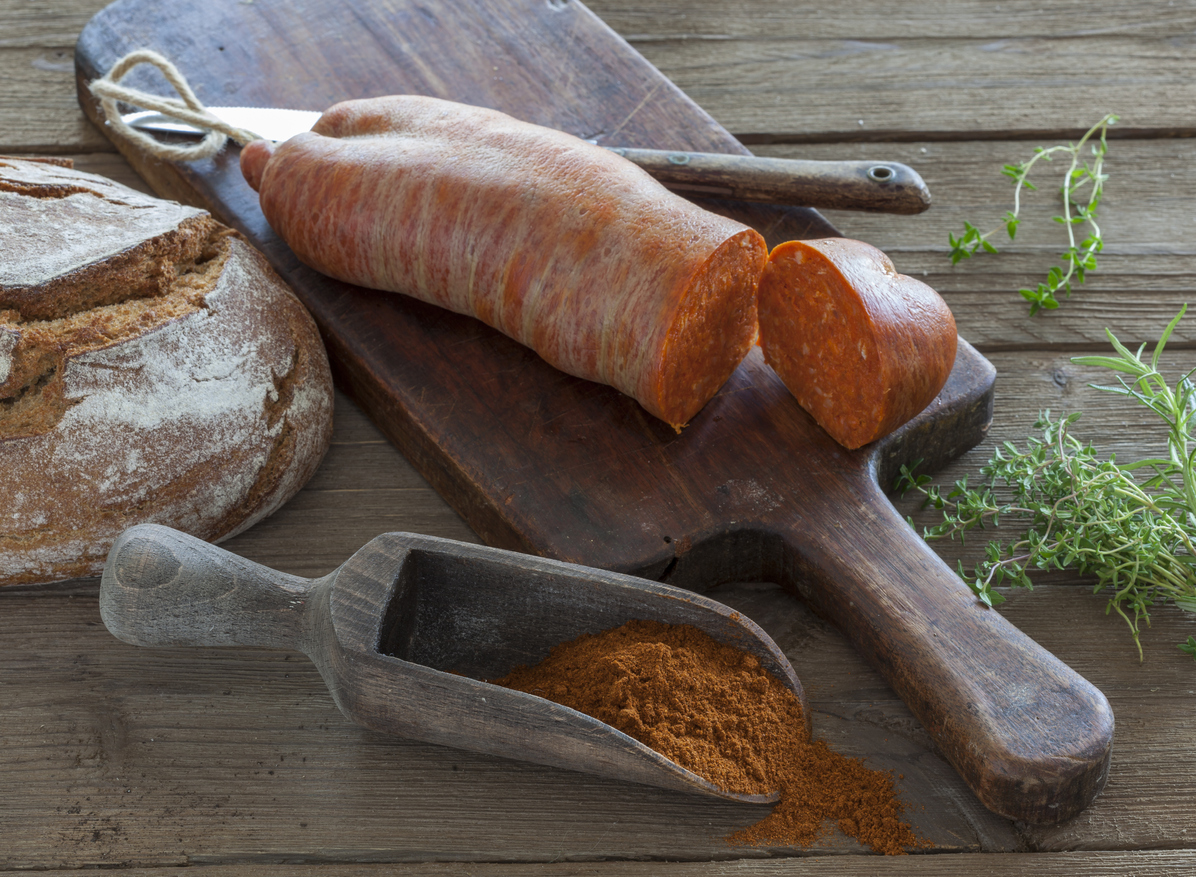 Nduja or sobrasada. A typical meat spread in Italy

Did you know? Calabria’s native chilli can be produced to reach around 50,000 on the Scoville scale. That’s hot!

Spice fiends will enjoy a visit to the Calabria region – the ‘toe of Italy’s boot’ is famed for its local hot pepper. It’s difficult to escape the Calabrian hot pepper, or ‘Devil’s Kiss’ as it’s also known, in this part of Italy. The hot pepper is grown to varying degrees of spiciness but in general the smaller the pepper the hotter it tastes. The chillies appear in many of the region’s pork sausages and pasta sauces.  The tasty n’duja sausage originated in Calabria and is very soft salami that has a strong spicy flavour – perfect for using in pasta dishes, on pizza or just spreading straight onto fresh bread.

When to visit: Experience the best of n’duja sausage in August at the sausage festival in Spilinga town – or if the heat gets too much, cool down at the Tartufo Ice Cream Festival in Pizzo, also taking place in August.

Flights to Reggio in Calabria are available with Ryanair, Alitalia and Volotea.

There are more delicious recipes on our Food & Drink channel:

How to make pesto 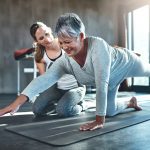 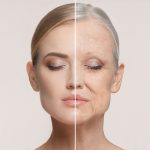