Staying in Jumeirah’s tower of luxury, Michael Edwards discovers that Frankfurt is just about to become an even more attractive destination: the “New Old Town” is opening. 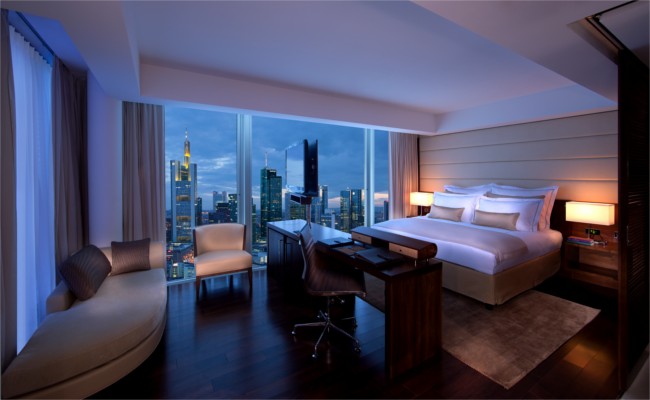 As Germany’s fifth city, Frankfurt flies under the radar. Yet, Frankfurt is Germany’s only representative in the planet’s power poll of Alpha Cities. While many German cities prohibited buildings higher than their Cathedral, Frankfurt imposed no such restrictions.

From the floor-to-ceiling windows in my Skyline Suite in the Frankfurt Jumeirah, I look out towards Frankfurt’s island of skyscrapers. Located on the wide River Main, well worth a cruise, the city has picked up the nickname of Mainhattan or Manhattan-am-Main. At dawn it is impossible to resist the urge to push the bedside button that opens the curtains and watch the sun’s reflections slowly climbing these skyscrapers. 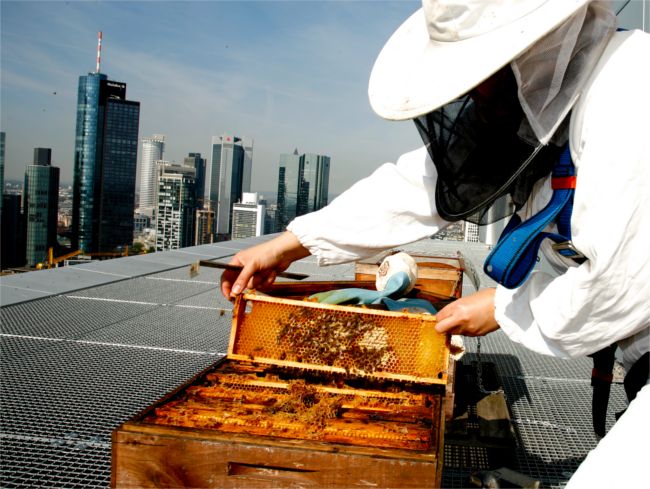 Twenty-five floors of the luxurious Jumeirah are for the guests, the 26th is for the Hotel’s 40,000 bees. They earn their keep, frequently flying to forage at the Botanical Gardens 2 miles away, by providing honey for breakfast, honey for cocktails and honey for the Talise Spa’s hour-long signature massage.

“Money, money, money,” as Abba would sing both drives Frankfurt’s business and powers its leisure. Frankfurt is home to the German Stock Exchange – not surprisingly The Bull seems more dominant than The Bear in the sculpture out-front – and also hosts the European Central Bank.  Huge deals are struck at the renowned Frankfurt Book Fair and the Frankfurt Allgemeine newspaper is a political powerhouse.

There’s a nice touch of symmetry that Charlemagne established a single currency for his European Empire 1,200 years before anyone even mentioned the Euro. Appropriately the City even has a Money Museum though it shuts its doors for the weekend.

Wealth has always provided Arts patronage. Across the Main’s bridges, on the South Bank, sits a world class collection of museums. On the one hand the Museum Festival in late August when there’s music, dancing and food stalls may be the best of times to visit, yet with 2 million people racing into the city it may also be the worst. 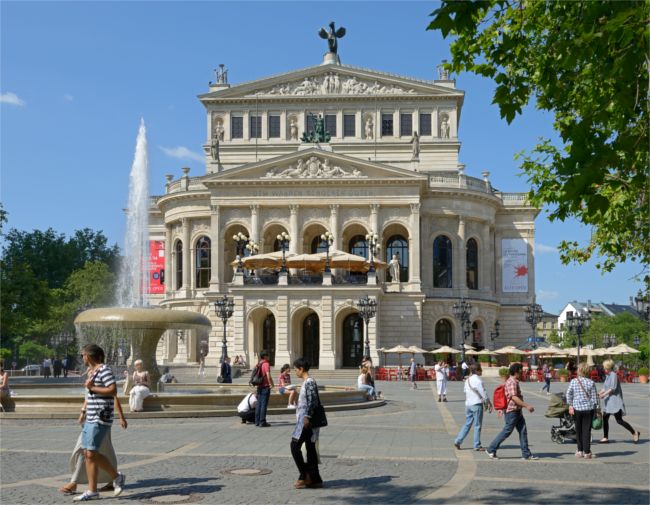 Frankfurt’s beautifully restored 19th Century Opera House picked up a Best in Europe award for its 2017-2018 programme with its director acquiring a reputation as a spotter of young talent. The House also hosts a diverse programme of music and has an English-speaking theatre too.

Of course, Frankfurt is a gastronomic Centre too. In May “The Green Sauce Festival” creates heated controversy, at the time of year when the essential seven herbs are at their freshest: parsley, chives, chervil, borage, sorrel, garden cress, and salad burnet. Debate centres on whether sour cream, oil, vinegar, mustard and salt should be added.

Staying at the Jumeirah it is worth looking out for special events in their culinary calendar. A large open kitchen, there are twelve working spaces for the popular “How to cook Christmas Dinner” courses, creates a unique homely atmosphere. During the regular winemakers’ dinners, where guest sommeliers pair wines with a four course dinner, the chef will join diners to explain how he provides a twist on traditional recipes: coq-au-vin but with Guinea Fowl or Cheesecake created radically and tastefully with Parmesan. Whilst the chef chats he checks-out the wine choices. 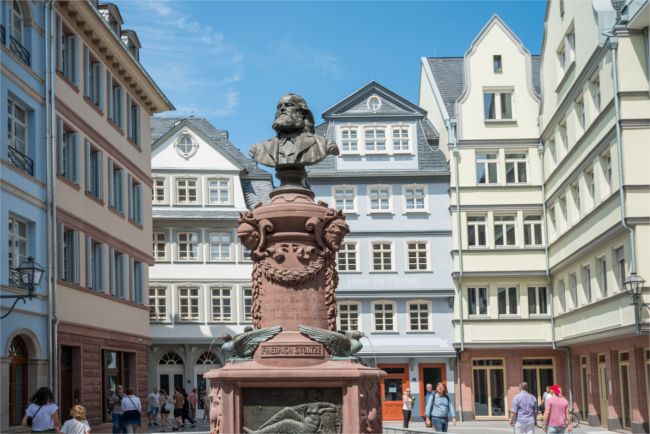 Frankfurt suffered catastrophic bombing on two nights in May 1944. For sixty years land leading to the Cathedral was a derelict zone until a crazy architecture student suggested recreating the Old Town. Gradually the idea gained traction and a €200 million budget.

Although the 70,000 square metre will not officially open until late September 2018, footfall suggests that this “creative reconstruction” – Healthy and Safety bans narrow alleyways and Fire Regulations prohibit fully timbered construction – will be a success. As well as a wine bar, cafes and shops there will be small museums. The €8m reconstruction of a successful Spice Merchant’s house from the early 17th Century is a beautiful doorway to the past. Before the war, Frankfurt had been Germany’s best preserved and most visited Old Town. Fortunately, numerous photos and films survived to help designers recreate that beauty.

From London it is just a 100 minutes flight to Frankfurt.

Take the S8 or S9 train from the airport to arrive at Hauptwache Station in less than 20 minutes.

It is a 3 minute walk from Hauptwache to the centrally located Jumeirah Hotel.

Rooms at the Frankfurt Jumeirah begin from around £250.

Check out the Frankfurt Tourismus website to book tours of the City or the Old Town. 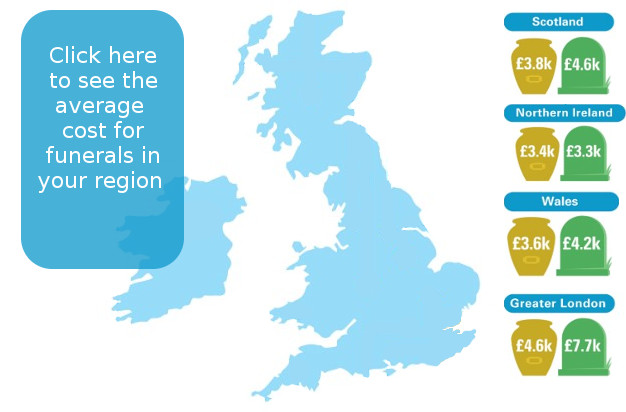 Previous Story
The UK’s most expensive (and cheapest) funeral costs
→ 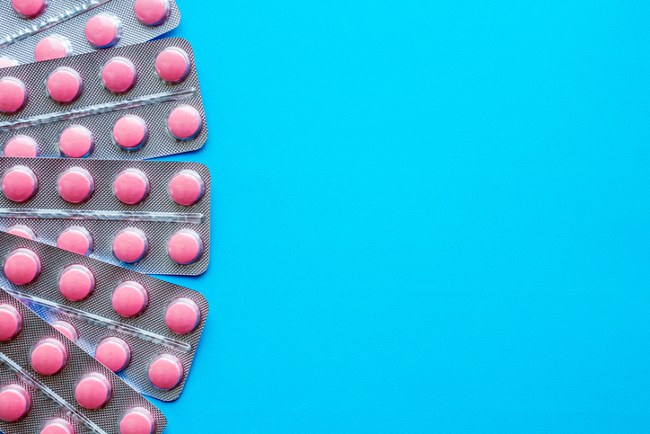 Next Story
Why are we a pill popping nation?