Michael Edwards takes a boat cruise to explore a Swedish City that has reinvented itself. 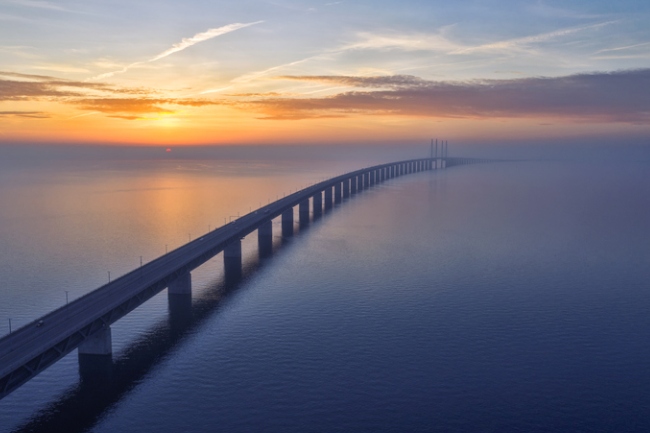 Malmo built its last ship in 1986. Since then Malmo has searched its soul and reinvented itself. Way south of Stockholm and Gothenburg but just a twenty minute train ride from Copenhagen across “The Bridge” of Scandi-Noir fame, Sweden’s third city has shaken off its gritty industrial past.

A 50-minute Stromma boat tour through the city’s canals, departing across the waterway from the central railway station, tells the story of the transition from industrial powerhouse to relaxed urban living. It is an easy lifestyle that helps propel Sweden to a Top 10 placing in the United Nations Happiness League. 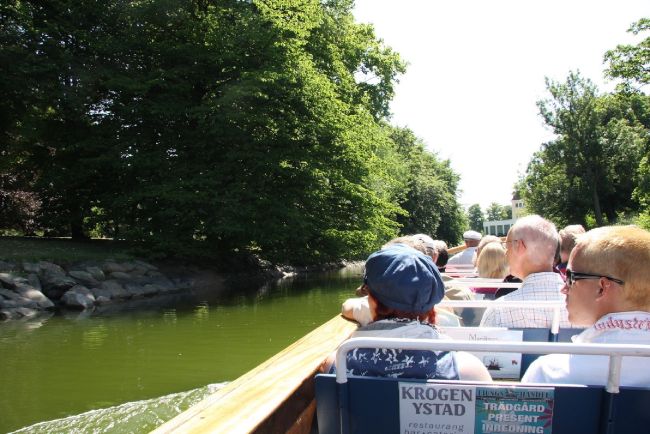 Although Malmo’s history has been punctuated with 11 Danish – Swedish wars, and for many years Malmo was in Danish territory, the cobbled and timbered  Old Town has survived the ravages of war remarkably unscathed.

As the boat slides through the canals you can see a new town of futuristic glass facaded towers that has grown-up circling the Old City. The Turning Torso, a twisting tower of luxury penthouses and flats, that turns 90 degrees clockwise, at 190 metres the tallest building in Scandinavia, epitomises Malmo’s new found style. Lifts take just 38 seconds to ascend from ground to 50th floor.

“The green university”, coloured green to express its youth, is Sweden’s newest university and part of Malmo’s drive to make its living from knowledge. Consequently, people from over 100 nationalities now call Malmo their home. Not only is the city a creative melting pot the immigrants have brought their culinary traditions with them too. Some foodies claim that Malmo is the place to go for top quality Syrian and Turkish food. 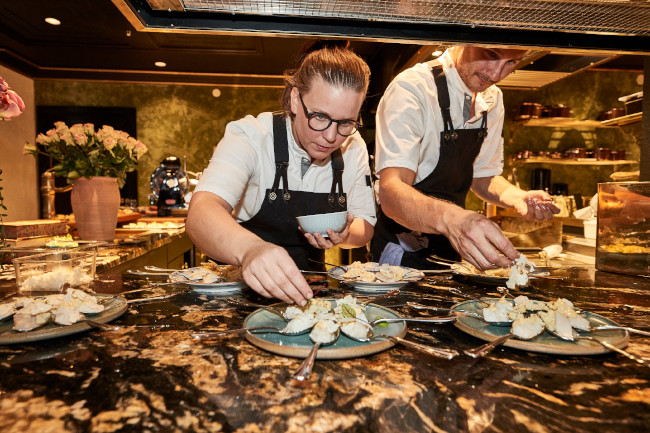 Cruising past the historic Bore, a 390 tons ice-breaker, with an engine that takes five days to reach full power, is a reminder of how tough a Swedish winter can be. “The Party Bridge” is another piece of history. Throughout the Second World War, Sweden maintained an uneasy neutrality. When a new bridge was built in the early 1940s hooks were installed ready for explosives in case Germany invaded. The invasion never came and revellers have impaled beer cans on each of the hooks. Another bridge is “The Football Bridge”, decorated with golden footballs, celebrating Malmo’s most famous man-bunned son, the footballer Zlatan IbrahimoviÄ‡.

Malmo has 20 green parks and a summer cruise shows how the locals make the most of sun-warmed leisure time. This is a bike city, with a bicycle park of 2,000 places, and you will see people on the their way to the parks or the beaches. Broad cycleways lead from city to the beaches and dunes in just a few minutes or a 20 minute walk. 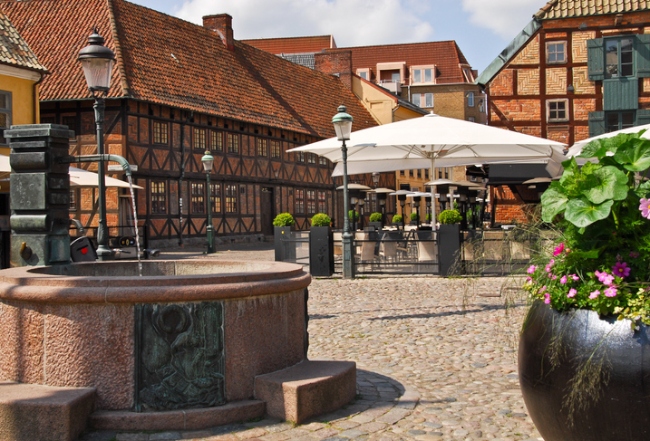 Back onshore, Lila Torg, the historic market square, is the lively heart of the city with its bars, cafes and restaurants. So nearby MJs Hotel, with the name originating from the Master Johansgatan address, is an ideal central base. At its heart, the restaurant in the atrium, provides a sophisticated take on New Nordic cuisine. In recent years Nordic chefs have focused on local produce and seasonality with high quality vegetables dominating. So, although one dish is unimaginatively called “A Variety of Carrots”, not only do the carrots have a rare intensity of flavour they are accompanied by a magnificent piece of pork. 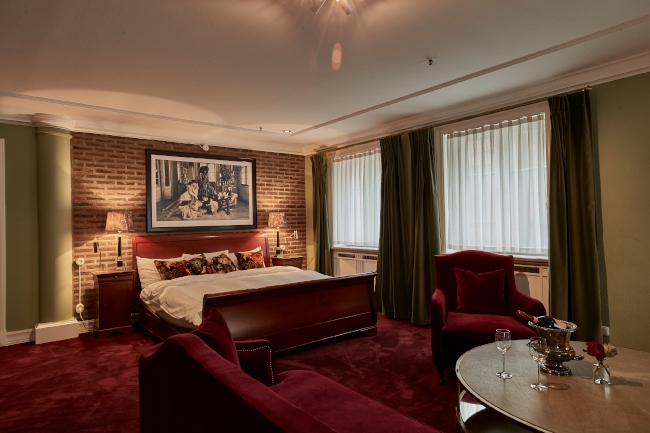 It is a cuisine that plans for the months of the year when Baltic lands are frozen solid  and ice tops the narrow Øresund strait between Denmark and Sweden. Mackerel is pickled, as are gooseberries and strawberries are preserved as a delicate sorbet.

Many visitors to Malmo have arrived on the train from Copenhagen for a quick taste of life in a Scandinavian country with a surprisingly powerful global influence. Sweden punches above its weight with ABBA, IKEA, Tetrapak, Volvo and “The Girl  …” novels of Steig Larsson. But Malmo’s easy-going style leaves visitors wanting to see more of Sweden.

Learn more about the boat cruise

For pricing and availability of the hotel Michael stayed at vist MJs Hotel. 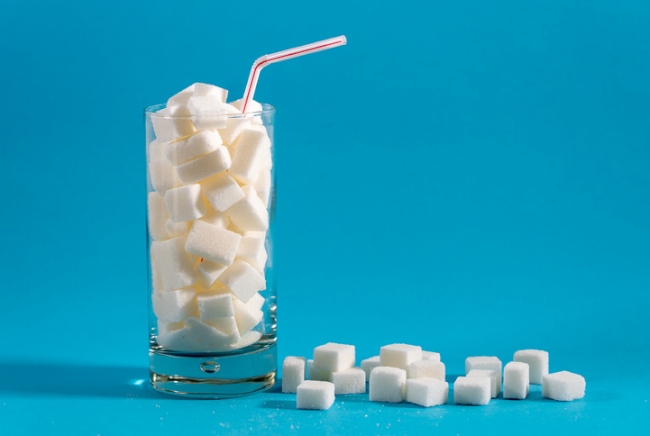 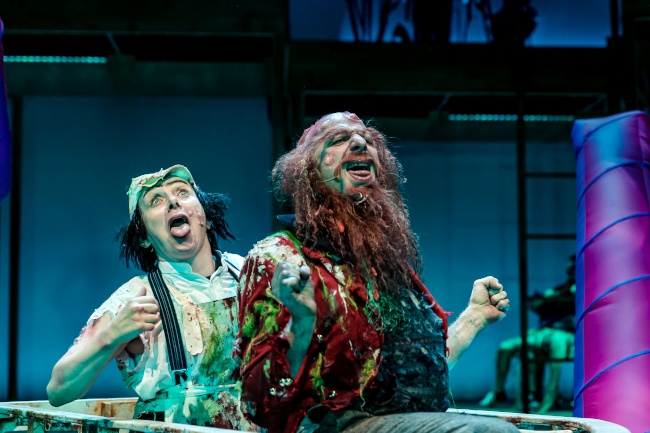 Next Story
Mr Gum and the Dancing Bear – the Musical!