Nice – The Queen of the French Riviera

HomeEuropeNice – The Queen of the French Riviera

Nice is a near perfect holiday destination for a short city break – it’s the Queen of the Riviera. 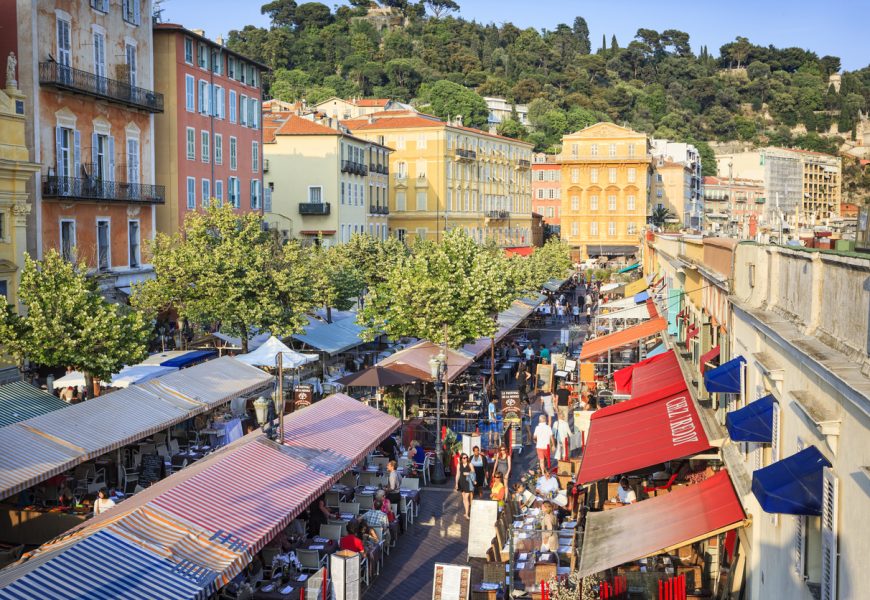 The capital city of the Côte d’Azur is a superb winter and summer holiday resort and, thanks to cheap flight airlines, an inexpensive holiday destination that is extremely easy to get to.

Though no longer exclusively the preserve of the rich and famous, Nice, with its enviable climate and beautiful setting against the Baie des Anges, remains the undisputed queen of the Cote d’Azur.

Halfway between Monaco and Cannes, with the Alps on one side and Corsica just off-shore on the other, it’s a pleasant, perennially sunny mix of hills, mountains and beaches, offering something very much for everyone. The fifth largest city in France, it’s second only to Paris in terms of tourism, airport traffic, and the number of museums and galleries on offer to travellers.

Most come to Nice for the climate; a good balance of public and private beaches provides plentiful opportunity for sand, sea and surf. But the city itself makes for a fascinating stroll, from the Promenade des Anglais on the sea front to the nooks and crannies of Old Town. And there’s the impressive sight of the Bay of Angels lit up after dark. Certainly, the best time to visit Nice is in the first six months of the year, as spring heats up into summer. February sees the annual carnival to celebrate Mardi Gras, March the Nice Boat Show, and May the local Fete des Mai, along with the glitzy film festival in nearby Cannes.

There are, however, plenty of reasons to visit Nice whatever the weather. Shoppers will appreciate the ultra-chic Rue Paradis, the boutiques and workshops of Old Town, and the jewellery specialists of the Avenue de Verdun. Students of art, architecture and design are also well catered for. The Asian Arts Museum boasts cool, minimalist style both inside and out. The striking settings of the Museum of Art and History and the Museum of Contemporary and Modern Art contrast with the decidedly Mediterranean Matisse Museum, a villa set in the middle of an olive grove. And with a new Metro link, it’s now even easier to get around.

The centre of Nice is easy to explore as it tumbles southwards from the main railway station to the Promenade des Anglais, the landmark waterfront boulevard that is one of the most famous streets in France. 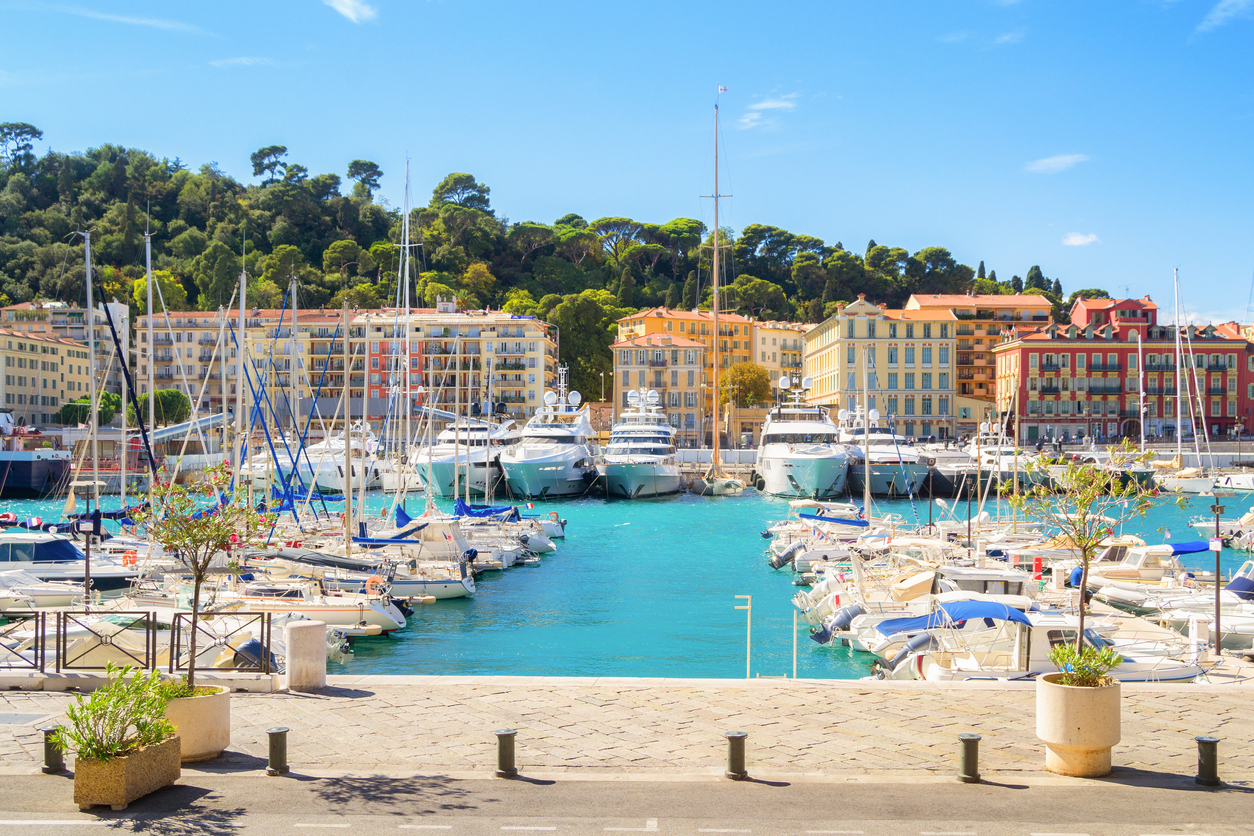 Port of Nice at a sunny summer day

Stroll along the Promenade des Anglais, past the port’s pretty pastel-coloured houses and cafes into Vieux Nice (the Old Town) which is the characterful heart of the city. Here, you’ll find the Musée Matisse, Musée d’Art Moderne et d’Art Contemporain, a marble museum of American and European art from the 1960s, and the Musée des Beaux-Arts.

Marvel at the works of Great Masters to Warhol then make your way to the Old Town’s most colourful square, Place Rossetti, home to the glorious Cours Saleya daily flower and fruit market and the Cathédrale Sainte-Reparate.

For panoramic views of the city climb up to Colline du Chateau, with its surrounding park and waterfall. You can take the lift up from Tour Bellanda if you prefer.

Big name designer fashion can be found dotted around town in a string of chic outlets on rue Paradis and rue de Suède, though prices are by no means cheap. More mainstream chain outlets congregate on avenue Jean Médecin.

Local products worth stocking up on include olive oil (go to Alziari in rue St Francois-de-Paule), Provencal herbs and lavender, honey and olive oil soaps. Those looking to take home some quality wine should head for the renowned Cave de la Buffa at 59 rue de la Buffa. 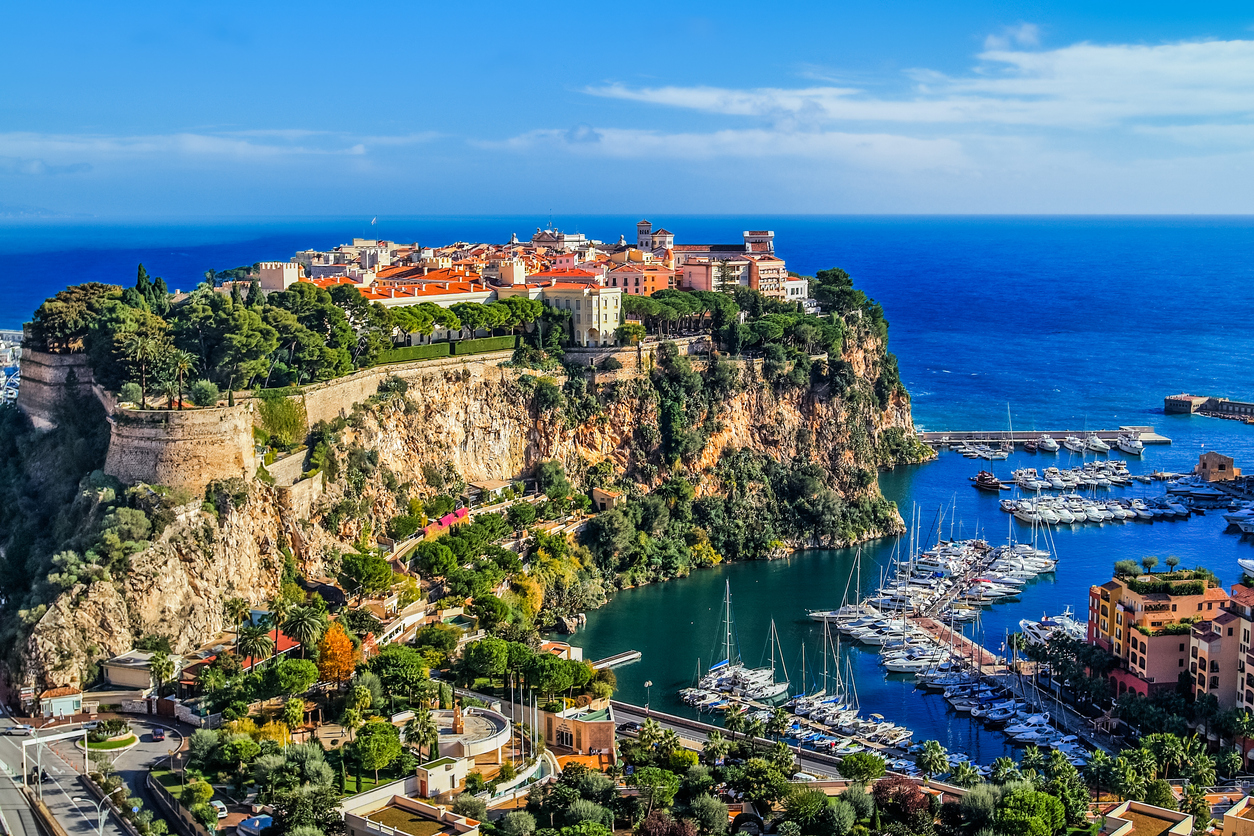 While few can stretch to a helicopter ride that will whisk you to Monaco in just ten minutes, the super glitzy principality is a mere hour’s drive away or 25 minute train trip and well worth an excursion. Gawp at the yachts that cram into the stunning harbour, enjoy an aperitif at the Hotel de Paris or have a flutter at the Casino. Don’t forget that the glitzy resort of Cannes, home to the eponymous Film Festival in May, is just round the corner.

Restaurants in Nice range from cheap and cheerful to Michelin-starred. If your hotel or apartment is in the centre of Nice or the Old Town, you will have a wide choice of restaurants and cuisines all within walking distance, as well as hundreds of fast-food cafes, bars and numerous boulangeries.

For a big splash, Chantecler, arguably the city’s finest dining room in the equally celebrated Hotel Negresco, 37 Promenade des Anglais, is a Nice institution. For casual dining, Cours Saleya comes alive at night with bustling cafes and bars and menus that won’t break the bank. 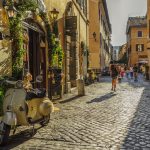