Walking and cycling the Algarve

HomeEuropeWalking and cycling the Algarve

Rupert Parker heads to the Algarve in search of cycling routes and walking trails that are off the well-trodden tourist tracks. 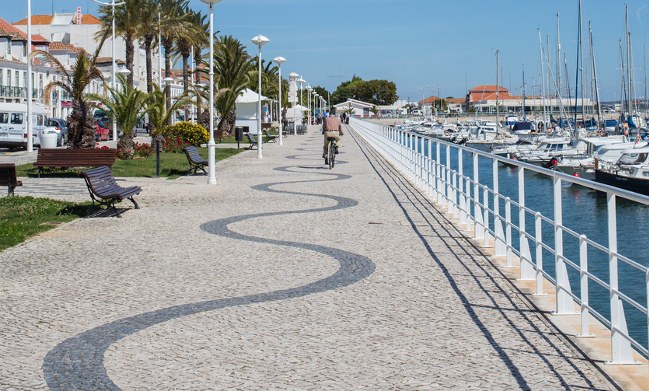 The Algarve, in the South of Portugal, has long been a popular destination for British holiday makers, attracted by the warm weather, sandy beaches and golf courses. There’s been a lot of development here but travel to the far West and you’ll find the wilder side, with unspoilt nature, rugged cliffs and the crashing waves of the Atlantic.

Amado BeachI arrive in Faro on a direct flight from the UK, ready for my Headwater holiday. A transfer of around an hour and a half drops me for lunch at the Sitio do Forno restaurant, overlooking Amado Beach where the surfers are tackling the Atlantic Breakers. Even though it’s still February it’s warm enough to sit outside in the winter sun and, of course, fresh fish is on the menu. Two of us share a large Sea Bream, cooked on the grill, washed down with local Portuguese white wine. 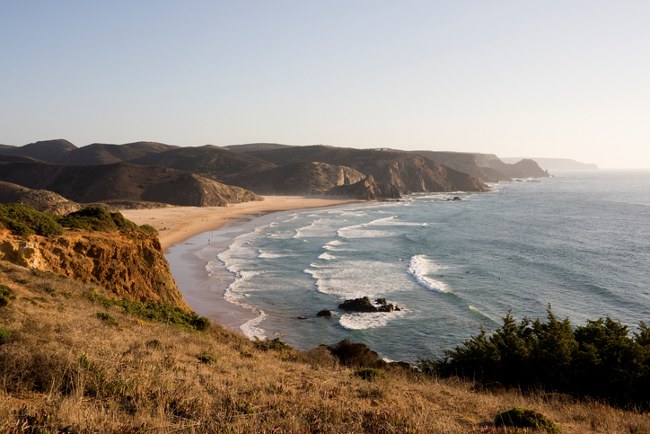 I’m keen to get out into the countryside so make my way to the nearby village of Carrapateira, dropping in for a glimpse of the Land and Sea Museum, before picking up the Rota Vicentina. This is a lovely trail through the Sinceira Valley, following the course of the river, passing cows grazing on the lush grass in the afternoon sunshine.

My destination is Pedralva, once a thriving village, but which by 2006 had just nine inhabitants. Now twenty four of its houses have been painstakingly restored and each is a separate room of the Aldeia da Pedralva. Mine is on 2 levels, with authentic rustic furniture and remarkably comfortable. Dinner is taken in the excellent restaurant, Sitio da Pedralva, which you access down narrow cobbled streets.

After breakfast, it’s a short 20 minute transfer to Figuiera where today’s walk begins. I climb on quiet country paths to the headland overlooking the Praia do Zavial in under brilliant blue skies. I’ve crossed from the Atlantic to the Mediterranean, although the waves seem just as fierce. They’re large enough to attract the surfers and as I make my way down to the beach I pass their colony of camper vans. A family of hippies is taking their morning wash in the sea but it’s too cold for me.

The path climbs over the next headland and then across the Ingrina and Barranco beaches before heading up to the wild expanse of the Sagres plateau. There’s a bit of up and down, but nothing too strenuous. From here I get my first glimpse of Lagos and I can even see my hotel, the Memmo Baleeira, perched on the cliff above the bay. The last stretch is along the wide expanse of golden sand of Martinhal Beach and I take off my boots and dip my feet in the sea. 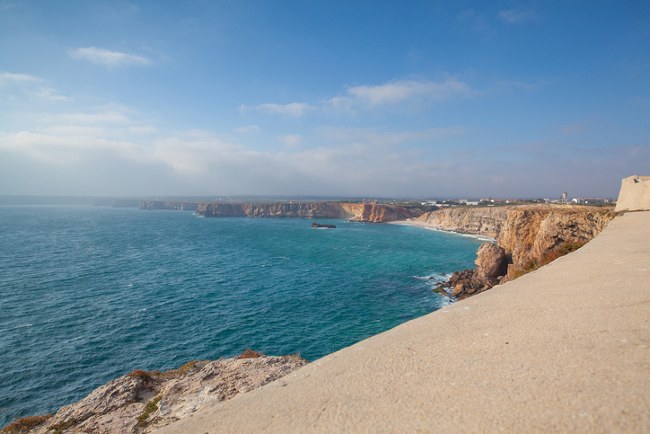 Cape SagresSagres is nothing much more than one long street with bars and restaurants and a fishing harbour below. Of more interest is Cabo Sao Vicente, the most South Westerly point in Europe, capped by a lighthouse straddling its steep cliffs. Cape Sagres, closer to the town, has a huge fortress, partially destroyed by Sir Francis Drake and then completely demolished in a later earthquake. The 14th century Portuguese explorer, Henry the Navigator, built a school of navigation here, although it’s long disappeared into the fortifications.

Next day I pick up a bike to cycle 34km east of the town of Lagos. I’ve been equipped with the RideMyGPS app for my phone and it guides me faithfully along the route. First I ride inland on quiet roads, past unspoilt whitewashed villages and dilapidated windmills. There’s a bit of cloud today so it’s just the right temperature for cycling. In the summer it’s both too hot and busy, so bike and walking tours are not offered. 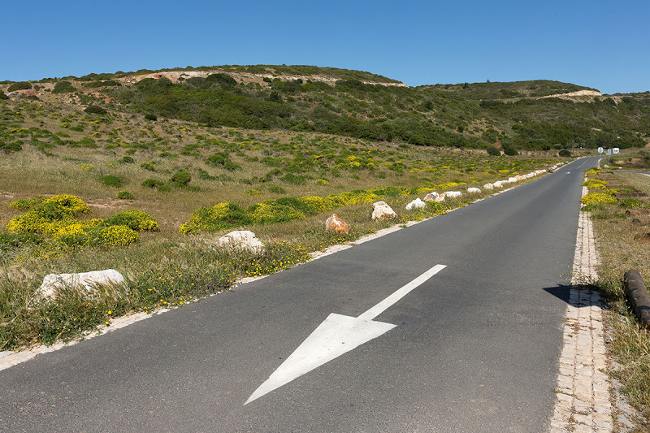 After a bit of uphill, it’s back down to the coast at Salema where the sea looks tempting, although I conserve my energy for tackling the next few steep climbs. Lunch is at a simple restaurant in Burgau, where fresh fish is once again on the menu, and then I push onwards to Luz. Here, as I cycle down the wide promenade, I begin to encounter my first tourists. It’s not that it’s bad, it’s just a bit of shock after spending a few days close to nature.

I turn inland again, through a mass of holiday developments, before the last push up to Lagos. My hotel, the Costa d’Oiro, is just outside the town, on a pleasant headland, with the sands of Praia Dona Anna just 5 minutes’ walk away. I’ve worked up a bit of a sweat and the cool sea water salves some of my aches and pains. There’s time to enjoy a hearty dinner before the transfer back to the airport in Faro and the flight home.

Headwater Praia da Luz (01606 822671) has Algarve walking holidays costing from £639pp including 2 evening meals, and £729pp for cycling including 3 evening meals. Both include accommodation in high quality hotels, buffet breakfasts, luggage transfers, and 24hr rep support. The cycling holidays supply high quality bikes and RidewithGPS route directions. Flights can be arranged for an additional cost from most UK airports to Faro airport.

Visit Algarve has information about the region.

The Gatwick Express is the fastest way to get to the airport from central London.

Rupert Parker is an Emmy nominated producer/director, travel journalist and photographer. He also has his own website PlanetAppetite.com.

This story is reproduced courtesy of our friends at Silver Travel Advisor, the only travel and reviews site for the over 50s.

My day job is director of content for Olderiswiser Media Limited and I've spent the past 20 years developing consumer and commercial content strategies for print and digital publishers.
Last modified: August 27, 2021 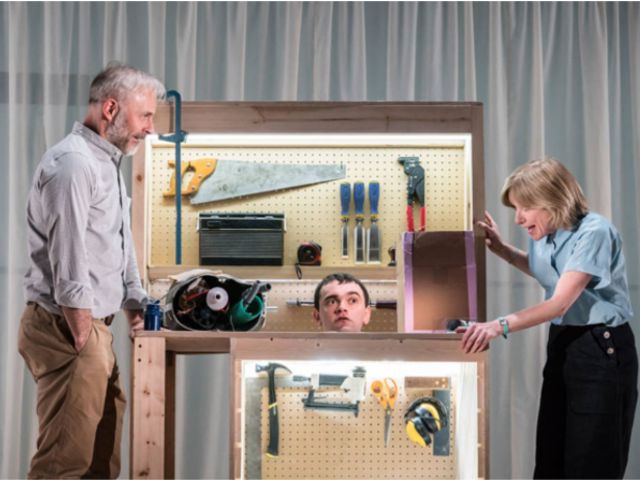 Next Story
Instructions for Correct Assembly