How to be the best Brit abroad

HomeTravelHow to be the best Brit abroad

From researching local cuisine to learning the word for milk, here’s how you can be the best Brit on holiday and avoid those embarrassing faux pas.

This summer, you might be taking a much-anticipated trip to a European city and, the best way to immerse yourself in the culture, discover the local gems, and meet the most incredible people, is to act like a local.  According to a survey carried out by Babbel, 74% of over 55s feel that they have missed out on something because they can’t speak the local language while on holiday.

Aside from learning the language, one other way to fit in with the locals is to adhere to their customs. For example, it’s worth noting that Italians take their coffee as seriously as us Brits take our tea. The linguists at Babbel have shared their best tips on the things you shouldn’t do in the following four cities, to ensure that you don’t make a foreign faux-pas and immediately expose yourself as a tourist! 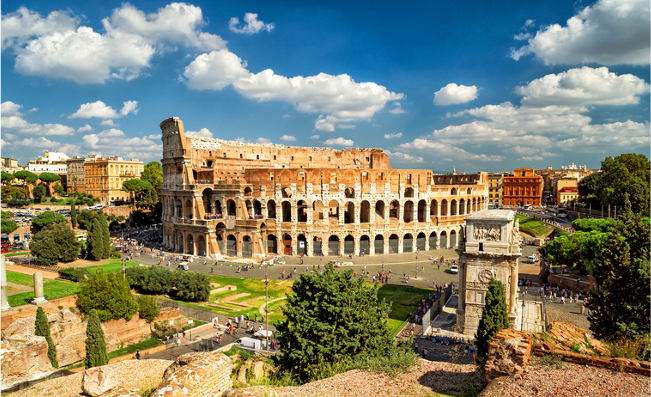 Learn some of the lingo

Italians are very friendly and are always happy to help you if you ask for directions or advice. However, don’t make the mistake of assuming that all Italians speak English. Learning a few key phrases will get you a long way with the locals, and if you really want to blend in, make sure to work on your pronunciation – it’s grazie, and scusa will sound more like scuzie.

Gesticulating and being passionate about what you are saying will help you to blend in even further.

Cappuccinos are for breakfast only

Yes, you read that right. In Italy, a typical breakfast often consists of a cappuccino and a delicious pastry. However, locals will stop ordering cappuccinos after 11 am. If you fancy a coffee after this, go for an espresso or an Americano, as having milk in your coffee in the afternoon is considered a bit of a faux pas. Another piece of advice – don’t drink your coffee on-the-go, it is something Italians take their time over and enjoy.

To tip or not to tip?

While elsewhere tipping is expected, the rules are a bit vague when it comes to Rome. Your bill will usually come with a servizio, which means that service is included; however, most tourists will still tip. When in Rome, ‘do as the Romans do’ and skip tipping.

In England, we can often flag a black cab on the road – especially London. However, in Italy, if you try to hail a taxi in the middle of the street, all you will get are looks of bemusement – if you want a taxi, you will need to take yourself to a taxi rank. 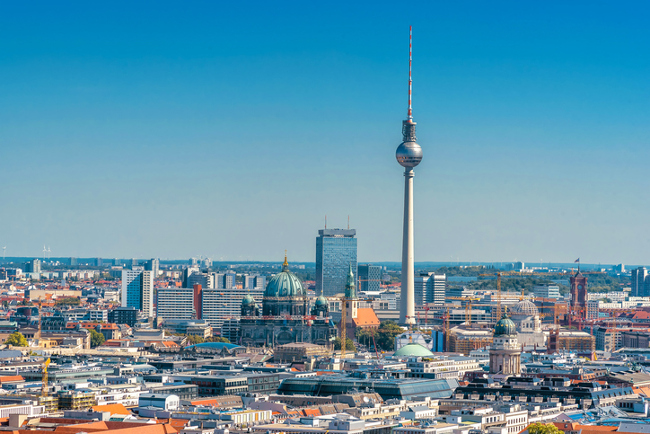 Berlin is a hugely international city, with many nationalities and cultures in every corner of the city. While in some European cities meeting someone new means a handshake, a hug, or a kiss or two on the cheek, Berliners don’t have one standard greeting. However, you can’t go wrong with a handshake, a na (typical German greeting) and a wie geht’s? which means how are you?

When in Berlin, always remember that it is a bicycle-friendly city, with dedicated cycling lanes, and it is not wise to stand waiting in one of these. Berliners also never cross a road anywhere other than at a designated crossing, and will always wait for the green light to give them the all clear before crossing a road (you will get grumpy looks from the locals if you don’t do this, especially if their kids are with them.)

Drop by the Späti

These small shops are dotted all over the city and they sell all sorts of things, from beer and coffee, through to newspapers and various daily necessities. If you need something in Berlin and the nearest supermarkets are closed, chances are you will find what you need in a Spätkauf.

If you are getting lost in Berlin and simply don’t want to stop for a sit-down meal, make sure to try the local street food, as it is absolutely delicious! However, don’t be fooled into ordering a currywurst – the locals don’t eat them and it’s a bit of a culinary joke to play on the tourists! 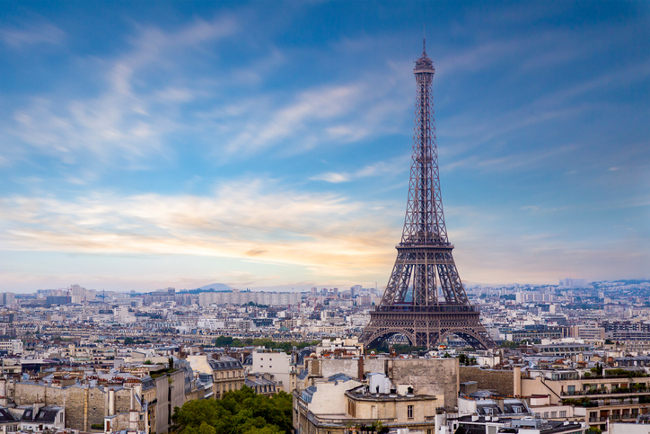 If you want to blend in with the locals, then it is important that you know your coffee, just as we mentioned above when discussing Rome. Order yourself a un café, preferably without any additions – this is an espresso, the go-to for most Parisians. If you can’t handle the bitter drink without a dash of milk then ask for a noisette, which is an espresso with a little bit of milk.

Hide the map and be nonchalant

Nothing screams Tourist more than walking around the city holding a map. Instead, get lost in the city like a true flâneur, meaning to wander or saunter. Parisians are very relaxed and will never stare at something in wonder and amazement, simply saying that it is sympa (short for sympatique and meaning nice). Not amazing, not wonderful, just… nice.

No croissant on a weekday

While croissants are eponymous with France and Paris, they are much more of a weekend breakfast food, as opposed to something you eat daily on the way to work. If you want to blend in, grab yourself a fresh baguette from the boulangerie first thing in the morning. It is also likely that when you enter the boulangerie you will hear a booming bonjour! from somewhere in the shop, and you should always reply even if you don’t quite see who said it. 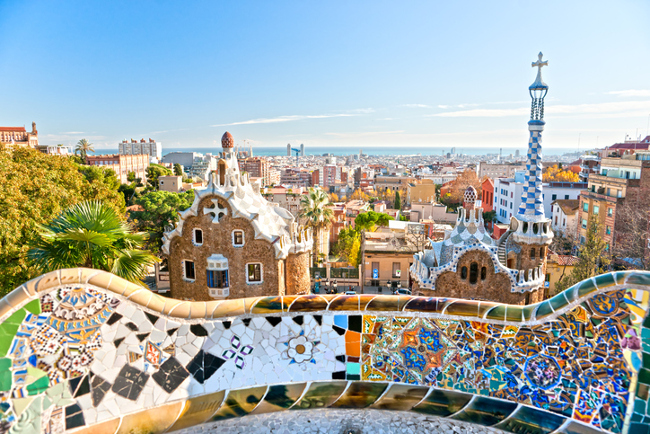 The tapas and the paella

When in Barcelona, you must experience all the delicious food that the city has to offer. However, avoid having tapas for dinner, as it is typically a pre-meal snack for the Spaniards, while paella is a local dish for Valencia. If you want to try something more local, aim for Catalan food such as esqueixada, a delicious and light salad that is perfect for a lunchtime snack.

Barcelona in the summer can get extremely hot, making afternoon siestas a necessity. While you take a break to escape the scorching midday sun, you should really try and nap as, in Barcelona, the locals stay up late. So late in fact that the typical dinner time is around 10 pm, and some of the clubs won’t even open until midnight.

No food in La Ramblas, no cycling in the Gothic quarter

As surprising as this may seem, avoid eating in La Ramblas – you won’t find many locals even walking through it, let alone eating there if they can avoid it. Instead, head into the Gothic Quarter. Not only is it absolutely stunning there you will find everything from delicious restaurants to great shops. However, if your chosen mode of transport is your bike, make sure to park it before entering the Gothic Quarter – the streets are narrow and it is much faster to walk! 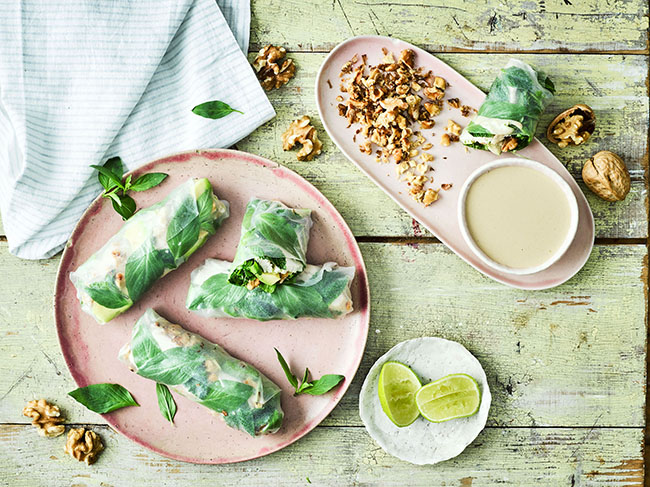 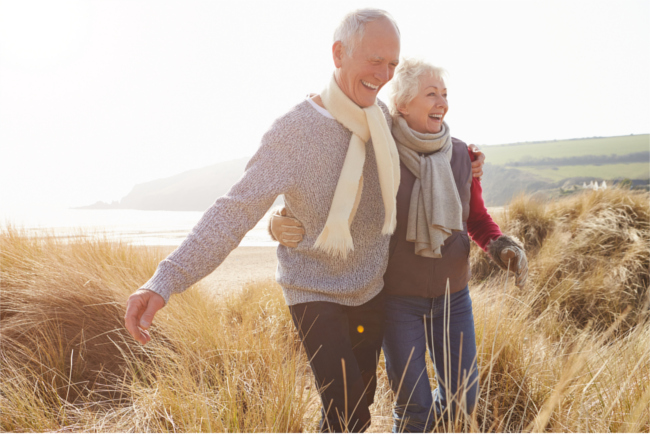 Next Story
Who said that romance was dead?