If you’re planning a safari don’t forget to include some time exploring by foot. Michael Edwards says there is much to be learnt from slow travel. 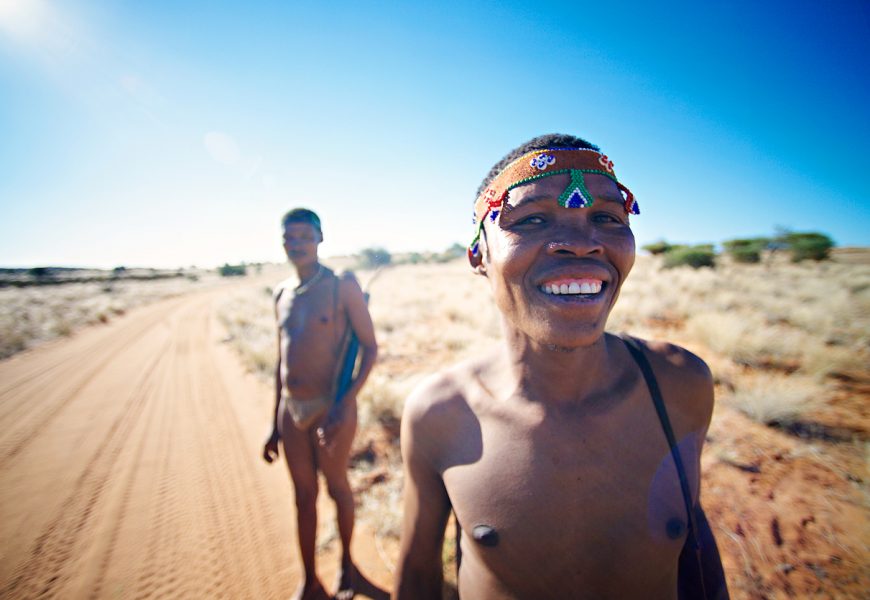 Chances are that your images of a safari are of travellers riding through a dusty veldt as they look out for giraffe, lion, leopard and rhino. Then in the evening the fortunate travellers will be enjoying a sundowner, from the terrace of their safari lodge, as the game pad towards a floodlit waterhole.

Of course, there is a frisson of fear as you clamber down from your safari vehicle, or your “bakkie” as it’s known affectionately and colloquially in South Africa. Suddenly you are out of your comfort zone. But wait, it has only been over the last century that mankind has viewed Africa from behind the protective bars of a vehicle.

In South Africa’s Northern Cape the indigenous population, the Khomani San tribe, survived without four-wheel drive and sat-nav for over 20,000 years. Their knowledge of their arid lands of the Kalahari Desert was acquired at ground level. Significantly, they survived alongside lions and leopards for those twenty millennia without becoming lunch for the game.

As we walk tentatively through the bleached scrub our guide attempts to put our minds at rest. “We are not natural prey for lions. I’ve only had two lion incidents in twenty years and both of those were when I got too close to a lioness and her cubs.” He paused to see that we were ready for the next chapter of essential Health and Safety advice. 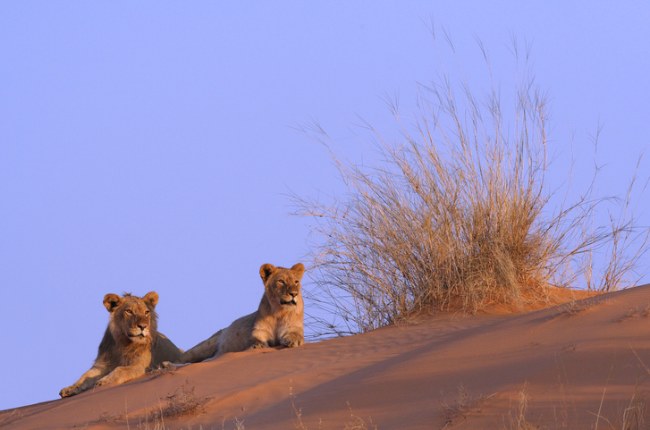 If you choose to visit the Living Museum of the Khomani San and walk with a tribesman, who is wearing just a loincloth and carrying a hand-crafted bow and arrow, you will be stepping back in time to an age when men and women made so much more of so much less.

The bow would have been carved from an acacia tree over two days of whittling and it would have been strung with the tendon of an eland, the arrows tipped with a slow acting poison mixed from the bark of trees. Once the Bushman’s prey was wounded they would follow it for a day or two before it finally died. Giving thanks to their gods for the animal’s life before they ate. 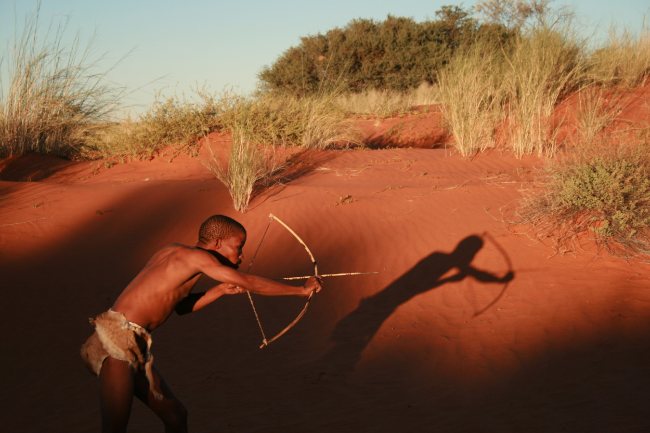 Walk with a bushman and you will be savouring the ultimate slow travel, fascinated by a micro-safari, that helps you to understand how the tribes did not just survive but thrived in this hostile land.

They enjoyed their luxuries. They brewed droppings from the nest of the Social Weaver Birds, mixing it with honey and water to create a beer that was so potent that only the tribe’s elders were permitted to drink it. Following the Desert Fox, the tribesman waited for the fox to sniff out Desert Truffles. Another incredible luxury in the arid Kalahari is the spiky Hemsbok Cucumber, again the tribesman waiting for the Hemsbok to locate the succulent fruit before pouncing. The tribes had time for art too. At the Craft Village, near the Xaus Safari Lodge, you can watch the age-old skills of jewellery making, burning patterns into fragments of ostrich egg. 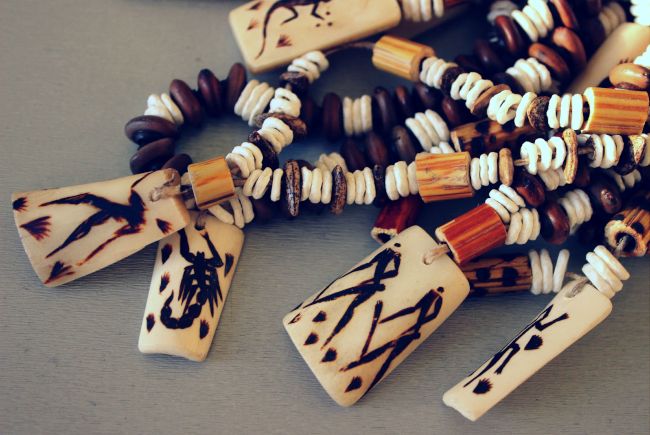 For the semi-nomadic bushmen, the Desert was their pharmacy. As we walk slowly our guide shows us which leafs eased headaches and stomach pains as well as those that slowed the progress of cancer. These are not mere myths, a number of pharmaceutical companies have launched investigations. One leaf that hunters used to depress hunger, as they tracked animals, is particularly interesting in the era of the obesity epidemic.

As you walk through this tough arid land with all our survival paraphernalia of hats, sunglasses, sunscreen and litres of water, you understand that mankind has become weaker and a little more vulnerable. Looking at the tribesmen, wearing virtually nothing and carrying very little, you come to understand that there was a time when mankind thrived by using ingenuity to make the most of nature’s bounty.

With thanks to southafrica.net for their help.

Vinkie’s Tourism Enterprise is an eco-tourism venture that offers an authentic and unique “Bush” experience on the //Khomani farm Witdraai in the beautiful Southern Kalahari dune belt for individuals and for groups. They specialise in tailor made tours, offering individual attention and first-hand experience in the traditional arts of tracking, bush craft, craft making, tasting traditional foods and hunting with bow and arrow, and San stories from elders.

Park entry fees start from R328 (£17) per adult per day for international visitors.

London Heathrow/Johannesburg Lead in fare – £476 is the published lead-in (incl. taxes and YR) on LHRJNB. 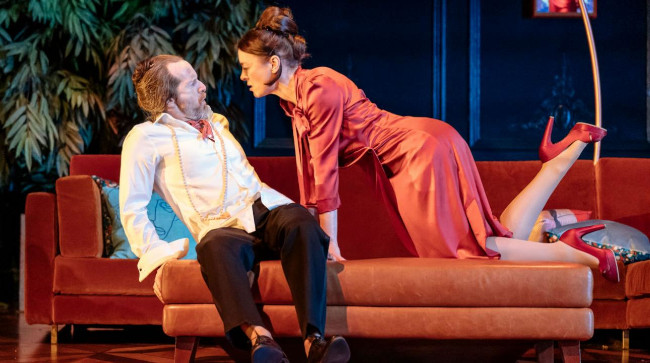 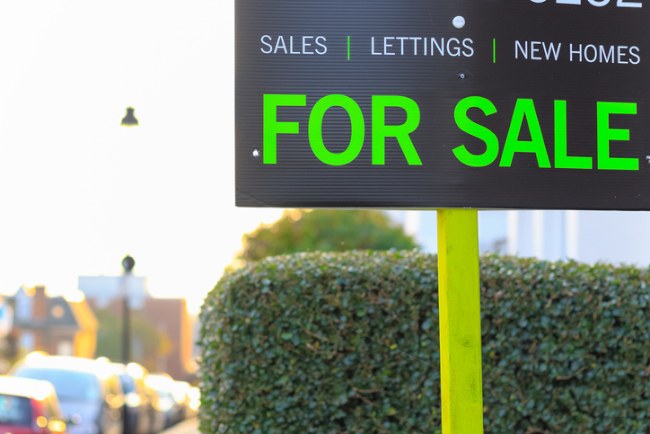