The Fez Cooking School introduces guests to the world of Moroccan flavours. Michael Edwards shops in the medina and makes lunch. 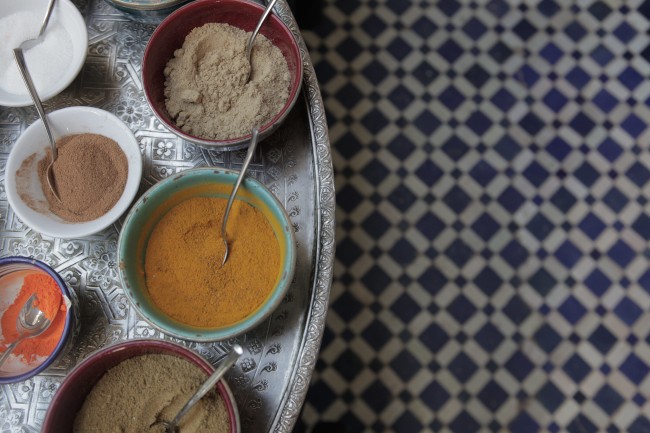 Going shopping in Fez’s ancient medina, a labyrinth of over 9,000 narrow alleys, is like stepping back into medieval times. Donkeys and men are the beasts of burden as Fez’s medina is the world’s largest pedestrianised zone.

Led by our chef Zakia and our guide / translator Fatima we are on a mission to seek out the finest ingredients for our chicken tagine accompanied by a smoked aubergine salad, followed by a creamy orange-blossom-water pastry dessert.

“The smoked aubergine salad is my twenty-something son’s favourite seduction dish,” says Jemima Mann Baha. She fell in love with the whole Fez package: marrying Abdel from Fez, purchasing the crumbling Palais Amani to restore it into a luxurious riad and creating the Fez Cooking School to celebrate her fascination with Moroccan Cuisine. She even has three sister-in-laws called Fatima. 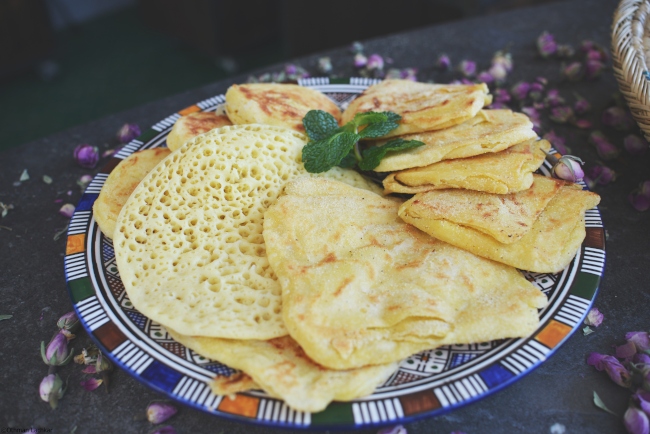 As it’s early morning, like the locals, we take breakfast as we shop. One part of the medina specialises in breakfast snacks. Locals sit around age-worn tables for a hot garlicky soup with freshly baked flat bread. Others opt for sfinjat – donuts fried in a spicy oil of cumin and salt, with an egg added for the final seconds of cooking.

We move onto yet another small blue-tiled cubicle, open on one side for customers, perhaps 10 at most, to squash in. Atay Bnaanaa, with walnut creased complexion, makes Moroccan Mint Tea, as he has for five decades. He brews a little black China tea with heaped spoons of sugar in a gleaming copper samovar, pouring it over leaves of absinthe, geranium, verbena, sage and much mint. This is a premium vintage tea. At 10 Dirham a cup, it is twice the price of the soup and bread.

Breakfast over, it’s time for some serious shopping. We call in at a chicken shop with a difference, the chickens are live, but our First World sensibilities are spared. Our chicken had met its maker the day before and was back at the Palais Amani in a marinade. But many locals would never buy a packaged portion of chicken from a shop. “How do I know when it was killed?” they ask. 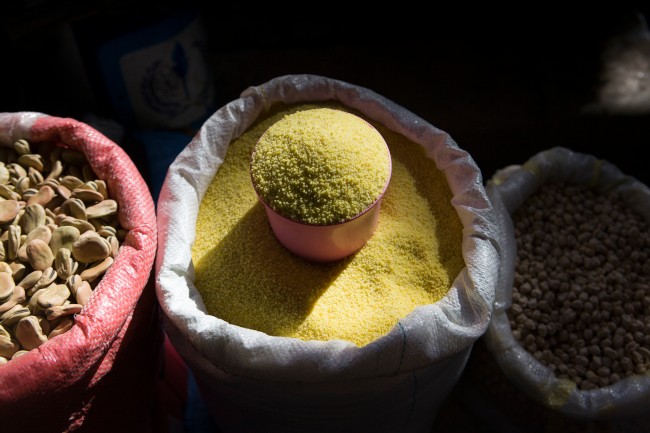 Next Zakia purchased the spices for our tagine; cumin, ginger, turmeric, coriander and just a little chilli. Moroccan cuisine prefers the subtler heat of coriander to burning chilli.

Then we see some fellow guests from the Palacio Amani. Having made their bread on the bakery course, in age old fashion they were taking their bread to a communal bakery. Incredibly there are no labels or names on the tins. The baker recognises every tin by its distinctive dents, wear and tear.

But bread is a social issue. The older generation look on at young women who buy their bread ready made from a stall, disapproving of these lazy modern ways. Food is a way of preserving traditions, keeping society as it has been for centuries. In days gone by, the wives did not even leave the kitchen, other family members took the loaves along to the bakery. 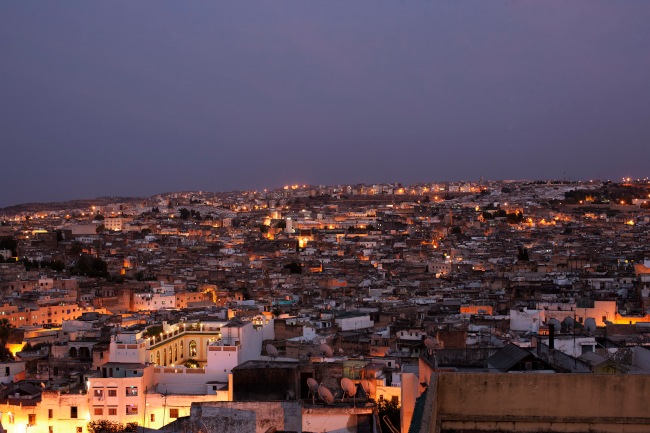 Eventually we head back to the Cookery School at the Palais Amani located on the roof of the restored 17th century palace. Beyond the roof garden of olive trees, bougainvillea, vines and roses there are views across the medina to the backdrop of the mountains.

Step-by-step, Zakia and Fatima, tell us how to prepare our chicken tagine and smoked aubergine salad. Then it’s on to dessert: cream flavoured with orange blossom water is layered between thin crispy flatbread. It’s something of a Generation Game moment as we decorate the top layer with swirls of cream. 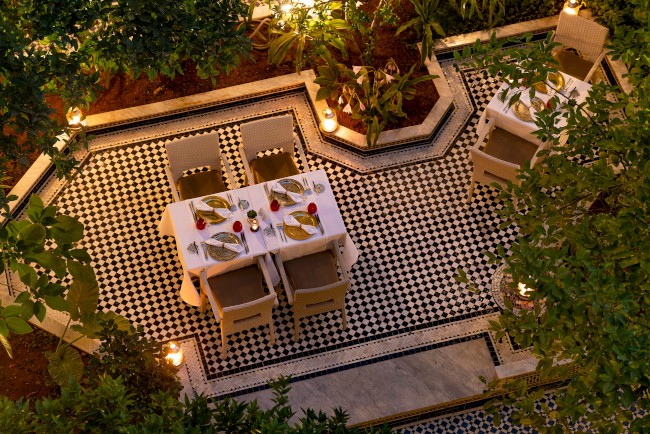 Taking off our aprons we descend to The Eden Restaurant, in the cool gardens of the riad. We enjoy the meal that we had cooked, shaded by citrus trees and the surrounding water features. Sometimes food seems more authentic when you have shopped and cooked it yourself.

Learn more about courses at the Fez Cooking School at http://fezcookingschool.com/

You can also stay on site at http://www.palaisamani.com/ 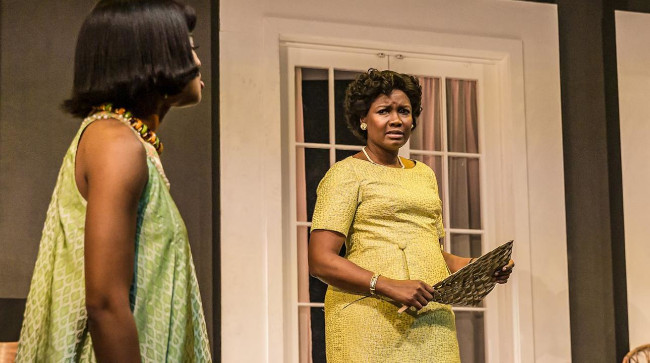 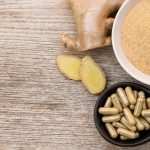 Next Story
What you need to know about digestion