Jetting off to somewhere nice this summer? Healthspan Head of Nutrition Rob Hobson shows you how to make the most of healthy eating while you’re abroad 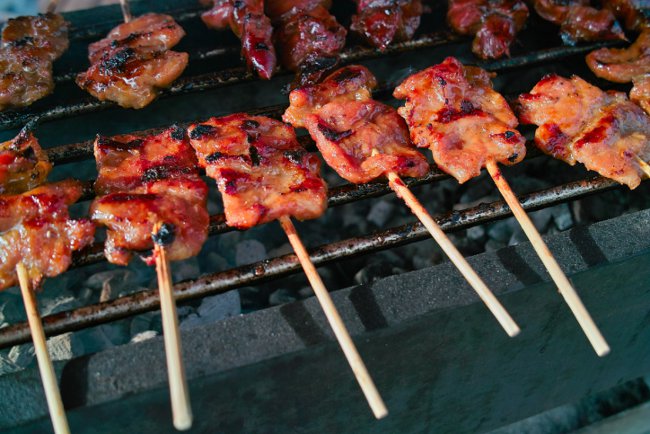 With summer holidays just around the corner many of us are thinking about how to lose that bit of winter insulation. By the time we arrive at our holiday destination most of us simply want to relax while eating and drinking to our hearts content without having to think too much about healthy living.

Most of us gain a couple of pounds on holiday, but eating healthily on holiday doesn’t have to mean denying yourself your favourite dishes – the secret is to make careful food choices and to watch how you eat. Research released by Google last December revealed the top ten most searched for holiday destinations from the UK. Here are some of the countries and how to eat healthily when visiting them…

Foods around the world

Choosing to eat healthily on holiday is one thing but the foods available can affect your options. Some countries are renowned for the health benefits their foods have to offer. The Mediterranean, for example, is highly acclaimed for its healthy diet, which is attributed to lots of plant-based foods and ones rich in healthy fats. The Japanese diet is also well known for its superior health benefits and includes an abundance of fish, sea vegetables, fermented foods and soy (the staple of many health foodies). The benefits of the Japanese diet are also clearly evident on the island of Okinawa, which has the highest proportion of centenarians in the world.

American food is hugely diverse and comes in notoriously large portions. However, requesting how you would like your food to be served is more commonplace. You can opt for sauces on the side, grilled meats, bun-less burgers, salad instead of chips and share desserts.

Mexican food is full of flavour such as smoky chipotle, but the downside is that it can often involve a lot of fried foods and fatty cheese. Opt for fresh salsas, simple grilled meats, ceviche, grilled corn and a little guacamole, which is tasty and packed with healthy fats, folate and vitamin E.

This country has some unusual foods including cured shark, which is definitely an acquired taste. Iceland does, however, serve up some of the freshest fish and a traditional food known as Skyr, a local product similar to yoghurt (made from milk curds) and currently a strong contender for this year’s ‘superfood’ crown.

French food is renowned for being rich and often calorific. France is also famous for its cheese and fantastic breads and croissants from its boulangeries. Eat like the French, opting for a little of what you fancy and try moules marinière (with wine not cream), onion soup and of course the odd glass of polyphenol-rich red wine.

The Greek diet consists of plenty of bread and pulses along with lots of fruit and vegetables. Make the most of Mediterranean ingredients such as olives, olive oil, tomatoes, yoghurt (tzatziki), vine leaves, squid, aubergines and figs. Try to avoid local dishes made with phyllo dough such as baklava.

Traditional foods are simple and often involve slow cooking such as a preparation method known as Ispod Peke. Meats are also traditionally cooked on a spit, which can be healthy when served simply with a salad. Ajvar is a healthy spicy red pepper sauce that can be served with grilled meat or fish.

A lot of Spanish foods are quite rustic, especially dishes from Catalan cuisine.  The countries most famous dish is Pealla, which if eaten in a sensible portion size provides a great balance of nutrients from the combination of fresh seafood, rice and veggies. This dish is generally low in fat, high in protein and carbohydrate. 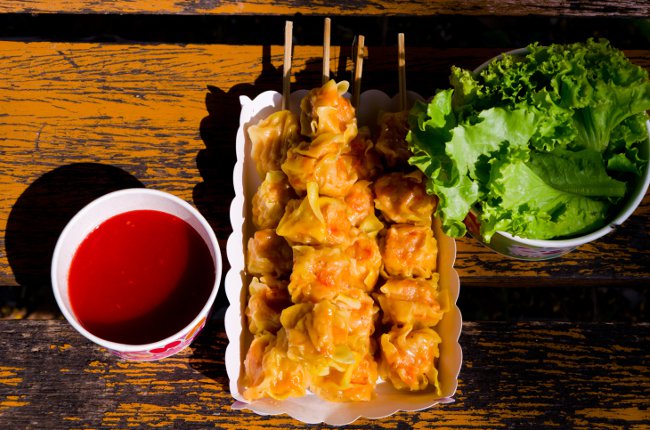 Wise up to savvy eating

Be realistic – Put weight loss goals aside for your holiday. Aim to maintain your current weight instead – holidays are to be enjoyed.

Research it – Check out the best places to eat that offer a good choice of healthy foods.

Indulge yourself – Pick one meal a day for treats and eat light at the rest – all-inclusive buffets often offer a good selection of foods to choose.

Go local –  If self-catering make the most of the interesting fresh local produce opting for grilled meat or fish with big fresh salads.

Watch the booze – Think less like Derek Trotter (there are over 400 calories in a pina colada!) and mixing spirits with diet sodas or opting for refreshing spritzers.

Snack carefully –  Savoury snacks are all too tempting after a few glasses of wine so try a small healthy snack before you go out or opt for veggies or a handful of olives rather than crisps and nuts.

Prepare your tummy pre holiday – we change our diet, lifestyle and exercise regime when on holiday which affects our digestion.  Look at introducing live cultures such as a pre and probiotic pre your holiday which can elevate levels of food bacteria and effectively crowing out bad bacteria  so it can’t take hold of your gut on holiday try Healthspan Pro 5 which contains over 5 billion live friendly bacteria.

Rob Hobson is a Registered Nutritionist and Healthspan Head of Nutrition. His new book ‘The Detox Kitchen Bible’ is available on Amazon or find out more at Healthspan.
Last modified: June 9, 2021 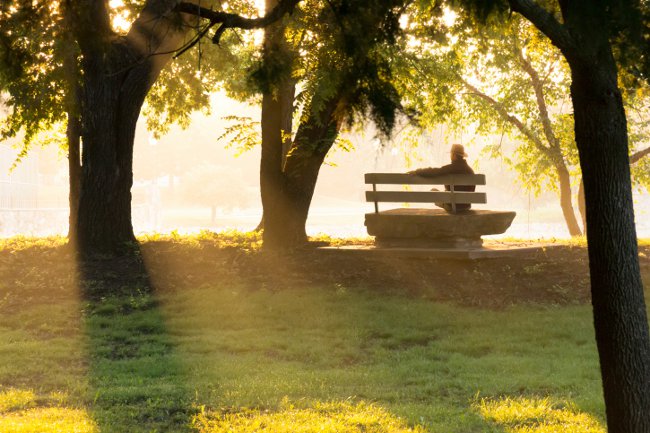 Next Story
It’s a capital break!