There’s another side to high-rise digital Dubai. Michael Edwards stays at Al Seef Hotel by Jumeirah, in the heritage area, and learns how the Emirati are rediscovering their precious identity 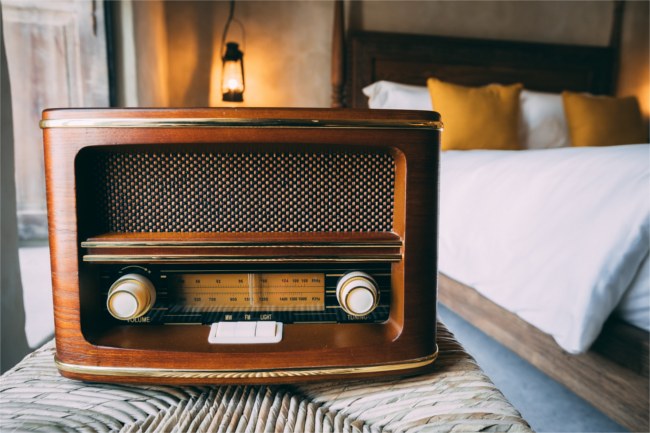 Somebody’s turned off the 21st century. There’s a black phone with a rotary dial, a toilet with a chain and a wireless from around the 1950s. Sheer nostalgia.

Voluminous curtains have gone missing – replaced by wooden shutters. There are two heavy dark-wood doors leading into the bathroom with a rough-hewn 18-inch wooden bolt that would have withstood a Crusaders’ siege for months.

Outside there are rough plaster walls, timbered cooling wind towers and acacia trees searching through the sand for a few drops of water. There are neither adverts nor company logos. You could film an authentic nativity scene here with Al Seef’s medieval colour palette of sand, beige and desert distressed paintwork.

This is a pedestrianised Creek-side Dubai that’s reclaiming its national heritage. With 11 million people and over 200 nationalities outnumbering the mere 1.7% of the population who are Emirati – this is Dubai screaming, “Stop the world. I want to get off.” 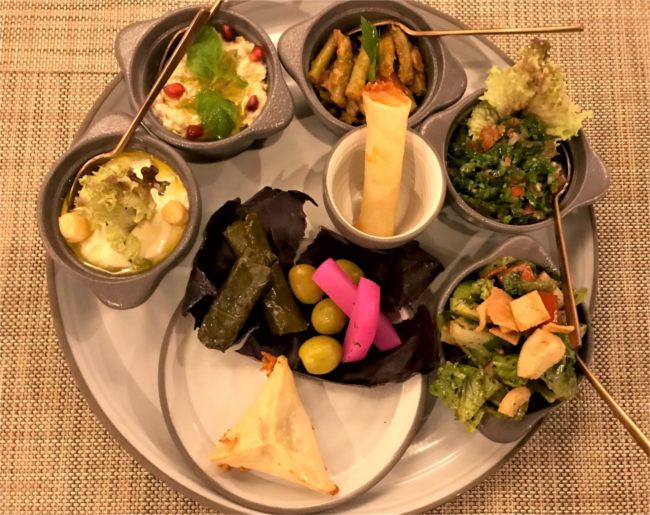 The Al Seef by Jumeirah has a restaurant that stands up for Arabic traditions. Families share a banquet, a traditional Arabic meze of countless dishes of hummus, tabbouleh, olives, lamb soup, lentil soup, lamb pasty, grilled fish or lamb and then finally a selection of favourite deserts that includes Umm Ali, fresh fruit and cinnamon ice-cream too. Couples in traditional Arabic dress bring their children to understand their past before those traditions are lost.

Dubai’s first-found wealth was the pearls dived for in the Creek. At Suwaidi Pearls you learn how divers still source pearls at Ras al Khamiya and you view the beautiful jewellery produced. Al Seef is where Dubai celebrates its heritage. Women flock to Abaya Couture, not just for the mint tea welcome, but to select an abaya, sometimes off the peg, sometimes made to measure. 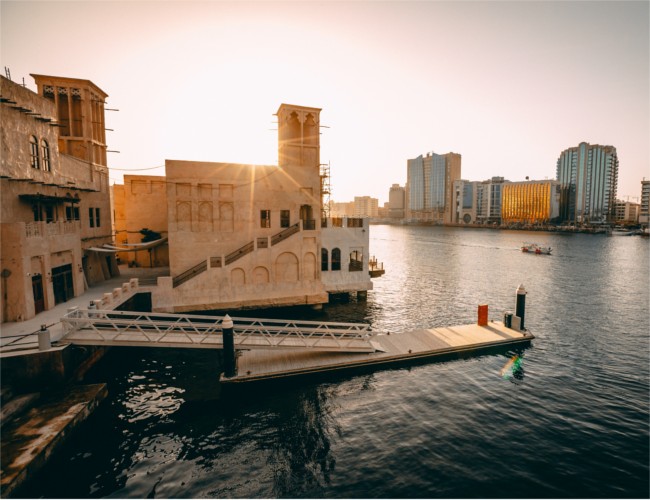 Al Seef’s traditional buildings run for over a mile alongside the south side of Dubai Creek. Ultimately over 400 cafes, shops and restaurants will celebrate Dubai’s trading history. For centuries merchants have imported intricately designed Kashmiri rugs. Then there are the hessian sacks filled with spices from Africa, Asia and India. Today the heavily laden dhows still ply their trades across the Indian Ocean and down the African coast.

Increasingly, Al Seef is becoming a popular destination for both Dubai residents and travellers from overseas. Musicians play ouds, Arabia’s take on the guitar, and sing. Later dancers whirl feverishly as they entertain the crowds. 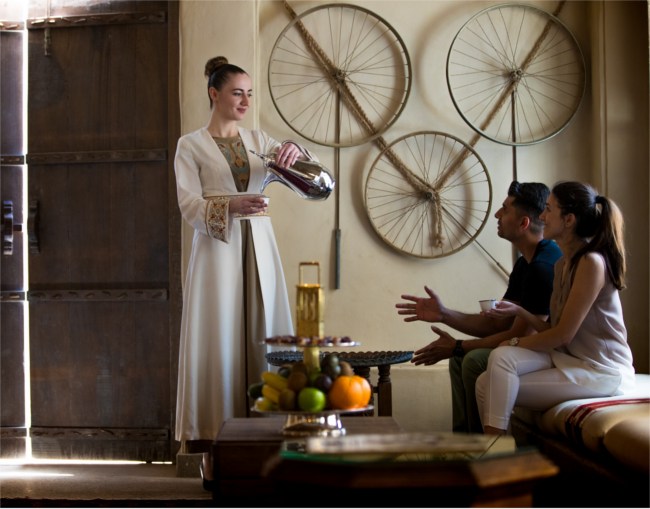 Al Seef has location on its side. For just a single Dirham, around 20 pence, an abra will take you north across the creek to haggle for a bargain in the Gold Souk. Competition is so intense, that there are real bargains to be had for earrings, necklaces, rings and watches.

At the west end of the Al Seef village is the Sheikh Zayed Centre for Cultural Understanding. Enjoy an Emirati meal with a guide who is an infinite font of knowledge on Emirati life. He produces a barrage of information: elderly Emirati remain flexible as they have been kneeling five times a day to pray throughout their lives … the Emirati sat on the floor to eat as there were no trees in the dessert to make chairs and tables … women dipped their husband’s tie in their perfume to remind their husband of his wife’s love…and more practically to mask the stench of camels. 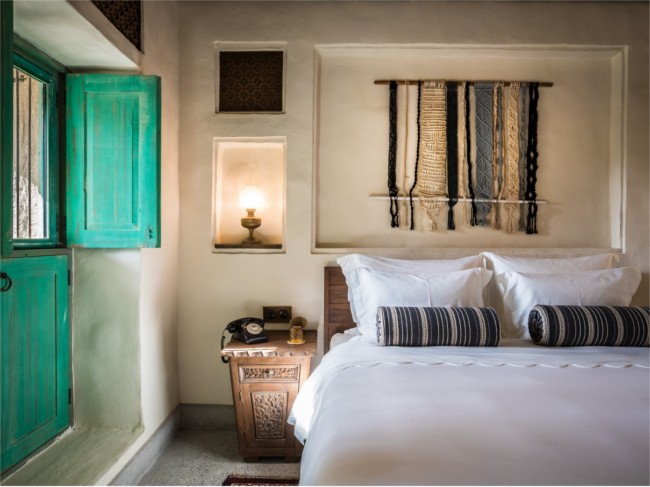 Back to the Al Seef Hotel by Jumeriah, behind the rustic dark wood you will find those essential luxuries. There’s a mini-bar, a Nespresso coffee-machine and a rain-water shower. Also, if you are in need of more contemporary comforts there’s a shuttle bus that takes just five minutes to the Zabeel House by Jumeirah, the sister hotel. Enjoy a seventh-floor swimming pool overlooking the Creek, a gym and a spa.

Shrewd travel experts may well be recommending Al Seef, Dubai as one of the top destinations for 2019.

Visit the website for Al Seef Hotel by Jumeirah 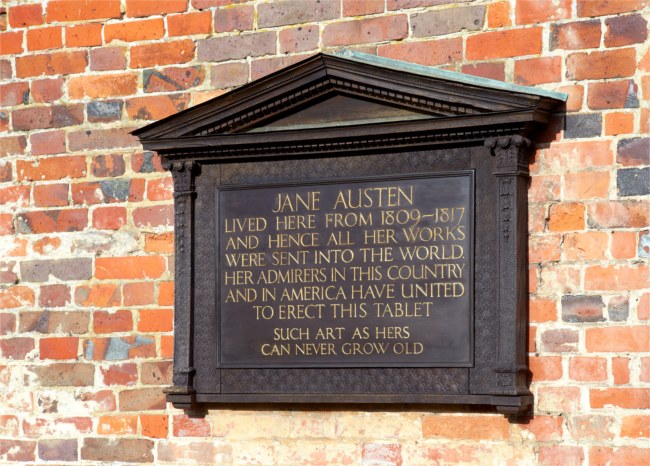 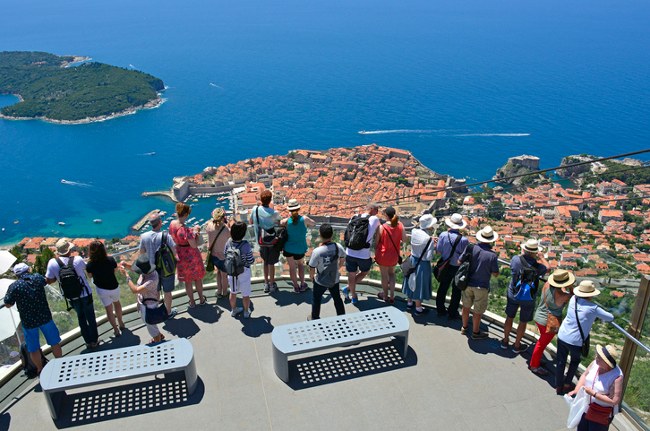