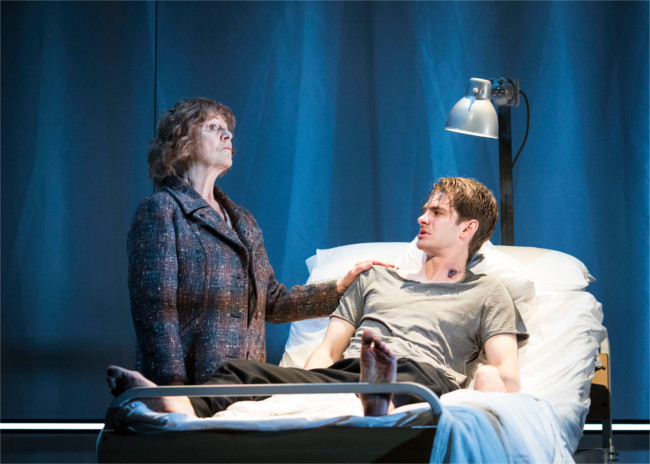 It is one of the most landmark plays of the past 25 years, creating a world where illness and sexuality are unapologetically shared and political diatribes sit alongside spectacular angelic visitations. I am of course referring to Tony Kushner’s widely ambitious Pulitzer Prize winning, two-part Angels in America, described as a ‘gay fantasia on national themes’ that was written in response to the Aids epidemic that was raging a quarter of a century ago, and the play has now been revived in an excellent new production directed by Marianne Elliott, at the National’s Lyttelton auditorium.

The play begins in October 1985 and an undercurrent of apocalyptic fear looms large. The protagonist, Prior-Walter, has contracted Aids and is hospitalised. As Prior’s illness develops, he begins to have heavenly visions where angels seek him out as a prophet. Meanwhile his boyfriend Louis dumps him but struggles with his guilt over leaving him at his most vulnerable, whilst carrying out a relationship with Joe, a closeted Mormon Republican whose own inner turmoil has made his long suffering wife Harper, mad.

Clocking in at almost eight hours, the play meditates on many themes and intersecting stories. Layered and symbolic it’s as much an examination of the Aids crisis as it is a look at living in Reagan’s America. Part one’s Millennium Approaches, echoes the portentous feelings in some quarters as the 20th century draws to a close – religious fears about the end of days coupled with geopolitical fears about the ongoing Cold War. The subtitle for part two, Perestroika, is the name given to the policy reform of the Communist Party in Russia under Gorbachev and means restructuring. It flags up not only the inherently political and historic themes of the play but also the process of reformation and renewal that we see following the upheaval of part one.

The play provides a narrative of human suffering, our communal response to hysteria and the intricate relationships that exist between family and friends. You might imagine from its theme that it would be a depressing work but you would be wrong. It has a sharp vein of caustic wit running right through it, and it can be funny one minute, sad the next, so you find yourself laughing out loud whilst on the brink of tears, and director Marianne Elliott, manages these shifts in the tone most successfully.

Indeed Kushner’s writing dazzles. Though at times overblown and self-indulgent, not to mention some longueurs, its sheer imaginative reach is exhilarating, with love, loss, grief and loneliness, combining with religious metaphor and politics to provide an insightful look at a community in crisis.

Andrew Garfield (Spider-Man) is crushingly powerful as Prior Walter, who learns he has Aids early in the first half, and it is through his eyes that we witness the disease destroying him, both physically and mentally. He is sharp, lucid and painfully funny, demonstrating a burning intensity and emotional commitment that makes this one of the performances of the year.

James McArdle, meanwhile he has just the right guilt-ridden charisma as the infuriating self-absorbed, liberal Louis, while Broadway star Nathan Lane makes a strong impression as the vicious, power-broking lawyer Roy Cohn, who rejects his homosexuality, yet also succumbs to the disease which he attempts to cover as liver cancer in order to protect his secret from his highly conservative world. Russell Tovey brings a touch of everyman innocence to closeted Mormon Republican Joe and Denise Gough is equally good as his pill-popping wife Harper, conveying the agonies of a marriage mired in lies and self-deception. There is also a scene-stealing performance from Nathan Stewart-Jarrett as Belize, the flamboyant nurse and one time drag queen who seems the only sane member of the bunch.

This in short, is an intellectually dazzling quirky and often bizarre but always absorbing ode to the tenacity of human spirit and feels entirely in tune today with an America that is fractured along the lines of gender, race, wealth and political outlook.

Our aim is to provide content for 'grown-ups' bringing you the latest lifestyle, travel and recipes. Plus health and finance tips from our expert columnists. Have your say on stories that matter to you and enter our free competitions and most important of all, enjoy 50connect!
Last modified: May 22, 2017 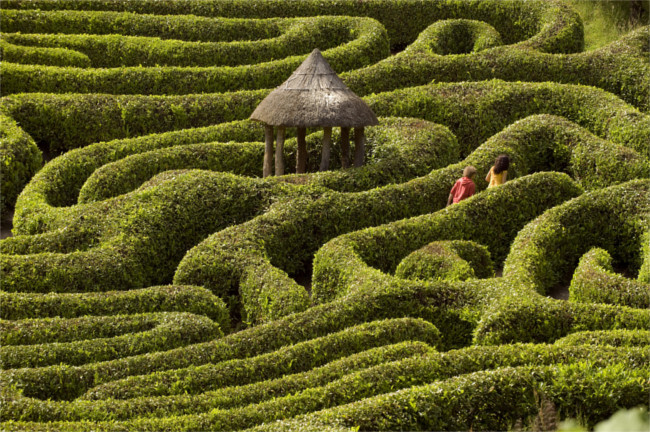 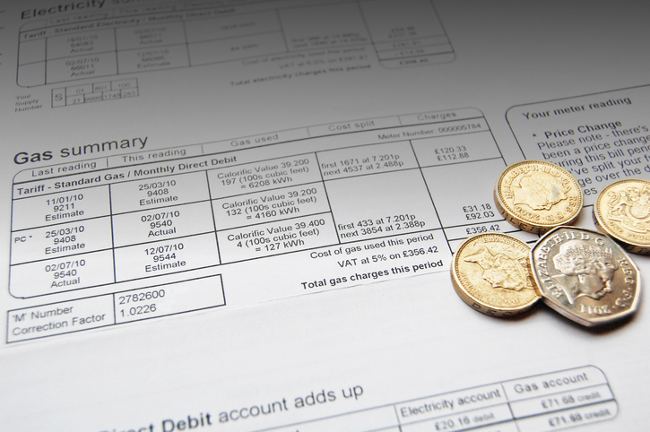 Next Story
Our real spending power is falling