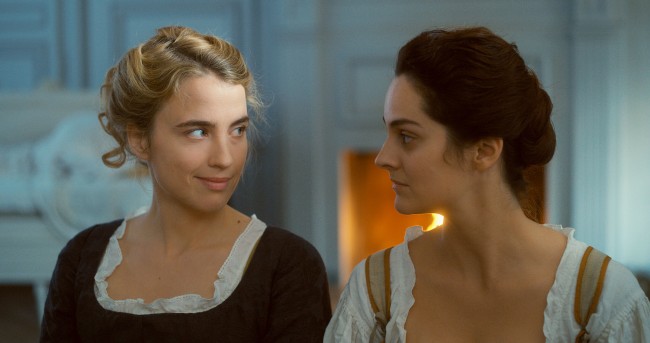 The 63rd London Film Festival which has just ended provided a rich and diverse mixture of movies from 78 countries. There was a strong instinct from filmmakers to explore urgent social and political issues through narrative and often through the use of genre, as well as the striking emergence of a new generation of filmmakers exploding onto the international stage with startlingly bold, original and ambitious works.

With nearly 230 movies screened over 12 days, the choice was often difficult, but I will now select some of the highlights from the celluloid jamboree.

An absorbing meditation on art, architecture, black culture and gentrification in California’s Bay Area is provided by Joe Talbot in his feature debut The Last Black Man in San Francisco. Jimmie (writer/performer Jimmie Fails) dreams of reclaiming the beautiful late 19th century home his grandfather built in the heart of the city, before harder times and changing demographics forced his family out. He and best friend Mont (Jonathan Majors) scheme to make Jimmie’s dream a reality. Talbot’s camera takes in a city half in the past, half in the future, where dilapidated storefronts buttress gorgeous mansions. This is a film which invents its own cinematic rhythms perfectly suited to its subject and one to make your head sing and your heart soar.

Is torture ever warranted? Has it ever thwarted a terrorist attack? Did it lead to information that found Osama Bin Laden? These are the issues addressed by Scott Z Burns’s politically urgent drama, The Report. Daniel Jones (Adam Driver) is the report writing man in the basement piecing together the facts about the CIA’s cavalier approach to torture following 9/11. But many powerful people would rather the military’s enhanced interrogation techniques stayed in the shadows and it becomes evident that Jones and the report’s commissioner Diane Feinstein (Annette Bening) have a fight on their hands. This is a lean and timely drama which recalls the politically conscious thrillers of the 70s, showing how vital it is that a nation can look clear-eyed into its own darkest moments.

A real-life case of multiple child abuse provides the disturbing theme of Francois Ozon’s angry and passionate By the Grace of God. When Alexandre (Melvil Poupaud) learns that the priest who assaulted him decades ago at a scout camp still works with young people, he tells his family what happened and seeks out other victims so that the church can take action. Even as others are persuaded to speak out, however, the Catholic establishment starts dragging its feet. Meticulously chronicling events with a linear narrative that explores different aspects of French society, experience and attitude. Ozon, aided by excellent performances, creates a powerful drama that reveals both the enduring consequences of child abuse and the complacent complicity of the church.

Sometimes an actor can elevate a reasonably good movie into being a distinctive one. Such is the case with relative newcomer Eliza Scanlen who gives a deeply moving performance in Shannon Murphy’s debut feature Babyteeth. When seriously ill teenager, Miller (Scanlen) falls madly in love with smalltime drug dealer Moses, it’s her parents worst nightmare. But as Miller’s first brush with love brings her a new lust for life, things get messy and traditional morals go out the window. Miller soon shows everyone in her orbit – her parents, Moses, a sensitive music teacher, a budding child violinist and a disarmingly honest pregnant neighbour how to live when you have nothing to lose. Murphy here treads a fine line between provocative adult drama and sweet teen romance without resorting to sentimentality.

A marriage on the rocks provides the basis for William Nicholson’s witty and truthful Hope Gap that depicts a couple in their 60s as they face the end of their marriage after 29 years. Bill Nighy is superb as a quiet man who just wants to update Wikipaedia in peace, while Annette Bening gives a barnstorming performance as his acidic and often unreasonable wife, Grace, firing out snappy one-liners whilst undergoing an emotional apocalypse. Shot with a striking sense of design and colour this is an emotionally astute portrait of a marriage of regrets uncovered, decisions made too late and the precariousness of hope.

For sheer enjoyment, you couldn’t beat Tom Harper’s heart-racing and breathless 19th-century adventure about flight and scientific discovery, The Aeronauts. Amelia Wren (Felicity Jones) and James Glaisher (Eddie Redmayne) manage to raise sufficient financial backing to embark on mankind’s highest ever balloon voyage in the interest of studying the weather. But they have to stop bickering first. Harper and screenwriter Jack (Harry Potter and the Cursed Child) Thorn perfectly capture the audacity and romance of the Victorian race into the air with special effects that make you feel you are actually inside the balloon venturing into the outer reaches of the atmosphere.

A hallucinogenic, intoxicating blend of war movie, coming-of-age tale and hostage thriller is how you could describe Alejandro Landes’s visually ravishing Monos. After an unexpected event befalls their mountain camp, a group of young soldiers in the remote mountains of Colombia must learn to fend for themselves whilst keeping an American captive secure. Keeping clear of their guerilla overlords becomes a priority even as their resources, both physical and psychological, begin to run out. With a nod to Apocalypse Now and Lord of the Flies and backed by an authentic script and stunning score, Landes emerges as a powerful new voice in cinema.

Power, love and treachery provide the driving force of Martin Scorsese’s return to the genre he helped define with The Irishman. The plot centres around Jimmy Hoffa, a labour leader and the infamous head of the teamsters union, whose connections with organised crime were wide-ranging. His career ended with a conviction for jury tampering and attempted bribery and fraud but he was pardoned by President Nixon in 1971. Not long after he disappeared. The movie is overlong at three and a half hours, but backed by a stellar cast – Robert De Niro as the Irishman of the title through whose prism the story is told, Al Pacino, Joe Pesci, Stephen Graham and Harvey Keitel nevertheless weaves an engrossing and intricate web of connected events, audaciously cutting back and forth across the decades.

The importance of unsung resistance is explored by Terrence Malick in his masterly new film A Hidden Life. Based on a true Second World War story Franz Jagerstatter and his wife Fani live in bucolic Alpine Austria with their three children, committed to a deep abiding love to God and each other. When Franz is called up to fight, he refuses to take an oath of allegiance to Hitler, and as a result, each has a price to pay. This is a film which makes an urgent call to contemporary conscience exhorting us to believe in its power even in the face of indifference. Brilliantly acted by August Diehl, Valerie Pachner and Mattias Schoenaerts, and beautifully shot, this is film making of the highest order and Malick’s resonant philosophical tribute to those who ‘rest in unvisited tombs’.

For me, though, the standout film of the festival was Celine Sciamma’s elegant, enigmatic drama of obsession Portrait of a Lady on Fire. The setting is 18th-century Brittany where an Italian noblewoman (Valeria Golino) has engaged what is officially a ladies companion for her beautiful daughter Heliose, (Adelle Haenel) who has just come out of a convent and is recovering from the loss of her sister. The companion is artist Marianne (Neomie Merlant) and the countess wishes her to paint a portrait of Heloise to be shown to a wealthy and prospective husband in Milan, because headstrong Heloise would never consent to sitting for any such picture. Marianne and Heloise duly go for walks and a close relationship develops between them. When Heloise’s mother leaves for business in town, the smouldering between the two women ignites. This memorable, superbly shot movie, in which each scene looks as if it could have been lifted from a painting of the period, is also a film that redefines the construction of the gaze – of the protagonist, the camera and the viewer – on the female form. In short an engrossing story of love set against impossible social and cultural barriers. 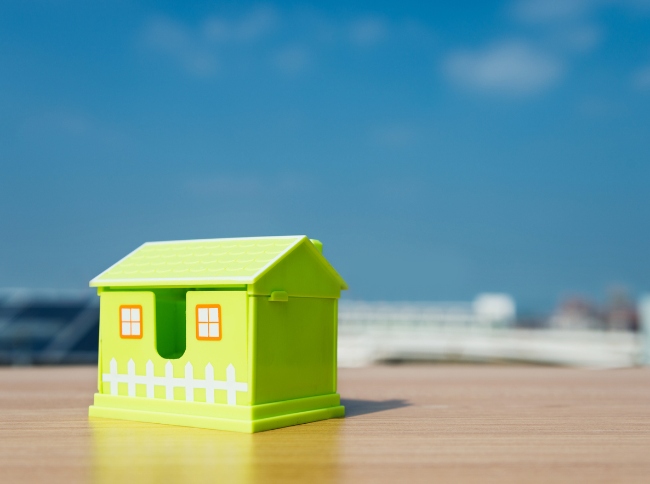 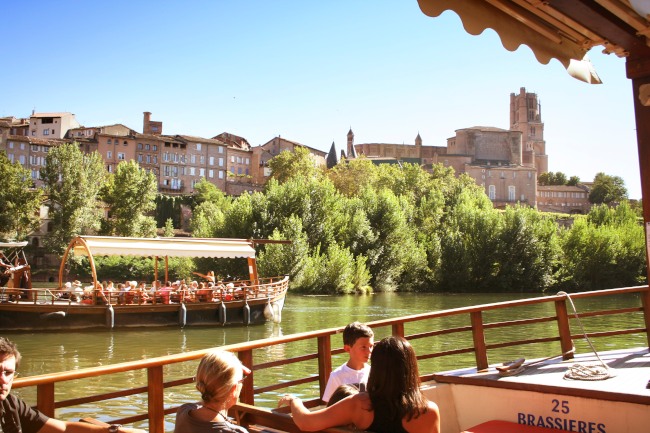 Next Story
Albi – so typically French