Histria Books announces the release of “Revelations of Byzantium: The Monasteries and Painted Churches of Northern Moldavia”

Histria Books is to release a paperback edition of Revelations of Byzantium: The Monasteries and Painted Churches of Northern Moldavia by Alan Ogden. The book is published by the Center for Romanian Studies, an independent academic research institute dedicated to promoting knowledge of Romanian history and culture in the world and whose books are published exclusively by Histria Books.

The monasteries and painted churches of Moldavia stand today as a testament to the rich cultural and spiritual heritage of the Romanian people. As the Romanians living in the historical provinces of Wallachia, Moldavia, and Transylvania, which today form modern Romania, struggled to maintain their autonomy against Ottoman expansion, their relative freedom allowed them to express themselves both artistically and culturally. Among their most remarkable creations are the monasteries and painted churches of Moldavia, in north-eastern Romania, the subjects of this book. These monuments, unique in the world, reflect a cultural legacy inherited from Byzantium and the Roman Empire.

After the fall of Byzantium and the expansion of Ottoman rule throughout the Balkan Peninsula, the Romanian principalities became the most important depository of the Byzantine heritage. It was here that this tradition was preserved, having been passed on to the Romanians of the Middle Ages by their ancestors. From here, this heritage continued to spread throughout Europe and influence European society and culture, creating the historical phenomenon that the great Romanian historian Nicolae Iorga would refer to as “Byzantium after Byzantium.” The monasteries and painted churches of Northern Moldavia stand today as true revelations of Byzantium.

This full-colour, large format, album is written and photographed by Alan Ogden, the author of Romania Revisited: On the Trail of English Travellers, 1602-1941 and Fortresses of Faith: A Pictorial History of the Fortified Saxon Churches of Romania, both published by the Center for Romanian Studies. The author provides a comprehensive introduction discussing the art and architecture of the monasteries and painted churches of Northern Moldavia. Each church is then presented separately in words and pictures to reveal its own unique history and artistic beauty. Also included is an introduction to the history of Moldavia and Romanian lands during the Middle Ages by Kurt W Treptow, a noted specialist on Romanian history, and original illustrations by renowned artist, Octavian Ion Penda.

Revelations of Byzantium: The Monasteries and Painted Churches of Northern Moldavia (ISBN 978-1-59211-050-6) is available as paperback from 21 February 2021from Histria Books and all major book retailers.

Our aim is to provide content for 'grown-ups' bringing you the latest lifestyle, travel and recipes. Plus health and finance tips from our expert columnists. Have your say on stories that matter to you and enter our free competitions and most important of all, enjoy 50connect!
Last modified: January 26, 2021 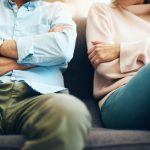 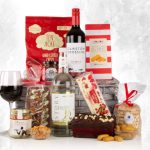 Next Story
Win The Luxury Hamper (worth £53.99) from Red Letter Days

This website uses cookies to improve your experience while you navigate through the website. Out of these, the cookies that are categorized as necessary are stored on your browser as they are essential for the working of basic functionalities of the website. We also use third-party cookies that help us analyze and understand how you use this website. These cookies will be stored in your browser only with your consent. You also have the option to opt-out of these cookies. But opting out of some of these cookies may affect your browsing experience.
Necessary Always Enabled
Necessary cookies are absolutely essential for the website to function properly. These cookies ensure basic functionalities and security features of the website, anonymously.
Functional
Functional cookies help to perform certain functionalities like sharing the content of the website on social media platforms, collect feedbacks, and other third-party features.
Performance
Performance cookies are used to understand and analyze the key performance indexes of the website which helps in delivering a better user experience for the visitors.
Analytics
Analytical cookies are used to understand how visitors interact with the website. These cookies help provide information on metrics the number of visitors, bounce rate, traffic source, etc.
Advertisement
Advertisement cookies are used to provide visitors with relevant ads and marketing campaigns. These cookies track visitors across websites and collect information to provide customized ads.
Others
Other uncategorized cookies are those that are being analyzed and have not been classified into a category as yet.
SAVE & ACCEPT
Powered by