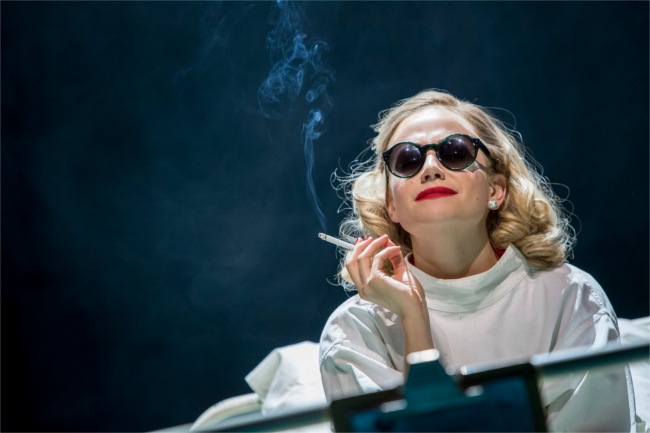 It is an unenviable task to step into the shoes of Hollywood icon but singer/songwriter Pixie Lott really sparkles in her theatre debut as Holly Golightly, the role made famous by Audrey Hepburn, in Nikolai Foster’s new stage production of Breakfast at Tiffany’s (Theatre Royal Haymarket).

The place is New York City, the year 1943; Holly Golightly is a socialite with a secret background. Her mystery and loneliness attracts the attention of her neighbour, an aspiring young writer, Fred, who is enamored by her charm and presence and instantly falls in love with her. But Holly has her eyes set on much richer men, and is described as an “American Geisha” for the shameless way she can manipulate much older men to fulfill her needs.

The writer, who also acts as narrator, observes her behaviors and after a series of disasters, manages to help her out of multiply sticky situations. As Holly’s plans to marry a rich men each begin to crumble, she realises that love can sometimes be right in front of your eyes.

Adapted by American Richard Greenberg from a 1958 Truman Capote novella, the script remains faithful to the book, though the show does at times drag. Yet, while this play is a bit slow and disappointing in places, it also manages to be witty and truthful about relationships at other times as well. Mathew Wright’s evocative if sparse design, which has key components of a Manhattan apartment block sliding on and off gives the story a firm sense of realism.

But it is pixie Lott as the fascinating, insouciant and utterly elusive good-time girl Holly Golightly, someone that every girl wants to be and every man wants to be with, who gives the show its particular appeal. Charismatic and stylish, her vivacity is dispensed with flashing smiles, pouting lips and raised eyebrows in a manner of coquettish amusement… At varies moments Lott returns to her roots by delivering the Henry Mancini song specially written for the movie, Moon River, in a smoky voiced, seductively drawn out rendition, with Lott strumming her own guitar accompaniment. A small point, though, I wish some of the dialogue had been delivered with greater clarity.

Matt Barber (of Downton Abbey) as the penniless writer, Manages to convey his complex, chaste obsession with Holly, although it is suggested he is gay. There is also fine support from the two other besotted men in her life: Victor McGuire as the bartender Joe and Robert Calvert as Doc, who first new Holly as a dirt-poor kid, and a stand out performance by Naomi Cranston as a so-called friends who gate crashes into Holly’s life and parties.

The one cast member though, who seems really at home is Bob the white Persian cat playing Holly’s abandoned moggy Slob; the adorable creature steals the show at the end by running along the back of the stage.

Runs until September 17 at the Theatre Royal Haymarket

Our aim is to provide content for 'grown-ups' bringing you the latest lifestyle, travel and recipes. Plus health and finance tips from our expert columnists. Have your say on stories that matter to you and enter our free competitions and most important of all, enjoy 50connect!
Last modified: August 4, 2016 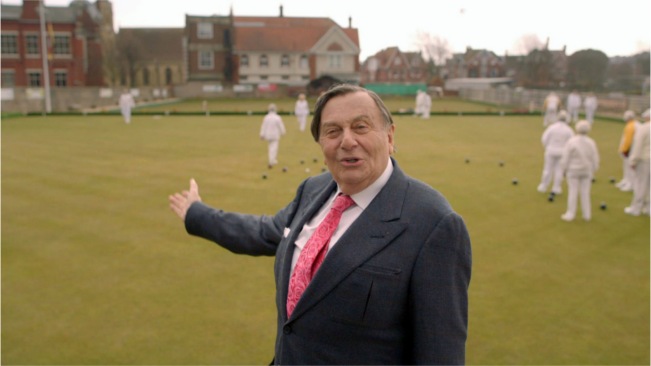 Previous Story
A Granny’s Guide to the Modern World
→ 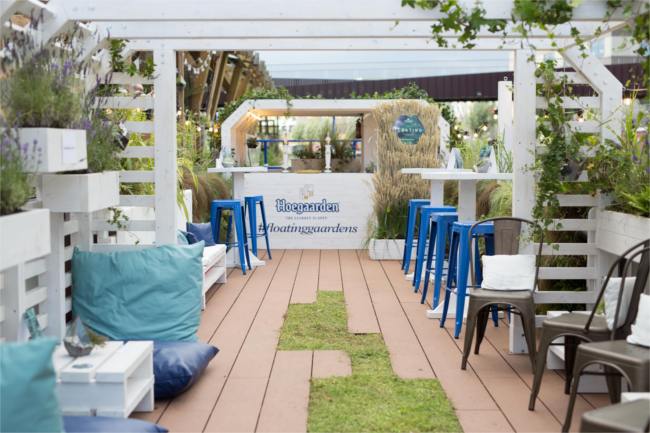