Laurence Green finds Terry Johnson’s revival of Dead Funny to be as fresh and funny as it was when it debuted in the 90s. 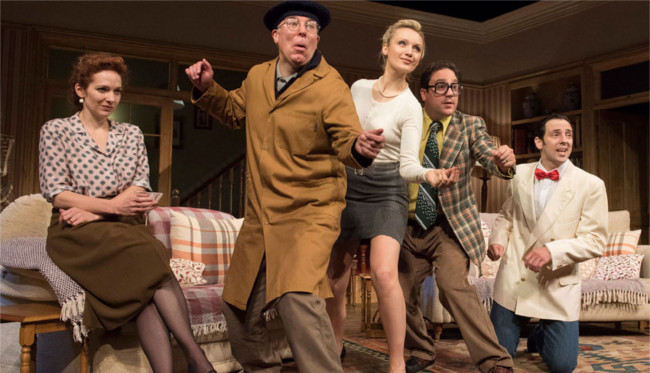 The healing, redemptive powers of comedy come to the fore in Terry Johnson's hit 1994 play Dead Funny, which returns to the West End (Vaudeville Theatre) in an excellent new production, also directed by Johnson.

The action takes place entirely in a suburban living room in April 1992. Benny Hill has just died and three members of the Dead Funny Society gather to mourn the loss in the house of one of their number: 37-year-old consultant obstetrician Richard. Richard's wife Eleanor is desperate for a baby despite the fact their marriage is a disaster. A hilarious and awkward scene ends up with Richard naked on the carpet while Eleanor can hardly bring herself to touch him.

When news of Benny Hill's demise reaches them, another couple comes to mourn: frustrated young mother Lisa and her tall boorish husband Nick. Joining them is camp, single Brian. "Life, however impoverished, must go on," Eleanor observes and thereafter suffers the others amateurish attempts to evoke the spirits of their dead heroes – Benny Hill, Frankie Howerd, Morecambe and Wise and Tony Hancock. Eleanor grimaces, throws barbs, and openly reveals the extent of her suffering. Everyone else is hiding problems beneath gags.

This is a play about the ease with which the emotionally insecure can take refuge in comedy, rather than make meaningful connections with the people in their lives. It is above all about emotional survival, how we struggle to survive the oddly necessary lies and insurmountable cruelties that we heap upon one another as we lead our lives in one another's company. And how laughter helps us cope and obfuscate. The play is by turns funny and painful, sometimes both at once with Terry Johnson effortlessly slipping between gears so that a send-up "tribute" also serves as a perfectly crafted homage to the gagsmiths of old.

Assisted by sundry skeletons tumbling out of closets – I won't reveal them as it might spoil your entertainment – this deft, honest anatomy of marriage and mirth – "When we celebrated our third wedding anniversary, I felt like hanging myself!" Eleanor remarks at one point – climaxes in a melee of uproarious slapstick in the manner of all good farces.

The star of the show is undoubtedly Katherine Parkinson, charged with the play's tragic heart, who cuts through the goofiness with a master class in sardonic exasperation as Eleanor and the look of exquisite anguish on her face as the members of the society recreate comedy sketches at length is a joy to behold. She is supported by a strong comic cast – Rufus Jones as the pompous Richard, Emily Berrington as the lively but venerable Lisa, Ralf Little as her husband Nick and Steve Pemberton as Brian, the most well adjusted of the characters.

This play still seems as fresh and newly minted as it did when it was first staged some 22 years ago and provides a rich and rewarding evening in the theatre.

Playing at the Vaudeville Theatre, London, until Saturday 4 February 2017/

Laurence is 50connect's theatre and film critic. When he’s not at the Menier, National or the Old Vic, Laurence binges on films around the West End.
Last modified: December 2, 2016 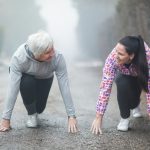 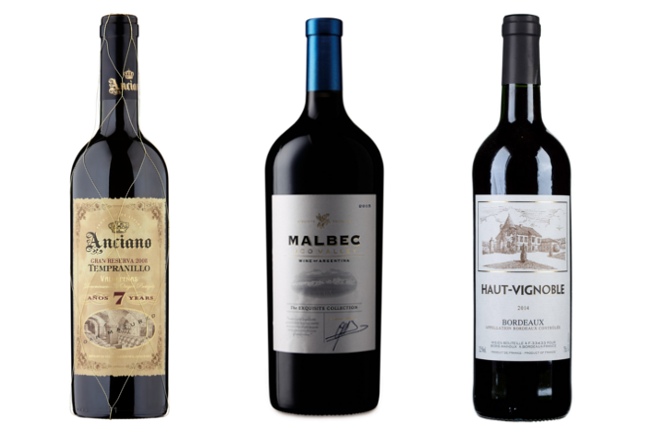