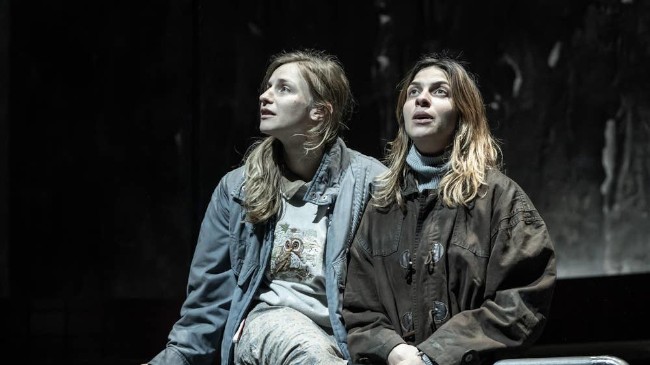 No play could be more prescient than Michael Longhurst's revival of David Greig's 1994 drama Europe (Donmar Warehouse) about a Europe rocked by tensions and divisions.

The play is set in the railway station of an unspecified and nondescript border town somewhere on the Continent. The trains no longer stop, the factories have closed and the town is slowly dying. Sava and his daughter Katia have turned up as refugees from an unnamed war–Bosnia perhaps or Syria–and are sleeping in the station, though they have no intention of staying there. It is the arrival of these strangers that sets in motion a chain of events among the downtrodden and overlooked locals. First there is the officious stationmaster Fret, a stickler for order, who initially wants to be rid of this human flotsam, washed up in his place of work, but gradually softens and starts to see them as people. He becomes friends with Sava. At the same time Adele, the stationmaster's assistant, who longs to escape from this place and see other cities, finds herself drawn to Katia. Meanwhile Adele's unhappy, jobless husband Berlin begins to espouse the anti-immigrant rhetoric of the skinheads who exert their violent influence in the town, and this anger eventually erupts into devastating violence.

This is a tale of love, loss and longing which confronts the bleaker meanings of nationhood, identity and globalisation. There is a darkness that permeates throughout the play–there are constant mentions of wolves moving out of the forest and heading closer to the town each night. Admittedly it takes a while for the drama to really kick in–the first half is rather slow and uneventful–but then it takes a grip, building up to a powerful and unsettling climax.

Chloe Lamford's atmospheric set divides the stage in two, the bottom half consisting of oxblood tiles and moulded plastic seats, the top half of decaying concrete, dotted with a few tiny houses. A bank of fluorescent lighting shimmies each time a train passes and surtitles are used to announce each new scene.

Incoming Donmar director Michael Longhurst elicits commendably naturalistic performances from his ensemble cast of eight. Ron Cook relishes his role as Fret and has a terrific rant about the way a Polish stationmaster's fondness for sausages can delay an entire transcontinental train. Kevork Malikyon lends a calm tenderness to the gentle Sava, who understands "the random chaotic winds of current events" but cannot stop them harming him, while Natalia Tena brings a nervy intensity to the role of the conflict-hardened Katia. Faye Marsay lends station worker Adele a mixture of pathos and defiance and Billy Howle is chilling as her disillusioned husband Berlin. Also worth mentioning is Shane Zaza as charismatic black-marketeer Morocco, for whom borders "are magic money lands" because currency, contraband and even people change their worth when they move over these arbitrary borders.

Although over a quarter of a century old, the play remains a timely warning about the dangers of a divided Europe. 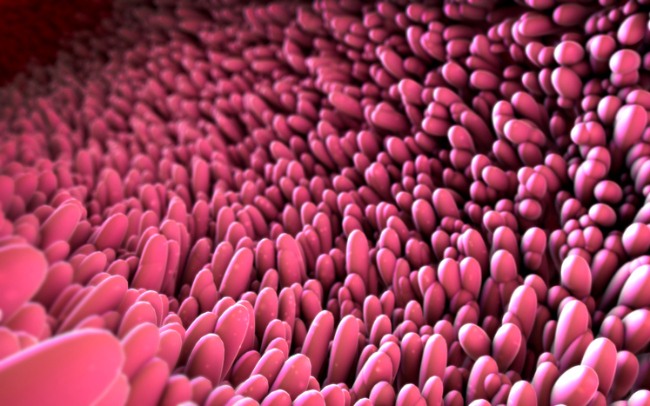 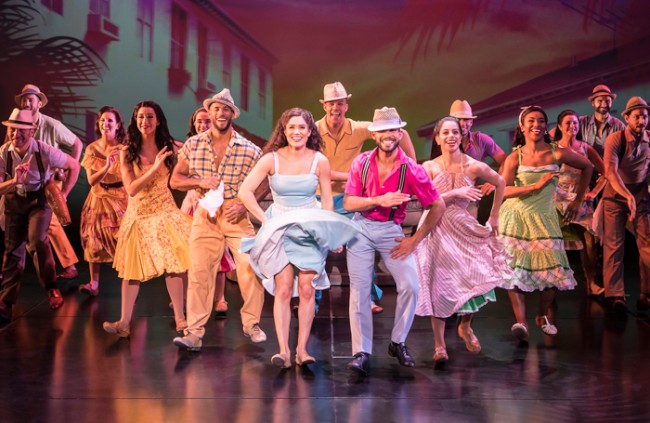 Next Story
On Your Feet